As premium EVs have really taken off (i.e. Tesla and Polestar), it’s refreshing that two of the best zero emissions models to come out this year are actually from the Korean brands: the Hyundai Ioniq 5 and Kia EV6. Darpan has tested both — which ride on the same Electric-Global Modular Platform — most recently the latter, and here are some of our thoughts on the sporty compact crossover. 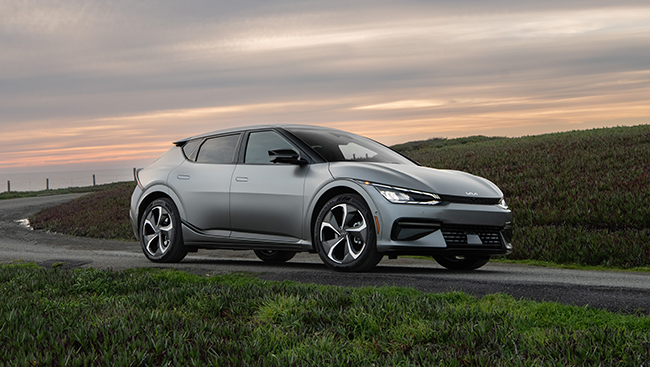 “The EV6 marks a new and transformative era in Kia electrification,” said Sean Yoon, president and CEO of Kia North America. “This innovative offering leverages the many benefits of its advanced platform to offer a level of technological excitement and convenience that will provide a superb ownership experience.”

Whereas the Ioniq 5 goes for a neo-retro aesthetic proving popular with the public so far, the sister from another mister possesses looks that’s a little polarizing. Conceived jointly by the brand design studios in Seoul, Frankfurt and California, the styling language is called Opposites United referencing the contrasts found in nature and everyday life.

Sadly, the signature tiger nose grille is no more, replaced by a so-called digital tiger face where multiple elements of the front fascia evoke a sense of the majestic animal. LEDs embedded in the outer edge of the head and tail lamp housings allow neat sequential lighting properties. The vehicle has a hunkered down stance and wear wheels between 19 and 21 inches in diameter, and actually shares the same wheelbase as the Telluride. At the rear, the high deck juts out like a duckbill and together with the subtle roof wing gives a double spoiler effect. 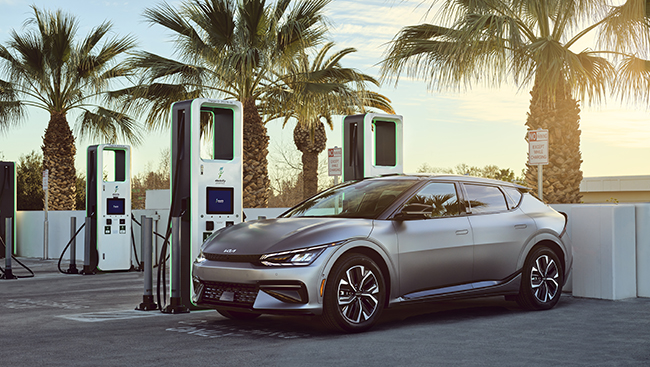 There’s an extensive use of recycled plastic throughout the cabin including vegan upholstery. The two-spoke steering wheel looks just the right amount of futuristic, but the 12.3-inch infotainment display is mounted too far away from the driver to comfortably reach. Being 100 per cent touch also makes navigating the Meridian Premium Audio System a clunky task. And for a 14-speaker stereo, the sound is perplexingly tinny. A large storage cubby beneath the centre console is perfect to stash a bag or large electronics. 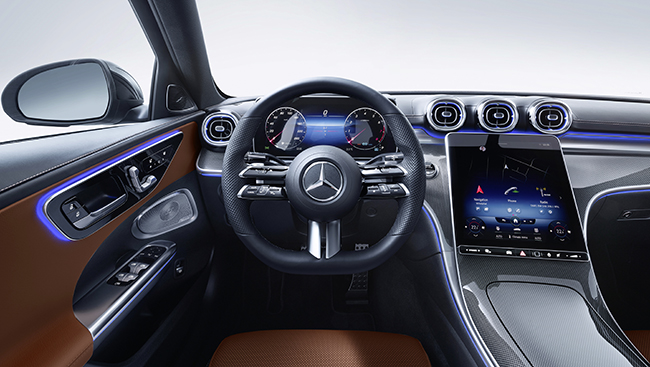 The EV6 is sold in a number of powertrain and drivetrain configurations to suit different needs and budgets. The press loaner was spec’d with a 74-kilowatt front and 165-kilowatt rear electric motor creating a combined 320 horsepower and 446 lb-ft of torque. A big 77.4-kilowatt-hour battery yields around 440 maximum kilometres of range. Mighty impressive.

Total travel distance will of course dip depending on factors such as the weather, or if the air conditioning (that was on the weak side even at full blast) or ventilated seats are on. To try and gain some kilometres back, however, the SUV has a pretty cool customizable brake regenerative system. Tugging on the paddles behind the steering wheel alter how strong the effect is — at maximum, it essentially allows for one-pedal driving where the vehicle slows down significantly whenever the accelerator is released. 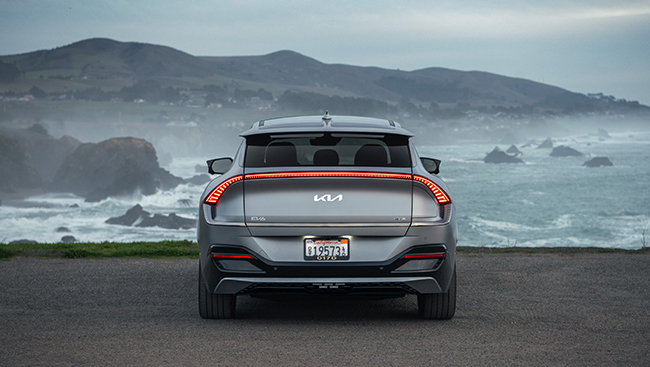 Boasting a five-link rear suspension and battery mounted under the floor creating a low centre of gravity, handling is above average and piloting the EV is actually fun. And when the GT model arrives later in the year, things should be kicked up yet another notch as a pair of beefier motors are set to push 576 horsepower.