"My parents introduced film at a very young age. We would go to Strawberry Hill Movie Theatre every Friday night without fail so that really sparked my interest''- Nikhita Singh

There are lots of people who shy away from the limelight or being a public figure but that’s not the story of Nikhita Singh. From a very young age, she knew she wanted to become an actress and appear on the silver screen.

Surrey born and raised Singh says “My parents introduced film at a very young age. We would go to Strawberry Hill Movie Theatre every Friday night without fail so that really sparked my interest”.

Thus, the stage was set for Singh and there was no looking back. She fell in love with the craft whole heartedly once she enrolled in her very first acting class. 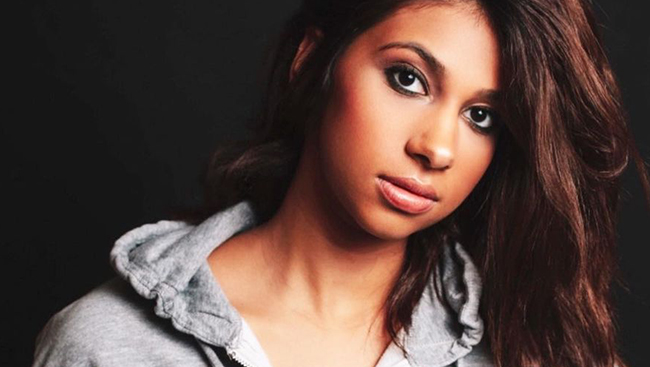 Singh shares that her loved ones always supported her passion for the artistic world “My family always encouraged the arts and taught me to use my imagination. When I turned 16 years old I got the opportunity to work as a television host on a local television show called Zindagi on Shaw Multicultural channel”.

While in high school she worked full time as a television host covering events around the city and interviewing several celebrities that would visit Vancouver. Being on Zindagi, served as an impetus to a concrete realization that choosing a path in this field was a possibility.

Singh adds “Atish Ram the producer of Zindagi  gave me an opportunity of a lifetime really believed in me and always encouraged me to follow my dreams. I was always inspired by the former hosts on Zindagi Shreya Khanna who went on to work for ET Canada and Agam Darshi who is an actor and has recently won awards for the film Donkey Head which she wrote , directed and acted in; the film is on Netflix for the world to watch”.

She gives full credit to Zindagi for shaping her thought process and honing her skills in front of the camera and also allowing her to wet her feet in scriptwriting and interviewing.

Singh says “for 6 years Zindagi taught me so much that I will carry through my life. I am so grateful for the experience. I had the opportunity to interview celebrities such as Sugar Sammy, Salim Merchant, Raj Pandit, Shashaa Tirupati, and many more as well as covering events around the city such as the South Asian Film Festival , Vancouver Fashion week, and charity events”.

After getting recognition on Zindagi she was approached by many in the South Asian community to cover red carpet events. One event that has a special place in her heart is the Mannkind Charity event. She was invited to work on a video which held importance for the event. She truly felt it was a privilege and as she much appreciates the work Mannkind Charitable Society does til this day.

Acting allowed her to venture into modelling for sometime as well.  She worked as a model for over one season with the well known and much loved Bridal Fashion Week event. 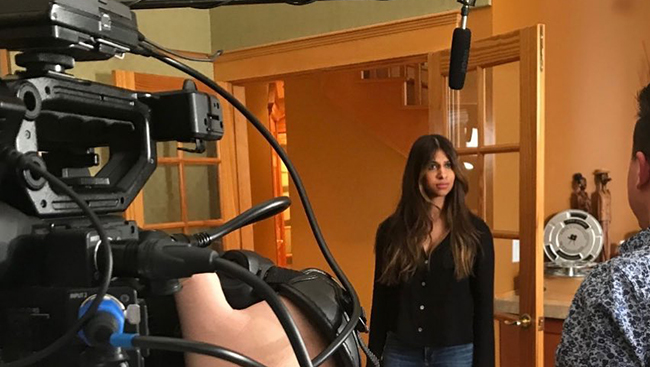 She had a blast working alongside organizers and designers Parvesh and Jai.  The event was choreographed by Liza Varma who is a former Femina Miss India.

Singh says “ It was special to work with Liza Varma who has trained well known models and actors for example one being Harnaaz Sandhu who is well known now for being Miss Universe. I walked for celebrity designers such as Samant Chauhan , Reynu Taandon, Armaan dbg , Satya Paul, Royal Fables and more”

After exploring the world of glitz and glam, she jumped back into acting and began training at different studios in Surrey & Vancouver to dive deeper into the craft and sharpen her tools year after year.

“Shortly after I was signed by one of the top agencies in  Vancouver and started auditioning for very well known television shows , Netflix films, commercials and voiceovers . When I wasn’t auditioning I was creating my own work” explains Singh.

She recently worked on creating a short film with some friends in Vancouver which will soon be released. The film is written by Walnut House Productions and was an exciting project to be a part of.

Singh shares “2022 opened up for me with some groundbreaking news. In January, I  got accepted into one of the top acting schools in New York City. The Lee Strasberg Institute is where some of my favourite actors such as  Robert De Niro, Chris Evans, and Lady Gaga have trained to name a few".

She has been living in Manhattan for 7 months now and it feels surreal and her set is her safe space.

The Big Apple is a magical place for Singh and she has grown exponentially as a performer and that’s what makes her work hard everyday.

Singh’s message for those who want to pursue acting, television, or film is “As an actor I believe one should never stop training, to be the best at your craft one must always keep their tools sharp and be ready to work”

Her love for the craft knows no bounds and she never thinks of quitting and that is what keeps her going. This is just the beginning for Singh and with her can do attitude, let’s hope she wins an Oscar!

Manreet Sandhu, is one of the best and the brightest minds within our community. A graduate of L A Matheson Secondary School and a recipient of a whopping $40,000 scholarship from the prestigious Cmolik Foundation. Surrey born and raised Sandhu has been actively engaged within the community and embodies a spirit of volunteerism.

Samriddhi Singh is a 19 year old Vancouver -based actress, model, self-love educator, violence prevention facilitator and a pageant coach. She is the first teen to be representing Canada at the Miss Teen International pageant that is set to take place this year in Ecuador.

Sarthak is one of the recipients of the $100,000 Schulich Leader Scholarship which is Canada’s most coveted undergraduate STEM scholarship. The Schulic Leadership Scholarship is awarded to enterpreneurial-minded high school graduates enrolling in a Science, Technology, Engineering or Math (STEM) program at 20 partner universities across Canada.

In terms of what the future holds, she is excited to be representing Canada at the  Miss Teen International pageant in Ecuador. She hopes to make her mark in Hollywood as well as Bollywood and continue to pave the way for other young girls to give wings to their dreams while spreading love and positivity.