"There is systemic racism everywhere, just by its definition and also systemic misogyny, homophobia, transphobia, fat-phobia, ableism and the list goes on. We have to fight it on every front and call it out when we see it. That’s the only way to move forward." - Amandeep Singh, BC NDP MLA FOR Richmond-Queensborough

When you hear first turbaned Sikh elected to the legislature, what significance does that hold for you?

It is another step forward in the many steps taken by those who came before me, I am thinking of the people on the Komagata Maru, the Ghadr party, the fight for the vote, the first legislator in the BC legislature. and to have such a visible symbol speaks volumes to the openness of people. I think of what inspiration a young man would have taken from seeing someone that looks like himself in this position and I hope I can be a good role model.

Which key areas do you want to focus on for the riding of Richmond Queensborough?

You know during the campaign and even before the campaign, I was hearing a lot of concerns from people about the pandemic. We are living in an unprecedented time, the future can look and seem very scary and unknown to many of us. So my focus will be on working with my colleagues to make sure that we stay safe and healthy during these times and that we come out of it with an economic recovery that carries all of us forward. 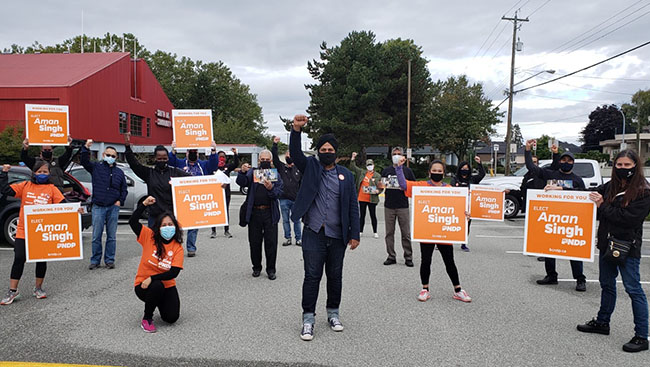 What will you be doing to push the mandate of diversity forward?

Being unapologetically present and visible is a start. I have always been an advocate for social justice and I will remain that. What exactly I do will really depend on whatʼs in front of me. But I know I am starting from a good place when I look at the diversity of my colleagues in the BC NDP caucus.

Do you feel there is systemic racism within your own party?

There is systemic racism everywhere, just by its definition, and also systemic misogyny, homophobia, transphobia, fat-phobia, ableism, the list goes on. We have to fight it on every front and call it out when we see it. That’s the only way to move forward. I do know that I ran with the most diverse set of candidates ever fielded in BC and that’s a positive step, it shows that the BC NDP is committed to progress. 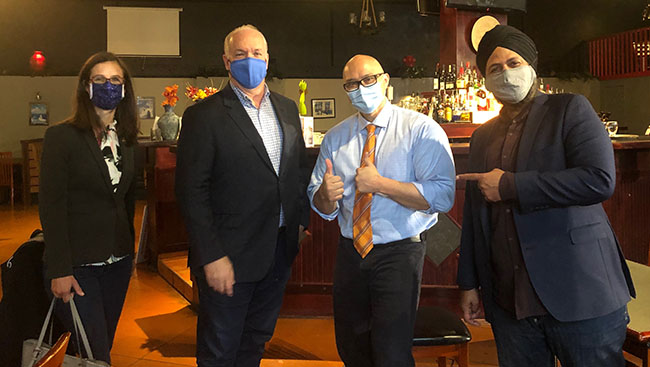 What will be your greatest challenge as the new MLA for the riding of Richmond-Queensborough?

I will find out as I start the job.

With your background as an accomplished civil and human rights lawyer why did you decide to throw your name in the hat for politics?

I have always been an advocate ever since I was a teenager growing up in Hong kong. It is why I chose to attend the university of California at Berkeley for my undergraduate studies and why I became a lawyer. This is a natural progression, a MLA, after all, is a representative of the people and advocates for them.

Do you admire any politicians for the work that they have done?

There are so many people, politicians, writers, activists that I admire, I wouldn’t know where to start. 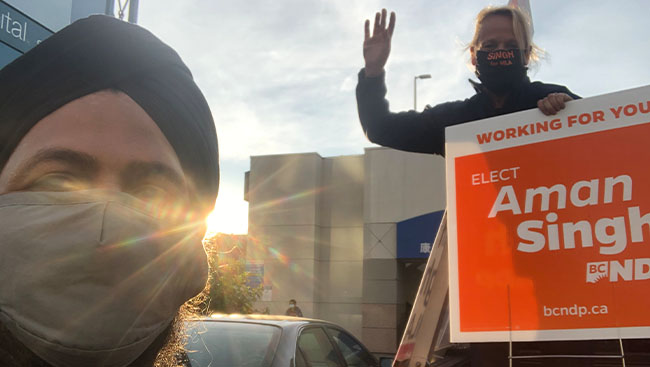 What was the highlight of your social activism work?

Just like the last question, there has been so much that maters to me including the Komagata Maru apology. I think that amongst others stands out. I worked with the other directors at the professor Mohan Singh Memorial Foundation for years on this, I drafted the wording of the petition, so I am quite humbled and grateful that I got to do that.

How do you think you will balance family and being in office?

Balance is really key in life. I know it will be a challenge but I will have to actively and consciously wake up and remind myself of what is important in life and recommit myself to that.

Learn from adversity, the world is a wonderful, generous place, it’s just waiting for you to make a mark on it.

Journalism is not about colour. It’s about courage. It’s not about where you come from, it’s where you are going. Use your ethnicity for context not conflict.