Founder Ravi Singh’s small initiative to be of service to those in need has turned into a global organisation. Khalsa Aid is now recognized as an international NGO with the aim to provide humanitarian aid in disaster areas and civil conflict zones around the world. The organisation is based upon the Sikh principle of “Recognise the whole human race as one”.

The idea of taking the concept of langar aka Sikh community kitchen to people or regions that needed it the most gave birth to Khalsa Aid organization in 1999 in London, United Kingdom. Singh recalls the moment vividly as it was the during that time that a vicious civil war was taking place in Kosovo, a disputed territory and partially recognized state in Southeast Europe. He saw the footage of the Kosovan refugees on the news and was inspired by one Sikhi ideology in particular – “Sarbat da Bhalla” meaning “well-being for all” – recognising the humanity in us all and reaching out to those in need, regardless of race, religion, borders. “I read in the newspaper about a small group who were organising an aid convoy to Albania. I phoned the group from the newspaper and asked to join them to help deliver aid donated by the Sikh community who had been extremely generous in giving food and money – within two weeks we were on our way with two trucks and a van load of aid to Albania,” he recalls. This led to the formation of Khalsa Aid. 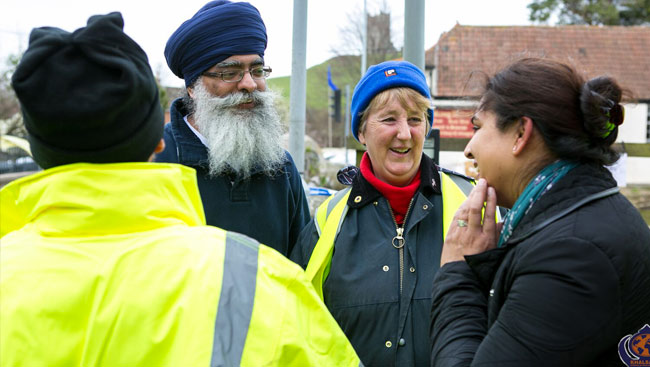 “The vision of Khalsa Aid has always been to show the world that Sikhs are humanitarians, that we are driven by humanity, and we are what the Khalsa means. Since the beginning of 1999 to now, Khalsa Aid has become an international global organization with chapters in Australia, Canada, America, India, UK and Africa. The vision is coming alive,” shares Singh.

Singh and his team have provided humanitarian aid in Syria, Yemen, Nepal, Kenya, Greece, Lebanon and Congo, among other regions. Currently, Khalsa Aid is supporting Syrian refugees and the Yazidi IDPs in the Middle East, especially in Iraq; building a clinic in a refugee camp in Iraq particularly for women refugees who are struggling with health care; installing water pumps in Kenya, Zambia, Malawi and the Gambia; relaunching their Pad The Path which provides reusable sanitary pads to young girls and women in Africa who are struggling through period poverty; and organising huge langar aid projects in England and providing hot meals and other support for the vulnerable and the homeless. “Khalsa Aid is supporting the farmer’s protest in India by providing food, water and other essentials. In Punjab, we opened a school for children not long ago and we also have five education centers and many more planned across the state. We are funding across India and Punjab medicine and medical operations for those who can’t afford it. We are also running a hospital in Jammu called the Guru Nanak Mission Hospital. There is a lot going on and we have more projects lined up across the world,” adds Singh. 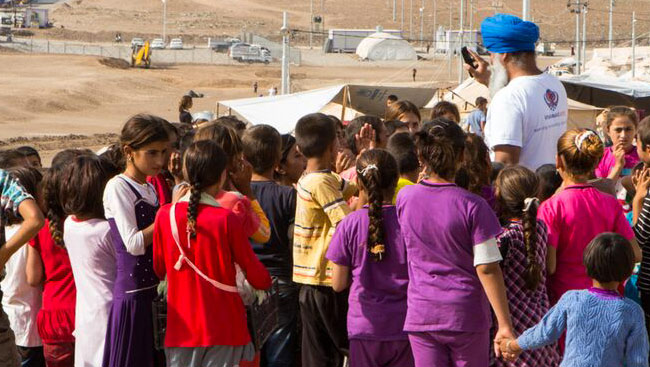 During the pandemic, the team couldn’t travel at all but the local voluntary groups and volunteers in many countries managed and carried on with Khalsa Aid projects. During Covid-19, Khalsa Aid in the UK, Canada, America and Australia started supporting the international students stranded in Russian, Ukraine and Cypress. “We also supported day labourers with food packs in Kenya and Peru. We had minimal staff but we relied on our international partners, networks and contacts to deliver aid on our behalf,” says the founder.

The beauty of Khalsa Aid is that you don’t have to be a Sikh to be part of the organization or be of service. “Doesn’t matter what background you are from, you just need a big heart,” Singh states clearly. You can also help through donations and other forms of support. His message to those wanting to do seva is: “Once you really want to move into the seva field, you have to see everyone as an equal. You can’t judge people by their religion, race or colour. Everyone to us is a human being first. You need to respect every human being as you would respect someone close to you. More helping, less judging.”