Darpan News Desk Darpan, 04 Feb, 2022
Sargun Mehta is a boss lady! She is an amazing actress who we have seen in several television shows as well as Punjabi movies. She completed her first Bollywood movie, has also forayed into writing and production, and is super engaging even on Instagram. No one is forgetting that 'mein apni favourite hoon' video she posted a few weeks ago.


Her last movie Qismat 2 received amazing reviews calling the movie soul-stirring and magical. The actress talks about her love for love stories, "I love deep love stories. But like any other actress, I would like to try my hand at everything. I just completed a thriller, a family entertainer, and a comedy role. But love stories are special and will be close to my heart."

Sargun began her journey with acting when she was in college. She starred in theatre production, and later ventured into television roles. She made her screen debut in 2009 with Zee TV's 12/24 Karol Bagh. But what changed her life forever was her role in Colors TV's drama series Phulwa. She received critical acclaim for her role as Phulwa Singh. She started her journey in the Punjabi film industry with the movie, Angrej for which she received a PTC Punjabi Film Awards for Best Actress. In 2016, her role as Jessica Brar in Love Punjab garnered her a Filmfare Award for Best Actress. So when you ask her what's her first love is, television or Punjabi movies, she says, "I found a d different kind of success and love in the Punjabi film industry, and that will always be my first love. Always. " 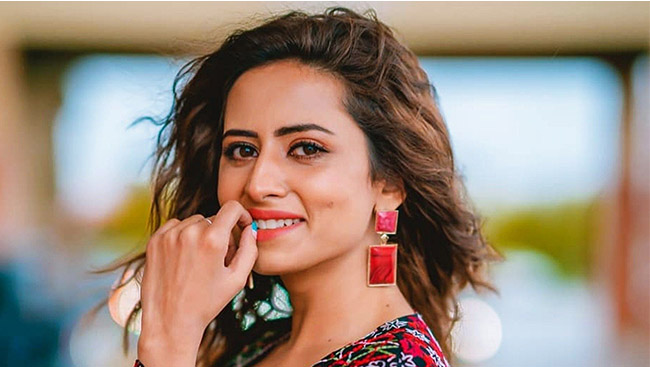 Delving deeper into the subject of Punjabi movies, we asked Sargun about the Punjabi film industry's revival. After several years, the industry is coming back to life with some fantastic stories and amazing acting. For which Sargun says, "If I had to say that, six years back, when I joined the industry, there were about 10 movies that were made a year. Today, there are about 70-80 films made a year and that says a lot about the growth of the industry. I also feel like the day is not far away when we will touch a 100 crore mark. We have a different kind of audience who believe in Punjabi cinema, who support the industry, and want to watch it. I think it is because of this trust that we have been able to assemble that kind of audience over the years. I wish we grow to an extent and gain our own individuality like the South industry. We will soon have our own box office successes and records to talk about."

Continuing our conversation about the Punjabi film industry, we asked Sargun about more women-oriented movies and if she will want to be part of one?  "Of course yes," she quipped, adding, "We have done quite a few women-centric roles in the past. I have done a few and I think the audience should also have a little more faith in the story than just the hero. "Hero kaun hai?" shouldn't be the first thing everyone should want to know. I think it is the kind of trust that people need to build. It is going to take its own sweet time but we are hoping it doesn't take too long to make movies where the story revolves around the actress."
Even though the Punjabi industry has been releasing some amazing content both on the big screen as well as on OTT, are there things Sargun would like to change about the industry? "I could say that we don't do things very professionally and methodically. What I mean when I say this is that, we don't have contracts or are not bound by paper. These things won't happen in the other industries. But honestly, I don't want to change these things about the industries. I don't want to change anything about it because this industry is all heart. It doesn't work with so much brain as Bollywood or the South industry. I'm sure people will get back to me and say, 'this is why we are not growing to a 200 crore industry." But that is fine. We are growing at our own pace. I know we are all heart and we are all about the people and I don't want to change that about us. I don't want it to be all about business and economics. We are in this for the love and it is pure that way. We rather have it that way," she shares. 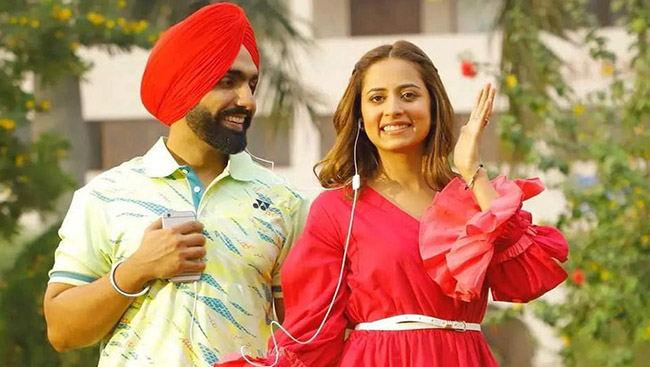 Having been part of the Punjabi industry, is Sargun open to doing movies in other regional languages? "I am open to portraying any kind of role that excites me. A good script or a role that thrills me will immediately capture my attention. I don't care about which platform, what languages, etc. If something has to become big, it eventually will no matter which platform it is on. Sometimes it becomes big in a one-minute video on Instagram, sometimes it doesn't become as big even with a mega film in India. It is a 200 crore film and it flops. So if anything excites me as an actress then I am on board," says Sargun.

Having set foot in the world of writing and production, Sargun shares that it is no easy task. in fact they have both taken away her sleep at night. " I don't know how I fell into that trap. (Laughs). Production started off being my second baby and it was always a side project for me. There are projects when I believe in or like and don't take off, or projects that don't do as well as much as I would have liked it to. There could be several reasons why a project may fail, but it all comes to the producer ultimately. Sometimes the reason I pick up projects is because I want these films to be shown in a different way or because nobody else believed in them. It is really tough. It is not great and I am enjoying my journey because this is exactly where I wanted to be," says the actress who hopes to be on the cover of Forbes magazine in the next five years.

The actress confessed her love for Shah Rukh Khan and also stated that he is the reason why she came into the film industry.  "I would love to act with him one day. it is a dream," says the starstruck fan.

As an actress, Sargun has a very simple process when it comes to getting into her character. "I know a lot of people do a lot of pre-homework, but that doesn't work for me. What works for me is being on the set and getting those five shots wrong to get that perfect 6th shot. It takes me a few days to get into my character. The magic starts happening when I'm on the set, I can't pre-plan and pre-do my work. I need to wear that costume, be in that spot, talk to my costars, and everything that's happening in the household of the character is when things start getting real for me," says the actress signing off.
Prev Next