Originally released in 2003, the vehicle is still only in its second generation and received a significant refresh this year. Here’s what you need to know.

Japanese pickups as we know them here in Canada are a unique breed —often designed and built in North America like the Nissan Titan. Originally released in 2003, the vehicle is still only in its second generation and received a significant refresh this year. Here’s what you need to know.

Taking care of the refreshed styling was the Nissan Design America team based in La Jolla, CA. The California-influence is evident with the truck — available in crew cab (5.5-foot bed) or king cab (6.5-foot bed) formats — looking ready to tackle pavement, sand dunes or anything in-between.

The appearance of the aggressive front fascia is dubbed the “Warrior Mask,” most evident on the rugged PRO-4X grade we tested. Highlighted by a massive black interlocking mesh grille that surrounds a brand-first Lava Red Nissan emblem, the badge matches the colour of the tow hooks below. Headlights on either side are full LED (standard on all except base), featuring less glare, signature 800-lumen daytime running lights, automatic high beams and low beams providing an output 120 per cent greater than before. Optional LED foglights also add an extra 15 degrees of visibility left and right. 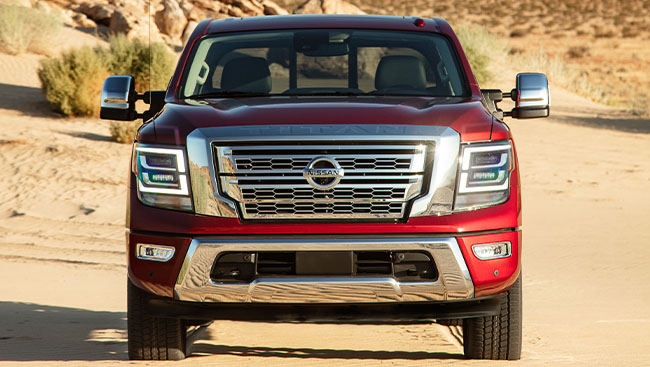 On the topic of lighting, the taillamps are LED as well and there’s even LEDs thrown into the bed for good measure greatly aiding nighttime loading and unloading of cargo. Other PRO-4X goodies include 18x8-inch aluminum wheels with dark accents, semi-gloss black fender arches and bumper trim, spray-on bedliner and exclusive logo placement and decals.

The interior is equally as cool. Owning a Nissan product myself, and having driven an extensive amount of the company portfolio over the years, I know how good the infotainment is.

Occupants are treated to an eight-inch touchscreen display that, huzzah, works (accurately!) even while wearing gloves. And thankfully not everything is manipulated by touch as there are still a healthy amount of hard buttons present. The NissanConnect service gives access to a live 24-hour concierge able to make a restaurant reservation or arrange emergency response.
Like other current models, Nissan’s Zero Gravity seats are outfitted all around providing optimal support for the shape of the human spine and encouraging proper posture. PRO-4X ups the equipment ante further bundling an eight-way power adjustable driver’s seat with lumbar control, embroidered upholstery, contrast-stitched leather steering wheel, dual-zone climate control and much more. Especially handy on a hot day is an electric sliding rear window. 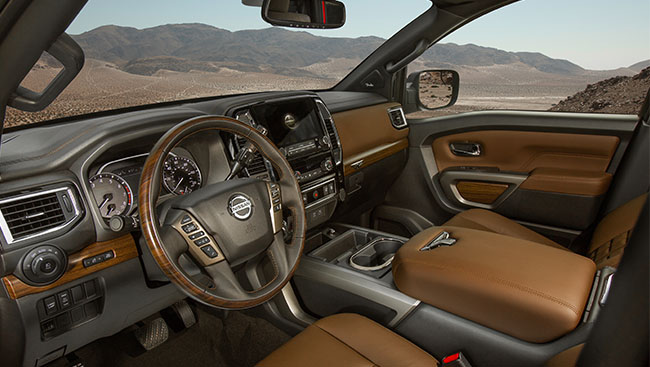 Under the hood of all Titans is 5.6-litre Endurance V8 paired to a nine-speed automatic transmission. Raw is the only adjective coming to mind in describing the sound and acceleration of the beefy 400-horsepower engine, which was an absolute hoot to drive especially after piloting a comparatively quiet diesel GMC Sierra 1500 the week prior.

And much to my surprise and delight, the 2,600-plus-kilogram pickup didn’t handle all that shabby either thanks to four-wheel drive, a rigid chassis and double-wishbone/leaf spring suspension keeping everything tight through the bends.

Redesigned inside and out: 2020 Mercedes-Benz GLE

This latest version is all new from the ground up, as product manager Daniel Gaglia explains.

Macan drives well and suits all the household needs. Honestly, I should have expected this kind of performance from Porsche.