A voice so pure, it instantly touches your heart. Diljaan, the popular voice from Sur Kshetra conquered the hearts of many around the globe with his silvery voice while competing with contestants from India and Pakistan on a singing reality show with music maestros – Asha Bhosle, Abida Parveen and Runa Laila, as judges. Diljaan was declared a runner-up after losing to Nabeel Shaukat Ali in the finals but his journey has been an unforgettable one after appearing on the show. Diljaan shares with us his journey and influence of music on his life.

Tell us about your experience at Sur Kshetra?

The show Sur Kshetra has given me an identity. I wasn’t expecting to get selected when I went to Ludhiana for the Punjab auditions. An estimated 4,000 individuals participated in the auditions, and I think I was lucky because I was the only one to be selected amongst the 4,000 candidates. I felt as if this show was made just for me. Sur Kshetra was also where I performed Hindi songs for the first time.

Where does your inspiration come from?

My singing inspiration comes from my father. He initiated all my music and singing practices.

You have been exposed to music since a very young age. What has music taught you over the years?

Music has guided me through my life’s path and has also shown me how life truly is. The life I have today is because of music. I had a deep interest in music and that interest was because music was endearingly loved in my family. My father, although he was not a professional singer, was passionate about music. There was always some nice song playing in the house so I had enough exposure to music right from the start. It aroused my interest and I decided that I would pursue a career in music. I did my graduation in music (vocal). Today, music is the one taking me around the globe; it has given me an identity.

Which genre of music attracts you the most?

Sufi, Bollywood and light music which is quite trending in Bollywood these days appeals to me the most. A singer should be versatile but personally I find Sufi and Bollywood music attractive. 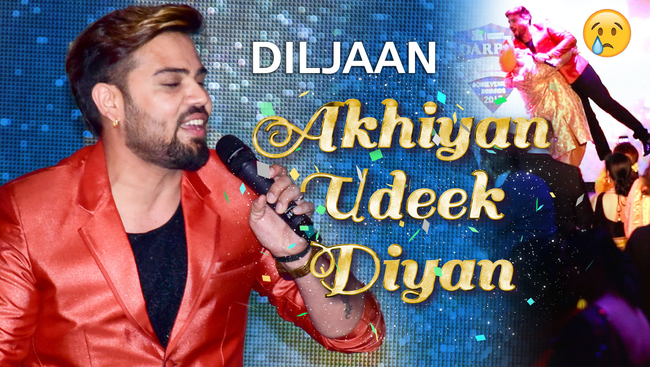 Who is your favourite singer?
Asha Bhosle has been a Bollywood favourite but if you ask me which singer affected my growth overall, then I would say Hans Raj Hans.
What are your plans for the future?
I am about to release an album soon called Yours Diljaan. You will find songs of various moods in this album and we are also trying to put in a Hindi song in it. Apart from that, I am also getting offers from movies. If I find a role that is appealing, then I would probably go for it; I am actually an introvert person so I’ll see how this goes. I would only pursue them (movie roles) if I am confident about playing them.
This interview was originally conducted in Hindi and Punjabi and has been translated into English.
Prev Next