A trip to Hong Kong calls for relentless shopping, dining, relaxing and jetlag, so pack your bags and be ready for an exciting adventure.

Hong Kong has been touted as Asia’s ‘city that never sleeps’ and has recently landed the title of being one of the most wealthiest cities in the subcontinent.

Home to over 7 million people, the hustling and bustling sidewalks are a way of life for most, but the city is interconnected by various modes of transport, such as the MTR subway system, ferries, trams and buses to help you get around. 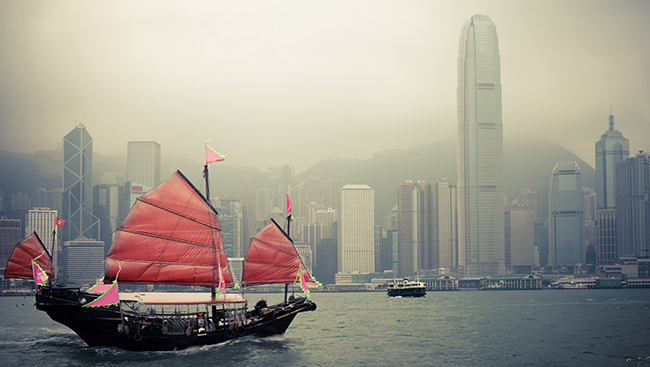 The MTR has a train that arrives at the platform every three minutes making travelling from one side of the city to the other very efficient. Considering the density of commuters travelling daily especially during rush hour, it’s important to have your valuables zipped up to avoid being pick-pocketed.

Since Hong Kong heavily relies on public transport, you will most likely be doing a fair bit of walking from one place to another, having a water bottle and a comfortable pair of shoes is a must.

The best time to visit this shopping Mecca and fashion capital is during the spring, anywhere between March to May. On an average day during this time, temperatures reach 26 degrees in the day and cools down to about 19 at night, making it perfect for a late evening stroll. 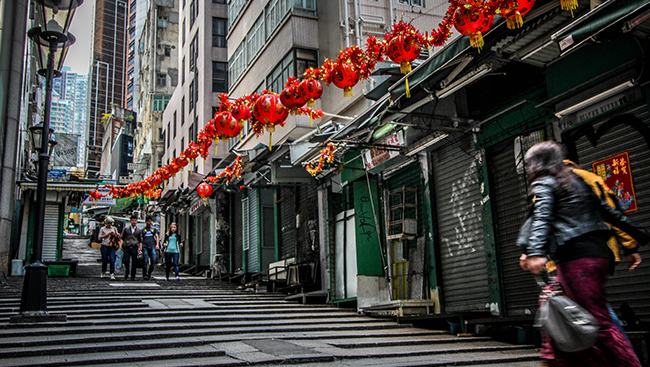 As many countries have high taxes on goods, Hong Kong is one of the cities in the world that has no sales tax, no capital gains tax and no VAT – so shoppers, get out your credit cards and spend away!

Where to go
Your days may be longer than what you’re used to because the city offers many fun things to do during the day and night!

Hong Kong Park
Start the day off early, and head out to Hong Kong Park. The lush oasis showcases the city’s greenery and foliage spread out over 8 hectares, which is a nice contrast to the skyscraper-laden city. The center of the park features a massive waterfall that spreads out into a pond; the perimeter of the park is layered with boulders, where you will see many turtles lazing around – photographers, have your cameras handy. In the central part of the Park, two modernized major facilities, the Conservatory and the Aviary, were built on the hillside adjacent to the Tai Chi Garden and the Vantage Point. The park is heavily populated on weekends; it may be best to make a visit during the weekday when it’s not so crowded. 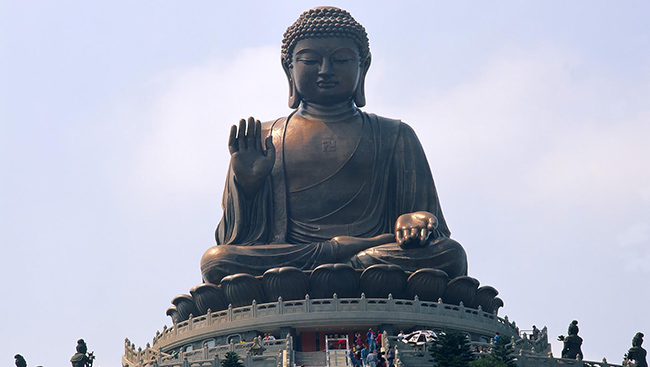 The Edward Youde Aviary is located within the park and once you make your way there and step inside, you’re in for an interesting surprise. The aviary is enclosed with a mesh barricade, where 90 different species of birds nest in trees and are free to fly around in their designated area. Visitors are able to venture down the walkway that cuts through the canopy of trees and is suspended above the ground. To get here, it’s best to take the MTR to Admiralty and take the C1 exit. Bird lovers, get your camera out and snap some wonderful photos of exotic birds, sometimes these birds fly so close to the walkway making it easy to take a close-up shot.

If you’ve been to Hollywood California, you’re familiar with the Walk of Fame – the Avenue of Stars is Asia’s replica. Located on the Tsim Tsa Tsui Promenade, the walk pays tribute to Hong Kong cinema and celebrities that work hard in the industry. It’s best to visit during the evening so that you get to see the spectacular view of the city lights right by the water. The Avenue of Stars features Jackie Chan, Bruce Lee and Jet Li to name a few. 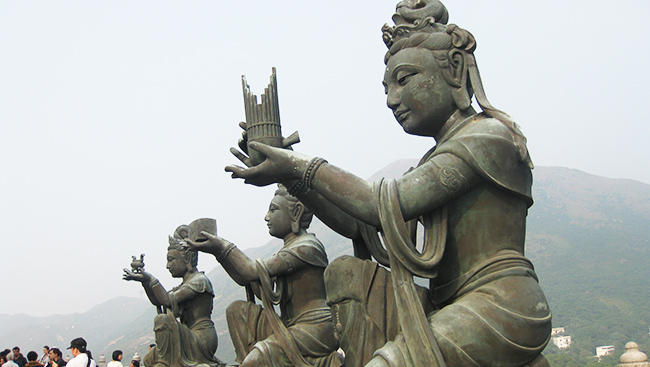 The Peak
Pick a nice sunny day to take a tram ride up to The Peak, which is Hong Kong’s highest point. The tram ride goes up a steep slope, but on your way up have your camera handy to take pictures of the city at different elevations. Once at the top, the view you will see is one of the best spots in the whole of the city to take pictures, day or night. When you work up an appetite, there are various restaurants that offer amazing food and complement it with an amazing view, that’s what makes The Peak so unique. The Peak Lookout restaurant features an extensive seafood menu and a variety of tandoori chicken and lamb dishes.

Sevva
When you’re in the mood for an afternoon delight, Sevva is the place to be. They pride themselves as having the best high tea in town and feature a stunning view of the harbour and city from the 10th floor of Prince’s building. When getting a table here, make sure to get a table outside to bask in the afternoon sun. Vegetarians will be glad to know that Sevva has a high tea set for two that showcases exotic cakes and vegetarian pastries.

Lan Kwai Fong
When the evening is over, the nightlife just begins – so when you’re ready to whet your whistle make your way down to Lan Kwai Fong (LKF) to have a couple drinks and dance the night away. Located in the Central district, LKF is Hong Kong’s most popular spot for nightlife, bars and restaurants.

5 Fun Ideas For a Summer Staycation in Vancouver

If you don’t have travel plans this summer, why not have a “staycation” in Vancouver? Stay-at-home vacations are becoming more and more popular as they offer budget-friendly and stress free alternatives to the conventional jet-setting vacation. Here are five fun ideas for a memorable staycation in Vancouver, proving you don’t have to jet off to have a fabulous time!

Las Vegas: On & Off The Strip

There is a lot more to Sin City besides gambling and shows, the possibilities are endless from unique attractions and quirky museums to international cuisine and the best nightlife in the world.

Myanmar will be presented the award of World's Best Tourist Destination for 2014 by the European Union Council on Tourism and Trade soon, media reported Sunday.

When the cold rolls in and wooly socks come out, you know winter has arrived. It is a time of year when the world brings out its blanket of white and gets ready for a few months of hibernation awaiting the spring warmth to return once more.

This was my first time visiting New York so when people heard about the trip they were quick to give recommendations on what to see and do. I made it known, however, that I didn’t want to do the typical tourist visit.

The Spice is Nice: Trinidad & Tobago

Located seven miles off the coast of Venezuela, T&T is the most southerly isles in the Caribbean Sea, and boasts a diverse combination of wildlife and plants from the Caribbean and South America