"I wanted a better life for myself and my kids and be in a place where most people who live there are from somewhere else so we are more equal," shares Divinder Purewal.

Divinder moved with his wife Usha and kids to British Columbia, Canada, from the United Kingdom in 2005. Having family and relatives based in Canada, Divinder first visited Canada in 1991 and fell in love with the lifestyle, the scenery and the fact that people are so much more relaxed in Canada than they are in the UK. “I wanted a better life for myself and my kids and be in a place where most people who live there are from somewhere else so we are more equal,” shares Divinder.
On arrival, Divinder and his family lived at his younger brother’s house. “My brother and sister-in-law were very gracious and hospitable and looked after us very well.” They lived there for about four months before buying their own place. Having close family and a place to reside in after the major move was beneficial as it allowed the new immigrant family “to settle into life very slowly and with the support and encouragement of family.”

With a lot of family support in place and previous visits to Canada, the Purewals didn’t take long to adjust to their new life. Divinder states that they were settled within the first six months. “We were lucky as our kids were only 8 1/2 and 5 1/2 when we came here so they made friends quickly and we were able to make a circle of friends from their friends’ parents fairly soon, which helped us to settle in to our new life,” he adds. The transition was smooth but during the initial days Divinder would miss the life he lived in his old country. “Although we only moved 5,000 miles away and to a country where we spoke their language, and had relatives in place, you still miss family and friends even TV shows that were familiar and you only remember the good times!” he says. 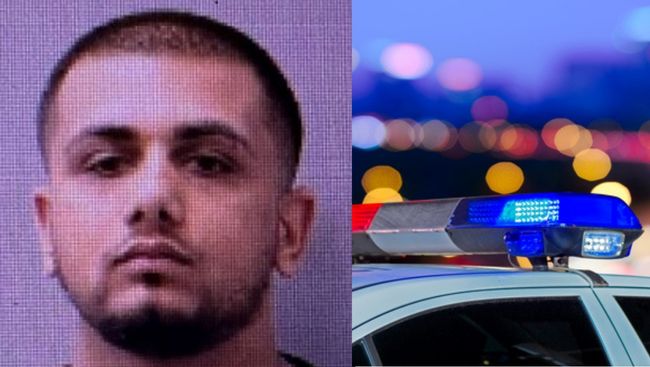 Getting a job in Canada was a lot tougher than Divinder anticipated. Holding a graduate degree with 12 years of experience in human resources as a recruiter, he assumed that his UK experience along with academics, personality and language skills would be directly relevant in Canada. “But it became increasingly frustrating as I was told I didn’t have the much needed “Canadian experience.” When I did get a job it was at least two levels behind where I’ve been in England,” recalls the recruiter who currently works for a large corporation.
The Purewal family loves the fact that Canada is open to newcomers and allows everyone to retain their cultural values whilst defining what being Canadian means to oneself. “If you have drive, ambition and enthusiasm then you can have a great life in Canada. One of my proudest days was when we received our citizenship for Canada” expresses Divinder who considers himself lucky to have a great home life, a very supportive wife and immediate family, secure employment and a job he loves. “I feel the future is very bright. Both my kids are in further education and I feel they have more opportunities in Canada than they would in many other countries.”
Divinder has documented his adventurous ride to Canada in his debut book titled, “Oh Canada?” “When we came to Canada I started to write a book about our journey moving from England. After 12 years I finished the book and I’m proud to say that it was published in February 2018 and has received many great reviews on Amazon,” says the cheerful author.

I think the biggest obstacle to anyone making Canada their adopted country is appreciating that your experience, be it academic or work-related from the “old country,” may not correspond with a similar career in Canada. I also feel that if you stay within the confines of your own ‘cultural comfort zone’ and don’t make an attempt to integrate into the wider fabric of Canadian life then you won’t fully appreciate all that this great country has to offer.

Resolutions made for yourself or family:

Never give up in the pursuit of what makes you and your family happy. Try to always appreciate that as an immigrant, even 13 years on, you have to make the effort to create friendships as you’re the new guy!

Do your homework before you apply to emigrate. Look at what skills and experience you can offer and see if they relate to what Canada needs and if not, retrain before you arrive. I say that as work will take up most of your day so you need to think about that and enjoy what you do for a living.

Memories of your homeland:

I remember summer lasting about five days but having much better candy and cookies in England, especially the chocolate!
Prev Next

“We had to start from scratch,” explains Parul, “from small things like purchasing household items, to career, admission in a school for our son, understanding rules, and adapting to a new environment.”

Overall the Guhas have had a fulfilling, challenging and gratifying journey in Canada.

Soon after the move, Praval started working for a commission-based job. But it didn’t align with his long-term career goals as he had served as a senior officer in the financial industry in India

One of the main reasons Amit Garg came to Canada was to be close to his family in the United States of America. His whole family lives in California.