As 2020 comes to a wrap, we proceed to close the second decade of what we often allude to as the modern age. We boast of this time in history as being ground-breaking and monumental in social victories surrounding equality, justice and democracy. However, recent events shine light on a pill hard to swallow. Racism is not a phenomenon of the past, but rather very prevalent in current times. Over the decade, political events in the Western world, combined with a worldwide pandemic, has added to the already existent deep-rooted social issues, bringing an evident increase in racial discrimination across a variety of arenas.

David Amrik Lau, Executive Director of the Victoria Immigrant and Refugee Centre Society, defines racism as a complicated issue. He points out that many people believe racism to be linked to colonialism because that is when society began to devalue people based on a mistaken idea that races exist. However, this was done to rationalize economic systems like slavery and the genocide of indigenous peoples. Lau concludes, “Races do not exist; they are an incorrect construct. Racism, however, does persist. It persists when people try to devalue other people.” 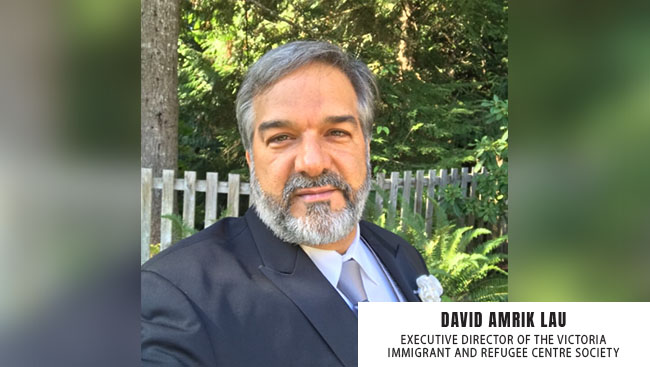 The underlying notion, then, is that racism is not taught; it is a learned set of behaviors, often shaped by one’s upbringing, media exposure and social circle. Racism is many times a product of corporate interest, governmental agendas and/or personal biases. If addressing why an individual may be racist, Lau suggests that racists activate support by inciting fear. We have seen first-hand, that when COVID-19 became a fear, many people linked that fear to their racism and turned to blaming and attacking member of the Asian communities. In a recent Angus-Reid poll, 50% of Chinese Canadian respondents said that they had been called racist names and 43% said they had been threatened and intimidated. This exemplifies how racism can be quickly activated in otherwise ‘normal’ people.

Moreover, racism extends beyond the news we hear about racially driven assaults; racism breathes in the actions that we take on an individual level as well. Mayor Malcolm Brodie of Richmond BC, shares, “Racism takes many forms and is not just about verbally or physically attacking someone based on race, culture or language. It can occur in the way we act toward certain people and decisions and judgements we make about them.”

Often, conversations around racism become more about others than the self. We tend to criticize other nations, communities and groups of people based on their behaviors, propelled by the most popular coverages seen on mass media. A prominent example is the Black Lives Matter Movement (BLM), which strives to build local power to intervene in violence inflicted on Black communities by the state and vigilantes. These movements have been prominent all over the world, with much limelight on happenings in the U.S. 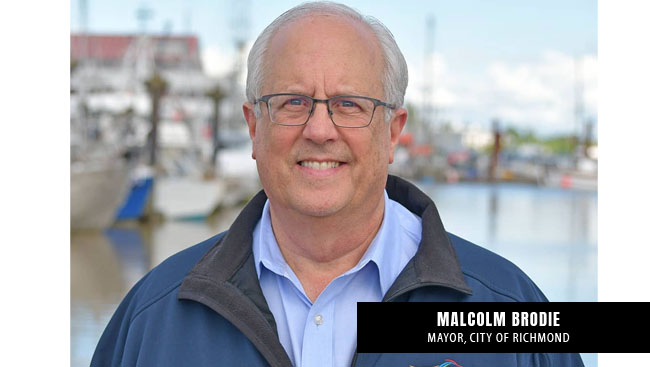 In fact, the political changes in the U.S. over the past decade is seen as a contributor to a general increase in hate crimes. As per the Brookings Institution, there is a clear correlation between Trump campaign events and incidents of prejudiced violence. FBI data show that since Trump’s election, there has been an anomalous spike in hate crimes concentrated in counties where Trump won by larger margins.

However, despite the visually graphic feed we see funneling from the US, be reminded that racism is still well and alive in Canada. Be it fatal shootings of young black men by the police, the internment of Japanese Canadians during the Second World War, denials of Indigenous sovereignty through the Indian Act, or the forced return of those aboard the Komagata Maru, Canada has a long, documented history of racism.

Global leader in market research, Ipsos, found that 40% of Canadians still think that racism is mainly an American issue. That said, 60% of Canadians consider racism to be a serious problem as of 2020; this is a steep increase from 47% in 2019. Nearly 3 in 10 Canadians are saying they themselves have been on the receiving end of racist behavior, up 5 points since last year. 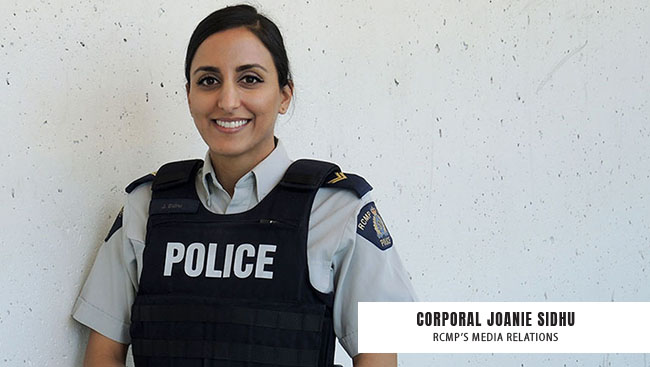 Looking at Canadian institutions, earlier this year, the Commissioner of the RCMP, Brenda Lucki, publicly acknowledged that systemic racism has existed and does exist in many of Canada’s institutions including the RCMP. Corporal Joanie Sidhu, RCMP’s Media Relations Officer, reassuringly adds, “To ensure the delivery of racial, gender and culturally aware and trauma-informed police services, the RCMP continues to improve, develop and imbed cultural sensitive training and tools for all categories of its employees beginning with their time at the Police Training Academy (Depot), and continuously throughout their careers.”

Speaking of institutions, schools are arguably at the epicenter of the solution as they hold the power to equip coming generations with the tools of awareness and education. Award-winning Social Justice teacher at L.A. Matheson of Surrey Schools and Community Activist, Annie Ohana, outlines that the B.C. curriculum does take on discussions and explorations of racism, and does focus on respect and tolerance as aspects of being educated. However, Ohana points out a disclaimer of significance, “The narratives we still use from our textbooks to our pedagogy are still White and Eurocentric. It has taken years of work by teachers to correct and disrupt these narratives.

Bringing forward settler pioneer stories of South Asian families to the recent start of adding Black Canadian history, to retelling Canadian history with the Indigenous reality centered rather than erased, we have a long way to go to undo the White patriarchal narrative considered as objective truth.” 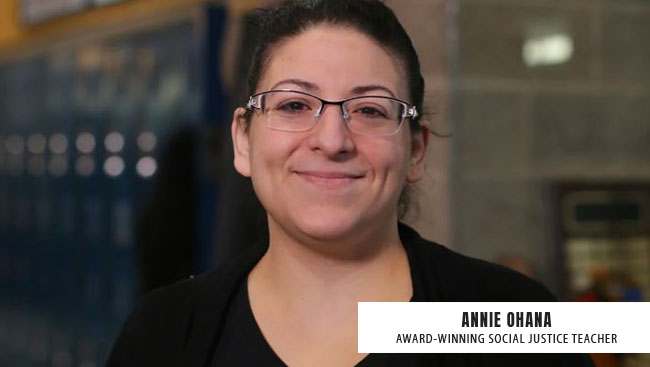 In addition to educational institutions, Ohana emphasizes on the role of community movements and protests as being absolutely crucial as they break through standards that limit voice and encourage empowerment. Marches and rallies capture the attention of the wider public, take over space, and allow for power in numbers that is so rare for most IBPOC (Indigenous, Black, and People of Color) to feel as often marginalized groups.

As Lau puts it, we will not always have every solution to every problem because, quite often, the solution is embedded in the process of collaborative social change. That is not to say that change is not being made towards the defeat of racism. Given that nearly half of Canada’s citizens are of an ethnic origin other than British, French or native-born Canadian, the Government of Canada’s Action Plan against Racism takes more than just legal measures. The federal commitment is clear: departments and agencies are working together to implement new and existing policies, programs and activities to address priority issues. 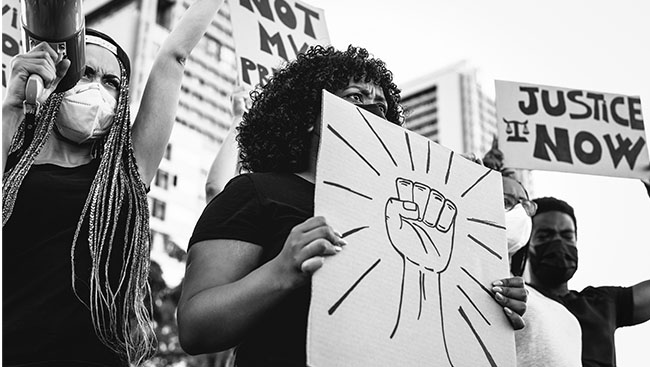 The action plan invites all Canadians to work together in six priority areas:

1. Assist victims and groups vulnerable to racism and related forms of discrimination

3. Strengthen the role of civil society

5. Educate children and youth on diversity and anti-racism

Further, with the priorities clearly defined, Canada has committed to deliver on these initiatives:

2. Working with employers and associations

While such governmental involvement shows light at the end of the tunnel, true power lies in the hands of the common citizen. Mayor Brodie encourages people to report incidents of racism and intolerance and to feel safe and supported in doing so, “We encourage people to call out racist, intolerant and threatening behavior and to report such incidents to the RCMP. The more we stand up publicly to recognize and call out inappropriate behaviors, the sooner we will end them.”

There is a pressing need for us to realize that our responsibility is two-pronged. Firstly, we must educate ourselves enough to inform our social interactions on an individual level to ensure we are role-modeling ourselves as members of a multicultural global community to our coming generations. Secondly, we must understand that systematic change is not a far-fetched goal that lies in the hands of elected decision makers. We are all decision makers. It is up to us to make use of the resources available to us and raise our voice against injustices we see on a micro and macro level.