By Petrina D'Souza, 18 Jul, 2017
Multi-gifted artist, singer, composer and Sufi poet, Satinder Sartaaj, has added yet another feather to his cap with his acting debut in the Hollywood film, The Black Prince. Sartaaj plays the role of the last king of Punjab, Maharajah Duleep Singh – a prominent figure in Indian history. Releasing worldwide on July 21, the film captures the tragic, yet fascinating true story and legacy of Maharajah Duleep Singh, providing a visual narrative of one of India’s most noble kings, and his fragile relationship with Queen Victoria. The film’s trailer launch at Cannes Film Festival received an overwhelming response, making it one of the most awaited films to release.
With recent awards such as the Best Newcomer at the London Independent Film Festival and the Best Debut Award at the Accolade Global Film Competition held in San Diego, California, Sartaaj promises to excite and enlighten audiences around the world. In an exclusive interview, he talks about his debut role and his enriching experience working on the film. 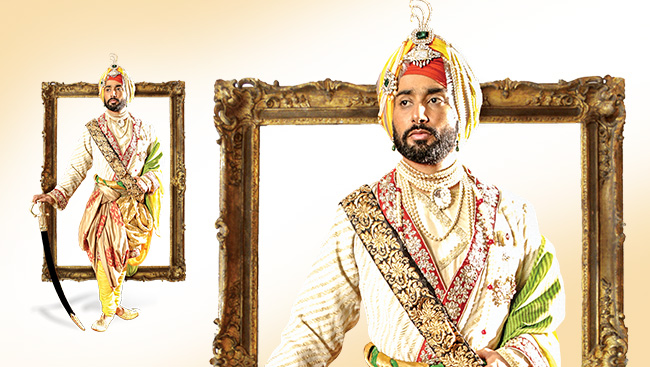 You are known in the music industry as a well-known singer, composer and poet. What encouraged you to take up acting?

I’ve been getting many Punjabi film offers since 2009, but I didn’t want to jump into something I wasn’t good at. Then Brillstein Entertainment Partners, the same company which produced 12 Years a Slave, offered me the role. I felt that being a Punjabi and seeing the cultural connection between myself and the film, I couldn’t say no. I took acting classes and found that I really enjoyed the artistry behind portraying a character. It has been a great opportunity for me and I thoroughly enjoyed filming.

Why did you choose The Black Prince as your debut film?

I strongly believe I was destined to play Maharajah Duleep Singh, one because of the startling resemblance we share in terms of our looks, and two because of my respect for his story. The more I read up on his life, the more I realised just how much we share in common. It was a huge honour to be casted as one of the leading lights in Sikh cultural history.

What kind of research and preparation was needed to do justice to the role?

I did a great deal of research into his story, and I must say it really is fascinating. It helps when you’re so genuinely enthralled with the character you are playing, as it gives you that extra edge. When I got the script, I saw 100 biopics on British imperialism to get a broader understanding of what the film entails. I was thrilled that I had to portray such a big historic figure, but was not sure whether I’ll be able to make my presence felt on the big screen, so I knew I had to put the hours in to be the best I could be. I’m more than pleased with how things worked out.
I learnt to speak the Queen’s English as well as basic Victorian manners for my character, which is dark, under playing, and submissive at the same time. In some scenes I had to speak dialogues as long as one and a half pages which was obviously a challenge.

What was the most challenging part of the role and the film?

The most challenging part was that in the morning I had to play the character of a 16-year-old boy and the same evening a character in his 50s. Also, since English was not my first language, it was tough to maintain that Victorian British accent.

The character you play goes through a lot of turmoil in his life. What helped you bring out these emotions in your acting?

I read so much about Maharaja Duleep Singh that I was completely into the character and felt every emotion and situation, so the acting came out naturally accordingly.

Historical films or playing historical figures can be risky as one can’t expect how viewers will react to them. What kind of response are you expecting on the film and your acting debut?

Playing historical figures is very risky and very hard too because it becomes your responsibility to do justice to the character. I look forward for a very positive response from the viewers because it’s historically a very rich film and will enrich the struggled life of the last king of Punjab who is almost a vanished character to many. I gave my best for the film and I am sure people will like my acting.

What aspect of the film will connect with the viewers? What message does the film give out?

I think it is the very first time Hollywood has chosen a subject that is related to Sikh history and this is the first time a person from the north, a Punjabi, has taken a lead in a Hollywood movie. This is a really proud moment for our community. The film clears out many misconceptions people have about Maharaja Duleep Singh. It gives the connection, bond and yearning to be connected to one’s roots. That was his struggle.

What are your future plans as a singer and composer?

I am working on the next album in which I am emphasizing more on melody and deep poetry also there are tours lined up for U.S.A., Australia and New Zealand.
Prev Next