After nine long years and a name change, the Infiniti QX60 enters its second generation emerging a much more refined, mature luxury seven-passenger SUV, both inside and out, and packing a fresh train to boot. Here’s what we thought after spending a week in the vehicle.

"The all-new 2022 Infiniti QX60 was designed with busy lives — friends, family, community — in mind," says Eric Rigaux, global head of product strategy, in a media release. "We focused on creating a serene environment inside that's beautiful and practical, packed with new Infiniti IQ technology. In so many ways, the all-new QX60 is not just spacious, but stunning, and smart."

A little shorter yet wider than its predecessor, the crossover ushers in a new era of design language. Featuring heavy influence from the company’s Japanese roots, the standard piano key LED head and tail lamps are inspired by kimono folds; the larger signature double arched mesh grille by origami and inside, the quilted dash and seats by the ripples on a pond. These details are particularly outstanding paired to a neutral canvas like the Majestic White paint colour. An optional metallic or pearl finish may be added for an extra $750 as well. 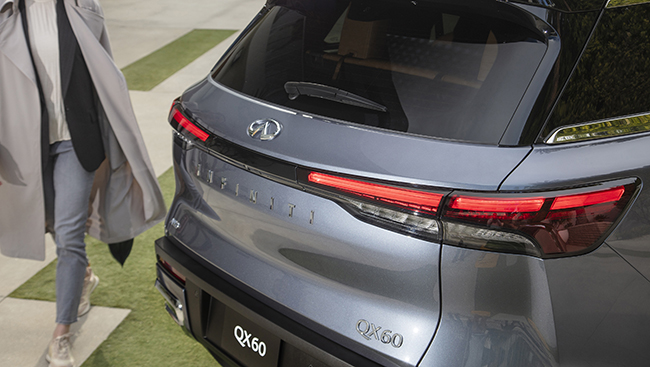 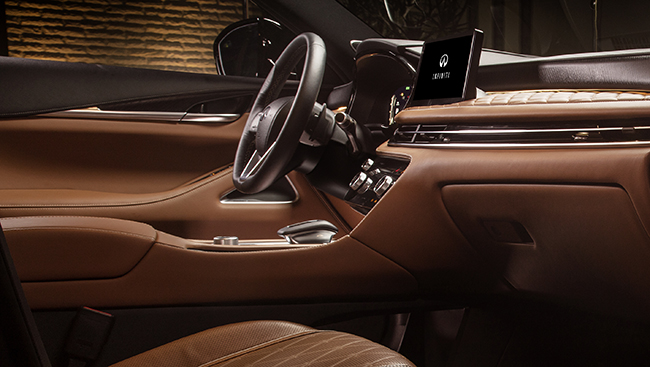 As someone who has been driving since the late 90s, the presence of a traditional shifter is appreciated in a period when awkward gear select buttons and switches are becoming increasingly ubiquitous. The Bose Performance Series 17-speaker stereo simply bangs, though the InTouch infotainment system software, controlled via the 12.3-inch display, feels dated and is clunky to use. Trying to surf SiriusXM channels using either the controller knob or the haptic touch panel controls below the screen are equally painful.

Seating position and visibility is pretty good, but the third row headrests partially block the back window sightline. The Smart Rear View Mirror does take care of the issue, however I personally find the perspective disorienting and prefer the classic approach. 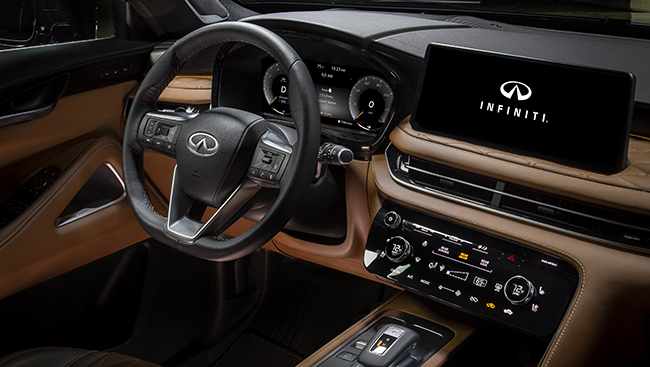 A 3.5-litre V6 engine, same as the one found under the hood of the fifth-gen Pathfinder, drives all four wheels. The 295 horsepower is managed by a nine-speed automatic transmission that, despite being a tad laggy, is a big improvement over outgoing issue-plagued CVT. All-wheel drive is standard across all models and the setup is able to send up to 50 per cent of the torque to the rear axle. Even on the rainiest of Vancouver days traction and handling was predictable. 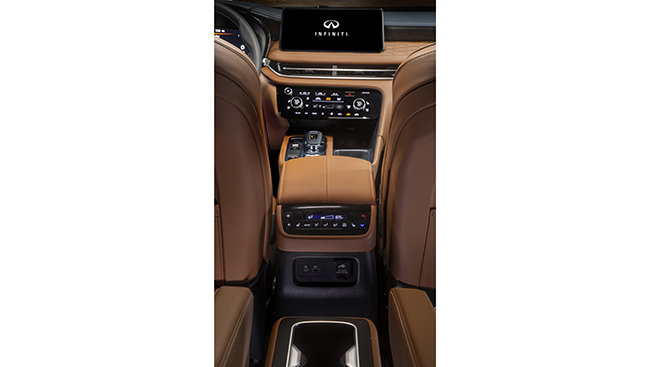