We are almost close to bidding adieu to 2022 and welcoming the brand New Year with cheer. Clinking Champagne flutes, raising a toast and screaming away the midnight countdown on New Year’s Eve. Whoo-hoo! NYE is undeniably one of the most fun and awaited nights of the year.

While celebrating NYE with family and friends at a raging party or a quiet get-together may be the traditional way to ring in the new year for you, we have a suggestion to make this night more exciting and unforgettable for you this year. We are proposing ten fabulous locations across the globe where you can usher in your New Year and turn it into a memorable night that you can talk about for the rest of the year.

Here, take a look at these exotic spots which are perfect to welcome 2023. 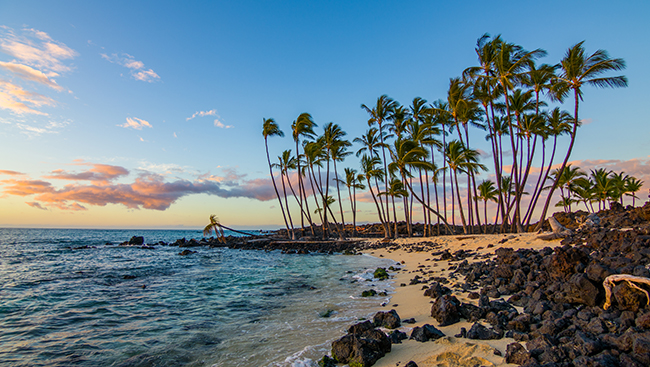 Talk about the best places to ring in the new year, and you simply can’t miss mentioning Hawaii. This island state of the USA is decked up in festive glory during NYE and offers a plethora of options to ensure that your New Year’s Eve celebrations become memorable. Right from fireworks, cruises, dinners, and parties – the various Hawaiian Islands are abuzz with activities for the NYE’s revelries.

Waikiki is a popular NYE destination in Hawaii that offers a variety of options to celebrate the occasion. Visitors can enjoy the fascinating aerial display of fireworks on Waikiki Beach, which starts at about 11.30 pm and ends in a magical crescendo at midnight. The fireworks show at Honolulu’s Kakaako beach, which starts as early as 9 pm is also very popular.

Those who love beach parties can head to Poipu Beach where the music starts playing at 5 pm followed by a dazzling firework show at 10 pm. What’s more, there are numerous food trucks around the beach, offering delectable food options to keep your bellies happy throughout the night.

For the ones wanting a fancy fine-dine, romantic experience, the dinner cruises at Maui can also be a great option. They last for about 3-4 hours and offer live-entertainment and multi-course meals. Trust us, there is nothing like starting the New Year in the middle of the sea with a bottle of bubbly and watching a spectacular display of fireworks. 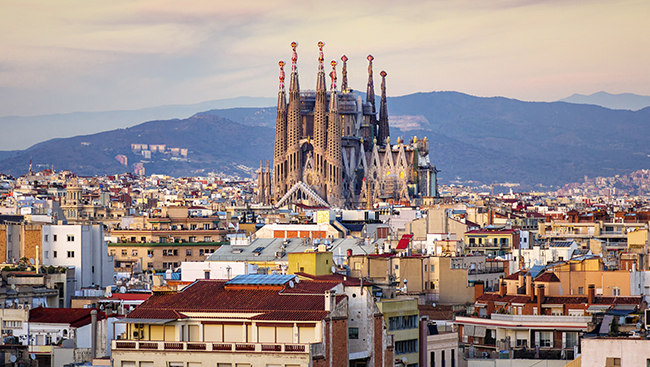 Barcelona may popularly be known for its football club, but it is also dubbed as one of the most happening party destinations on our planet.  And for the hardcore party animals, Barcelona is the perfect place to welcome the New Year.

Traditionally, people in Barcelona observe Nochevieja (old night) at home with family and friends. At midnight, as per the tradition, they eat 12 grapes and drink cava to bring wealth and prosperity before donning their party hats and hitting the streets.

There are plenty of street events with music, light display, and special effects. The Plaça d’Espanya is well-known for its fabulous fireworks display around the Magic Fountain. From Plaça d’Espanya one can head to the open-air architectural museum — Poble Espanyol, which hosts a grand party from 10.30 pm to 6 am. The party revellers can find everything they are looking for to have a memorable New Year’s Eve party here – good music, a great atmosphere, and a unique place to ring in the New Year.

Most popular clubs in Barcelona like Razzmatazz, Sala Apolo, and Pacha, organize New Year’s Eve parties, which usually kick start at midnight or earlier and go on until 6 am. The city metro runs all night and one can even go party hopping in Barcelona, however, booking tickets in advance is recommended. 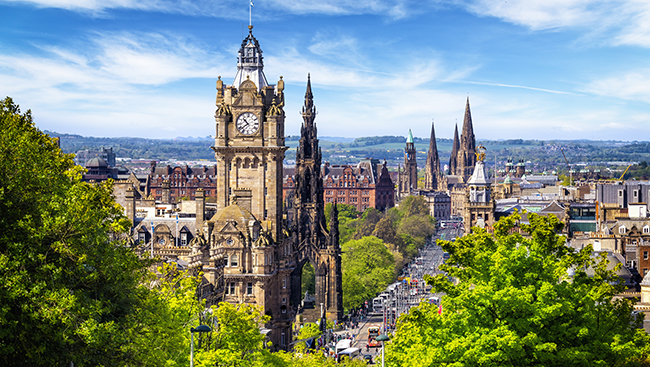 New Year’s Eve is the best time to visit this gorgeous Scottish capital. In Edinburgh, you don’t celebrate NYE, you celebrate Hogmanay, which is the Scottish word for the last day of the year. Regarded as one of the most important Scottish holidays, Hogmanay dates back to 1993 and has evolved to become one of the grandest outdoor celebrations of New Year’s Eve in the world. Edinburgh’s Hogmanay festivities are considered an experience of a lifetime, which everybody should indulge in at least once.

Interestingly, while the world celebrates NYE on just one night, Hogmanay celebrations and the festivities last for three days. The grand event is celebrated with passion and gusto, as the Scots consider Hogmanay as an opportunity to bring together friends and strangers.

The celebrations kick start on December 30 with a torchlight procession through the city which ends with a magnificent display of fireworks. New Year’s Eve in Edinburgh is all about street parties and outdoor concerts.

As the clock strikes 12, the Edinburg castle shines in all its glory as over 4.5 tons of fireworks explode over it making New Year’s Eve almost a magical experience. What’s more, that is not the end of the revelries in Edinburgh. The celebrations continue on New Year’s Day too with dog sledging competitions across Holyrood Park and Loony Dook, a tradition where people jump into the ice-cold waters of the River Forth.

Street parties and music concerts go on till January 2. Now, who wouldn’t want to be part of such grand New Year’s Eve celebrations, right? 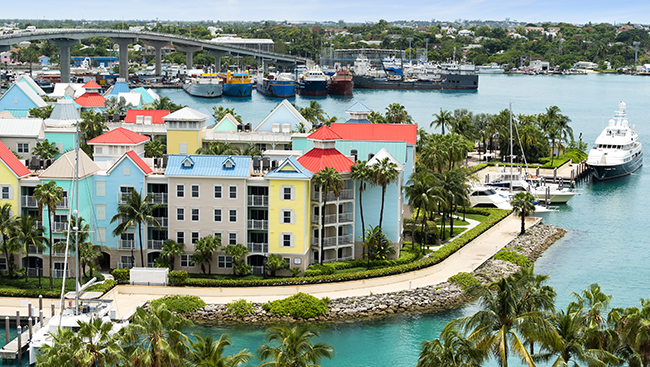 Bringing in the New Year in the Bahamas is a delightful experience, especially because it offers a perfect amalgamation of contemporary and cultural celebrations. The paradise island parties like no other and the highlight of the celebration is Junkanoo, a traditional Bahamian-style street parade with music, dance, and costumes, which takes place in many towns across the Bahamas.

It is a century-old practice which is enjoyed by the locals as well as the visitors. The parade heads to an ultimate party spot, usually the beach and concludes with a stunning firework display at midnight.

Ringing in the New Year in New Orleans is an absolute delight. Whether you want to grab a lovely dinner, party all night long or simply attend a children’s event with family during the day — The port city turns into a hot spot on NYE with an infectious energy that is sure to add a zest to your celebrations.

New Orleans is dotted with several fine restaurants, and you can bring in 2023 with the finest quality champagne or ring in the New Year on the Mississippi River by booking a dinner cruise on the famous Steamboat NATCHEZ. Or better still, you can also celebrate by strolling with a drink on New Orleans' well-known party street, Bourbon St., or with an official countdown at Dick Clark's New Year's Rockin' Eve.

The highlight of the New Year’s Eve celebration is a dazzling 15-minute fireworks show on the Mississippi River, along with the Fleur de Lis drop, where a ‘Baby New Year’ is dropped from the roof of the Jax Brewery in Jackson Square. Party revellers can also head to the Latin Quarter and party till the wee hours of the morning.

This smallest of the four main islands of the British Virgin Islands is another interesting destination to welcome 2023 with pizzazz. While the rest of the world celebrates New Year’s Eve, on Jost Van Dyke one celebrates Old Year’s Night.

With a horde of celebrities, press, and travellers pouring in from across the world, the tiny island of three hundred swells to thousands on NYE. No wonder, Jost Van Dyke’s annual Old Year’s Night party on December 31st is consistently ranked as one of the top 5 places in the world to ring in the New Year

The festivities for the big night take place at the happening spots — Foxy’s Tamarind Bar and other nightlife spots in Grand Harbor, and consist of 48 hours of live music, drinking and eating. For those who love to dance, Jost Van Dyke is an ideal destination for bringing in 2023. 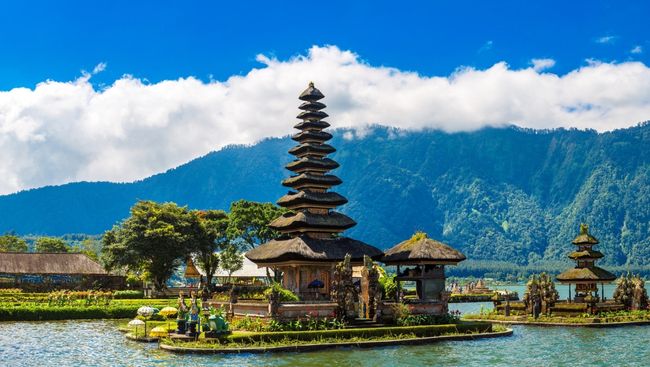 With an array of cultural activities, festive dinners and incredible beach parties, Bali offers one-of-its-kind New Year’s celebrations, where visitors can take part in a variety of NYE activities in a gorgeous setting.

Puputan Badung Square is the happening spot where locals gather around the Catur Muka (four faces statue) for the big countdown and spectacular fireworks. There is also a parade led by religious leaders and pupils from local schools. Party folks can head to party hotspots — Legian and Seminyak, where the party never stops. 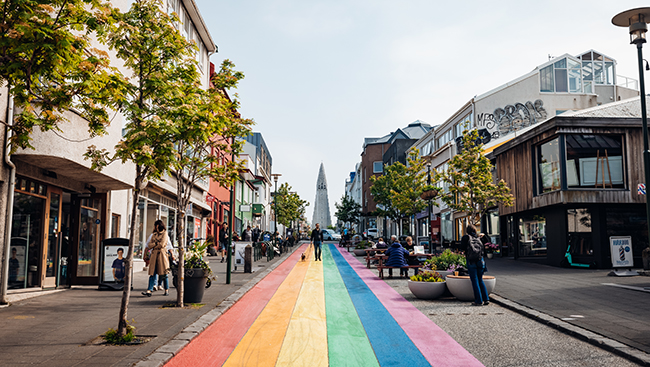 For those who love the winter chills, Reykjavik is the perfect destination to welcome the New Year. Spending NYE in Reykjavik with only four hours of daylight in December is an extraordinary experience.

The New Year’s Eve celebrations start with community bonfires, which symbolize burning away troubles from the past year. People sing, dance, and play music around them. There are 10 huge bonfires in Reykjavík and 7 more in the Great-Reykjavík area.

The Icelanders go wild with fireworks, which begin as early as 8 pm and it is a breathtakingly beautiful visual. The festivities extend till the next day, as one can go and unwind in the nearby hot springs. 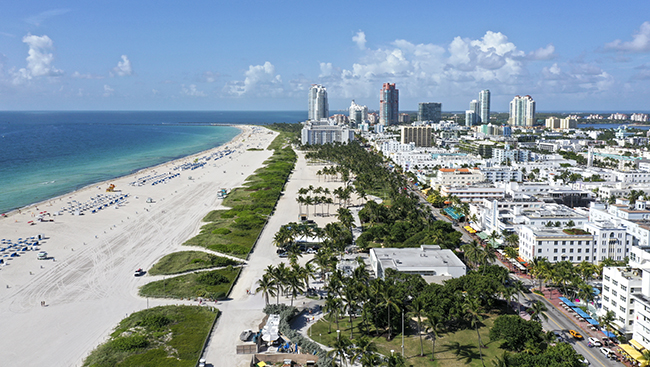 The major port city of Florida is one of the most exotic locations to ring in the New Year. The city is known as one of the greatest party destinations in the world, so obviously, the NYE celebrations are as grand as ever. The best thing about Miami is whether you are loaded or not you will have the best New Year’s Eve here.

The city has its version of the ‘Ball Drop’ —  The Orange Drop, where they pay respect to one of their most well-known exports – Oranges. Hoisted at the Hotel Intercontinental, the 35-foot ball is lowered as soon as the clock strikes 12, accompanied by fantastic fireworks. Many beach parties start at 8 pm and go on until the wee hours of the morning. 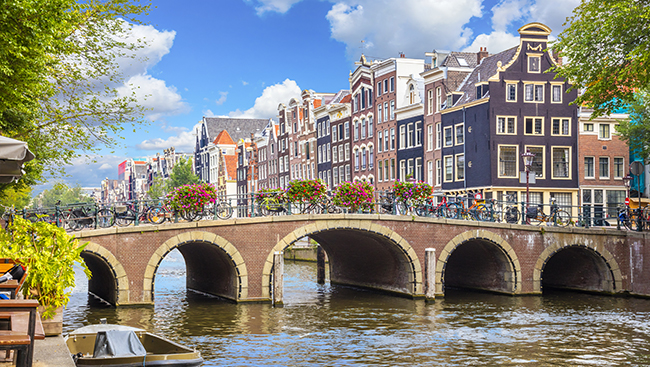 Spending your NYE in Amsterdam is almost a surreal experience. The Dutch are known for having a good time and every corner of Amsterdam is infused with an effervescent bout of energy on NYE.

Impromptu street parties across the city centre and canals, dance festivals and lovely light installations by international artists — there is plenty to indulge in and have a good time on NYE in Amsterdam. Witnessing the dazzling display of fireworks as soon as the clock strikes 12 is also an experience.

So, pack your bags and head to one of these exotic destinations and make your NYE one epic night to remember forever.

10 Most Adventurous Experiences Around The World

Yes, just like in the movie Zindagi Na Milegi Dobara :p, but when we say most adventurous, we mean every word of it and are not simply talking about ski-diving. So, dive in, and check out these 10 adrenaline activities that can quench your thirst for a daring escapade!

From Hampi in Karnataka to Jantar Mantar in Jaipur, from Ajanta & Ellora caves in Maharashtra to the Unakoti in Tripura, here are the 10 most breath-taking Indian wonders that should be on every traveller’s bucket list.

RIO LAGARTOS: A Slice of Mexico

So after enjoying ourselves by the beach at Playa Del Carmen, we decided to take a one-day trip to Rio Lagartos, a silent, quaint fishing hamlet located in Mexico's Yucatán state. The name Rio Lagartos first popped up when we were searching for the Instagrammable pink salt lakes at Las Coloradas.

From classic romantic breaks to unique escapes and spots perfect to spend time with your loved ones, we have got you covered. So, take your pick and celebrate love with a dreamy romantic vacation.

The Covid-19 Effect on Your Travel Plans

With stringent stay-at-home orders, countries sealing borders, drop in the number of operational flights — we have been forced to abandon the travel bug within us.