Established with the mission to give shelter, hope, and happiness to the homeless, oppressed, mentally and psychically challenged people, Apna Ghar Ashram is changing lives one at a time.

The organization's aim is to not let anyone perish due to a lack of help and support. They have successfully saved many lives and provided them with food, shelter, and medical care, then, restoring them to mainstream society.

A history about the organization

It was on June 29, 2000, the organization under the name of Maa Madhuri Brij Varis Sewa Sadan, Apna Ghar was first established in Bajhera, District Bharatpur of Rajasthan (India). The seed was first sown by Dr. B.M.Bhardwaj and Dr. Madhuri Bhardwaj.

The idea behind the organization was to serve the homeless, helpless, destitute, sick persons who are facing a very painful phase of life. That's when Apna Ghar who also runs an ashram, comes in and provides all necessities like treatment, food, clothing, care, and other requirements without any charges and with public support.

In fact, more than 50% of the residents have been rehabilitated in various ways. Currently, there are about 458 men and 1004 women who live in the ashram. There are various categories of inmates that live here which include the mentally challenged, sick, handicapped, injured, people with HIV/AIDS, and people who have been abandoned on the streets by their families.

Where do they work?

There are 35 ApnaGhar Ashrams at present in eight states of India, along with one in Kathmandu, Nepal. And how many people stay in such ashrams? There are a total of 6125 people who stay in such ashrams - this includes 3778 men and 2347 females. Each inmate is called prabhuji and is being served by the organization.

A lot of these inmates are suffering from mental illness, intellectual disabilities, HIV+, visual loss, deafness, fractures, leprosy, TB, Asthma, and epilepsy in old age. There are no age limits for our residents. They have both children and elderly people. 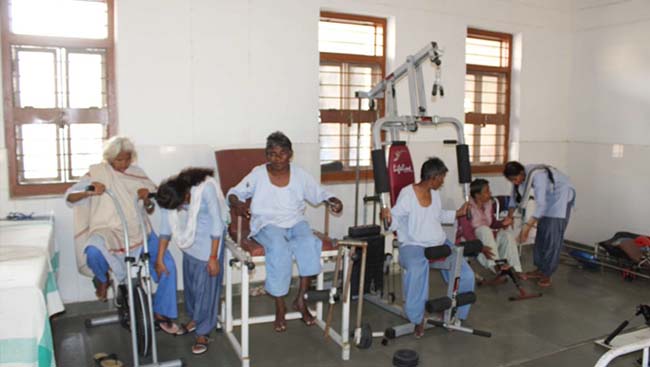 Other than surviving human beings, the organization also provides shelter, nutrition, and medical care for more than 250 sick and injured cows, dogs, cats, monkeys, donkeys, horses, neelgay, peacock, parrots and other birds at our Bharatpur Ashram.

How do they function?

The organization has very systematic ways of rescuing people. They have dedicated ambulances, paramedics, and special rescue teams who work closely with the police force and other government organizations. At Bharatpur ashram our rescue team covers an area up to the threshold of 400 km and in our other ashrams, the rescue team covers an area of about 100 km from the Ashram base. If you wish to refer someone, the ashram will accept them no matter which part of the country you call from. Rescuers are not just provided with basic amenities and appropriate treatment, the volunteers are also working very hard towards rehabilitation with their families, with the help of administration and police. The organization has set up Apna Ghar Sewa Samitis and helplines, within different geographical locations in the country, where prabhujis can be picked up and brought to the nearest Apna Ghar Ashram. Presently 41 Samitis and 58 ApnaGhar Helplines are running throughout India, by our Organisation.

Bringing back their faith in God

The prabhujis who live in different ashrams belong to different religions and castes. Therefore, the facilities for worship as per their religion and customs are made available at every home in the Ashram. The worship places are called “Sarve Dharm Prarthna Sthal” where they get to meditate, sing bhajans, perform their rites, etc. For recreation, all the inmates can enjoy a television, music system, and different types of play equipment and musical instruments.

How can the public be involved?

The establishers offer enough and more opportunities for the public to get involved. No, we are not talking about financial contributions but also in the form of voluntary service for our residents, helping in the day to day to running of the ashrams and providing administrative support. 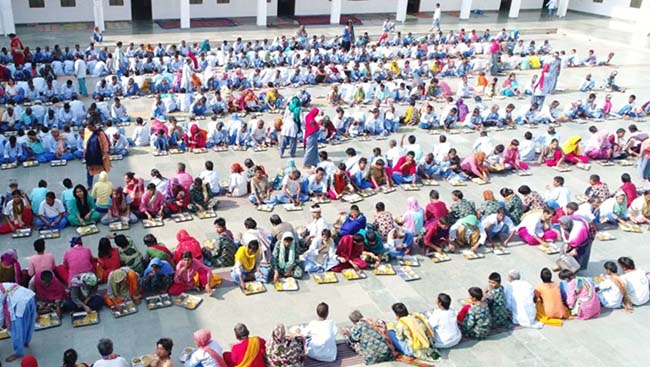 One of the best aspects of the organization is that they operate in a very transparent manner and visitors are struck by the conviction and dedication of the staff who are offering services at apna ghar ashrams. The organization has opened up its doors to all those individuals who wish to offer something back to society, in the form of selfless service.