In a quick tête-à-tête, we speak to Ranbir Kapoor and Alia Bhatt about their latest film, BRAHMĀSTRA, the inspiration for the film, and how the couple is looking forward to being parents.

BRAHMSTRA the Trilogy is a 3 part film franchise and the beginning of India’s first original universe The Astraverse. It is a new original cinematic universe inspired by deeply rooted concepts and tales from Indian history but set in the modern world, with epic storytelling of fantasy, adventure, good vs evil, love, and hope; all told using cutting-edge technology and never seen before visual spectacles.

Our story is set in modern-day India, against the premise of a secret society called the Brahm ā nsh; who generation after generation have protected many divine Astras (that were created in ancient India and safeguarded from the eyes of the world. The most powerful and the most deadly amongst these divine weapons; the Lord of all the Other Astras named after the most powerful weapon of the Gods, the BRAHMSTRA, is now waking up. And it threatens to completely destroy the universe we know today.

BRAHMSTRA: PART ONE is the story of SHIVA a young man and our protagonist, who is on the brink of epic love, with a girl named… Isha. But their world is turned upside down because Shiva learns that he has a mysterious connection to the Brahm ā stra… and a great power within him that he doesn’t understand just yet the power of Fire. In this movie, we experience Shiva’s adventures as he journeys into the world of Astras and in turn, discovers his destiny as the divine hero of the universe.

Darpan: Do you think BRAHMĀSTRA is a kind of film that will take Indian culture or spirituality and mythical characters to the world?

Ranbir: I don't think, I believe, with all of us related to BRAHMĀSTRA and people who have worked on BRAHMĀSTRA - we have had this belief for the past five years and our belief has only gone deeper and stronger. There are a lot of great intentions behind making this film. It is a film that is a great celebration of our rich and unique Indian culture. It is inspired by Indian mythology. It is fantastical. It has got a fictitious love story inspired by the gods and goddesses of our country. We believe that it is a film made with all the right intentions, so it will appear to a larger audience.

Darpan: Marvel Cinematic Universe films performed impressively, especially in India. You are breaking into that mold with BRAHMĀSTRA, is that a lot of pressure?

Alia: I would not compare a film like BRAHMĀSTRA to any of the existing universes for various reasons. You just can't compare them because it is like comparing two fruits that have two very different qualities in them and are equally special and nutritious. BRAHMĀSTRA is a totally original universe. Ayan is constantly talking about how he is inspired by Lord of the Rings and Harry Potter. We take inspiration from day-to-day life. We see a plant and we can be inspired by it. At the end of the day, the originality of BRAHMĀSTRA  is unique to the BRAHMĀSTRA score. So, I wouldn't say we are entering this mold, the only similarity is that you can say that it is a "universe". But there are so many universes that are being created all over the world.

Ranbir: But definitely inspiration because what Marvel has done in the entertainment world is something that has never happened before. Yes, we have seen Star Wars and Indiana Jones in different series but I think our generation and for your generation, Marvel have given us unlimited entertainment over ten years. So Ayan was really inspired by the fact that you can use modern technology to tell a very Indian story and appeal to a larger audience and appeal to an audience worldwide because stories from India are something which hasn't been really discovered yet, apart from the Ramayan and the Mahabharata. There are so many stories that are rich in our culture and I think if BRAHMĀSTRA  clicks then it will encourage a lot of filmmakers to tell stories of Indian culture, of Indian characters because we have it all, we are so rich in stories but I don't think we have had the means to tell them because they are so imaginative and they are so large in scale. Now with the use of VFX and technology, we can finally do that.

Darpan: What about this film convinced you to take up this role and what is the similarity between Alia and Isha?

Alia: I didn't need any convincing honestly. I was a huge fan of Ayan as a filmmaker from the time of Wake Up Sid which is before I even knew him. So, when the opportunity came to me to do a film like BRAHMĀSTRA and be a part of this massive mission, there were no two ways about it. I was convinced on day 0. As for similarities between me and the character, I am not sure. I always let the audience decide whether there are any similarities because I will be giving them a perspective, way before they have experienced it. So, I will wait for them to experience it and give me that answer. 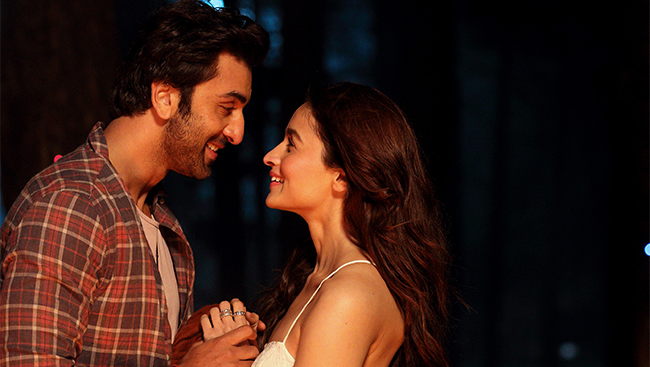 Ranbir: I know as actors we are asked this question quite a bit but for actors, there are a lot of personality traits that subconsciously you take from the character you play and you realize it only after a couple of years. There is certain learning that you have got through the experience of storytelling or playing a character. It is very rare that a character really reflects who you are as a personality. But eventually, in your life, your personality becomes an amalgamation of certain characters you have played. I think spiritually or subconsciously that happens. But I see a lot of Isha in you. I think there is a lot of strength in Isha, the positivity and desire to do something for somebody, selflessly is a trait you have.

Darpan: The viewing dynamics have changed and you'd know it the best. You've not only delivered a hit with Gangubai Kathiadwadi but also decided to take your debut home production film to OTT. Do you think it's getting difficult to gauge what the audience truly wants?

Alia: We discuss this quite often and at the end of the day I think the audience will always respond to good content whichever platform you put it on. So whether I delivered a film like Gangubai which is a commercial success as well as a loved film, or a film like Darlings that came out on Netflix, at the end of the day - when I am traveling and I am meeting people, they are talking to me about the film. After a couple of years, you forget how much money the film made or where it really came from. What you remember are the stories and the characters. So, give the audience a good story, something from the heart and they will always respond. Having said that, there is no formula. You may think it is a great story and will put everything together but it might not land and come together, sometimes. But that is the beauty and the risk of this creative business and the movie industry. That you can have all the right ingredients and it won't really fluff up. And sometimes you can have the most random ingredients and it makes so much sense. I think that's the beauty of it.

Ranbir: To add to that, let me give you the example of two films. One is RRR - it has appealed to people from all over the world, for example, Americans. They are enjoying the film. A film like Gangubai was so loved in Thailand. The local Thai people responded to the film so well. If it is good content, and good storytelling - it will work and we saw that with movies such as Parasite, Life is Beautiful, and Crouching Tiger, Hidden Dragon. If you have good storytelling and content and intention, I think it reaches out. And today, I think we are lucky that we have another platform like the OTT platform where the film can reach out to a larger audience. Maybe as an Indian film, you don't get the releases, you don't get the markets or certain theatres, but now with the OTT platforms, if your content is good people from all around the world can enjoy it.

Darpan: Tell us about your journey of becoming parents and how you feel about it.

Ranbir: I think we are discovering it every day. We end the day every day by talking about it, and by planning and marking it on the checklist.

Alia: To answer your question, I don't think you can be really prepared. But just keep stars in your eyes and look forward to every day - every day is a miracle and a blessing, every day is a moment we are grateful for, and I think all we pray for is health.

Ranbir: I think she is awesome, she has been healthy, she has been working, has been fit, eating well, reading about  important things and having conversations with everybody, so I am very proud of how you are dealing with your pregnancy.