You might be thinking to yourself, what on earth is a Porsche Cayenne Coupé? Don’t worry — it’s not a two-door monstrosity like the Ranger Rover Evoque Convertible. Think rather a shorter and wider version of the popular model, targeted at consumers yearning for an SUV that puts a bigger emphasis on the “Sport” part of the acronym. Darpan tested one out over the course of a week to see what the fuss is about.

First thing most people will notice is of course the profile of the mid-size luxury crossover, which looks as though the top has been stepped on slightly.
“The significantly more steep roof line that falls away to the rear makes the Cayenne Coupé appear even more dynamic, and positions it as the sportiest-looking model in the segment,” says Michael Mauer, Style Porsche vice president in a news release. 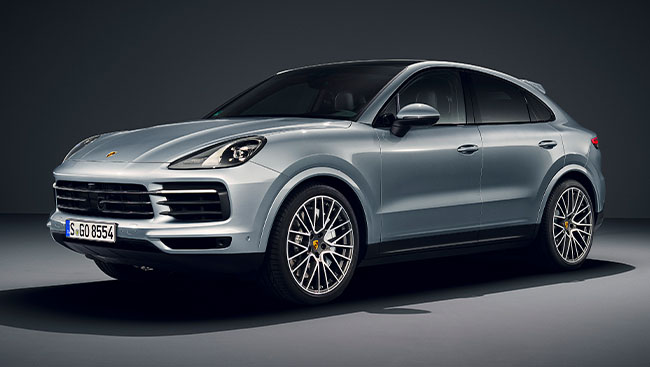 Enhancing the appearance is a shallower windshield and A-pillar, resulting in a roof edge nearly 20 millimetres lower than the standard variant. The back doors and quarter panels are reshaped as well, broadening the shoulders of the vehicle.

Designers and engineers have overlooked no detail. This includes widening the rear track by 18 millimetres, and relocating the license plate bracket from the liftgate to the bumper in order to reinforce the visual of a muscular body sitting closer to the ground. Something not seen too often on crossovers is the addition of an adaptive spoiler. Often reserved for cars like the 911, the horizontal sill rises up overtop of the tail lamps when the driver is traveling at speeds above 90 km/h to increase downforce. There is also another static spoiler installed above the back window.

In certain similar “coupé” style competitors the smaller greenhouse can result in less headroom, however not here since the second row bench is 30 millimetres lower compared to the regular Cayenne. No matter where you’re sitting the seats are comfortable and supportive in classic Porsche fashion, and the chairs up front are especially so offering eight-way adjustability. 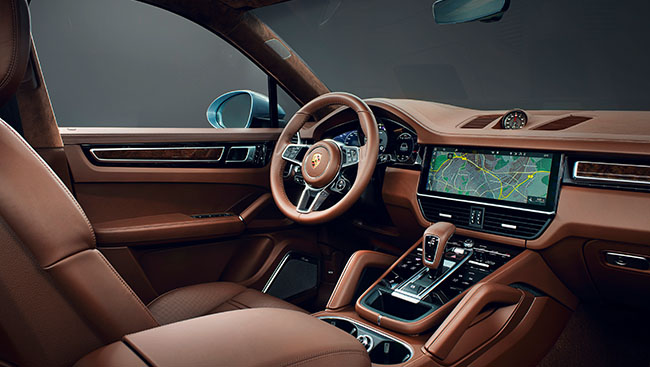 The S grade that we were behind the wheel of packs a 2.9-litre twin-turbocharged V6, mated to an eight-speed automatic transmission, generating a healthy 434 horsepower and 405 lb-ft of torque. The performance is more than adequate to pull the 2,000-plus kilogram vehicle around, even allowing a sub-five-second 0 to 100 km/h time.

Porsche says the Coupé is every bit as capable in the off-road department as the normal Cayenne — a claim I personally can’t speak to as I stayed on city streets — but the feature list is nevertheless impressive: standard all-wheel drive with the Porsche Traction Management system and a special Gravel, Mud, Sand and Rock driving modes.

For buyers who like to customize, adding the optional three-chamber air suspension boosts maximum ground clearance up to 244 millimetres, and the wading depth to 528 millimetres when the situation calls for fording a stream or two. 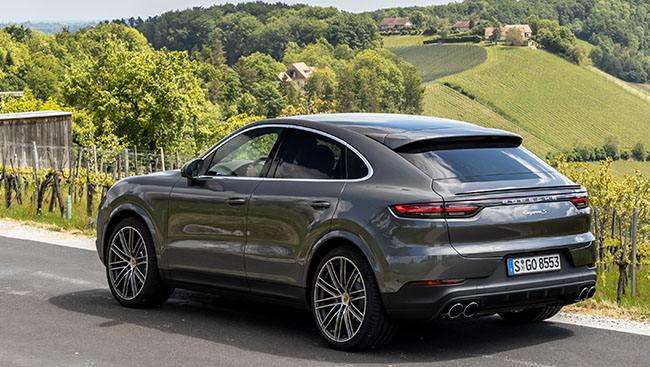