The return of the turbo

After seven long years, the Mazda3 finally receives a forced induction powerplant once again. No, it’s not branded as a “Mazdaspeed,” or offered in a manual for that matter — sadly the former days are likely gone as the company further moves toward a premium direction. However the fun factor is retained, albeit in a more civilized package.

Our goal [with this model] is pretty simple: to deliver drivable performance that's not just about wide open acceleration, but letting the driver precisely control how the acceleration is delivered. We want the driver to always have this subconscious sense of confidence or connection while driving the car because it has the potential to let you go very, fast with very little effort,” said Mazda R&D powertrain manager Jay Chen during a virtual product presentation. 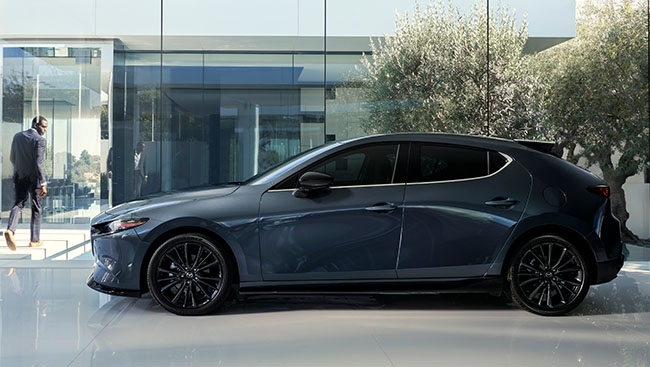 “It's our concept of horse and rider as one (known as Jinba Ittai in Japanese), when the car's response matches the driver's input to the accelerator pedal without delay or misinterpretation. We want this in any driving scene regardless of whether you're crawling through traffic or if you're actually charging up the winding road.”

A 250-horsepower turbocharged 2.5-litre SKYACTIV-G engine, similar to the unit found in the Mazda6 mid-size sedan and CX-9 SUV, sits under the hood of the AWD GT trim only, and being shoehorned into the much smaller 3 allow things to really get cooking. This is particularly true at lower revs due to the 320 lb-ft of torque (using 93 octane), a number more than double the output of the naturally aspirated 2.0-litre mill in the standard variant.

Taking the hatchback — also available in a four-door format — out for a couple of days at a socially distanced first drive event in early November, that increased torque was obvious on the long stretches of highway on the route out to Maple Ridge. Equally noticeable was the pleasant (electronically-assisted?) exhaust note filling the cabin, the true source of which doesn’t appear to be addressed anywhere in the promotional materials. 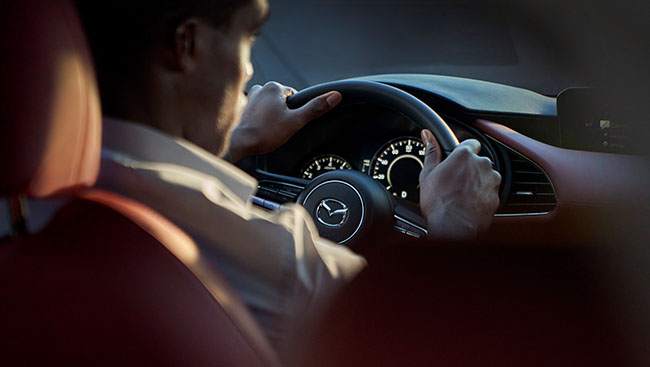 The huge boost in torque, with little lag as a result of the Dynamic Pressure Turbo system producing a quick spool-up time, does make it feel like as though there are a couple of extra cylinders hiding somewhere. In classic Mazda fashion, handling is nimble and predictable, made even better via the inclusion of an enhanced version of G-Vectoring Control Plus vehicle dynamics system exclusive to Turbo models.

When Sport mode is turned on, the six-speed automatic transmission automatically downshifts under braking, before entering a corner rather than in the middle, so proper balance is maintained. In addition, a retuned, stiffer suspension up front keeps the ride quality both comfortable and sharp.

Boasting the same silky smooth lines as all fourth generation Kodo “Soul of Motion” Design Mazda3s, there’s no hood scoop or other obvious identifiers of the underlying force-fed motor. Instead, look for subtle changes befitting the company’s current shift towards elegance such as the larger dual exhaust outlets and turbo badging on the rear lid and engine cover. 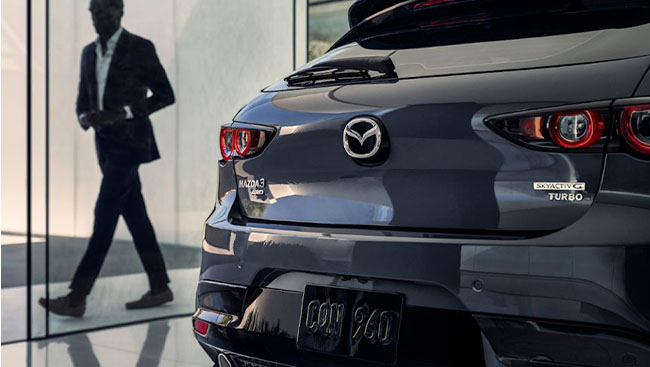