Many have been holding their breath waiting for Volvo’s initial stab at a zero emissions vehicle, the XC40 Recharge, to finally be released. Well take in some fresh some fresh air, because the Swedish Automaker has finally thrown the covers off. And the wait was worth it.

“For Volvo Cars, the future is electric. Today we take a major new step in that direction with the launch of our fully electric XC40 and the Recharge car line,” says Volvo Car Group CEO Håkan Samuelsson in a media release.

Based on the same architecture as the vehicle from performance sister brand Polestar, the Polestar 2, and of course the gasoline-powered XC40, there are quite a few shared features for those familiar with the two. But first, lets tackle the specs. 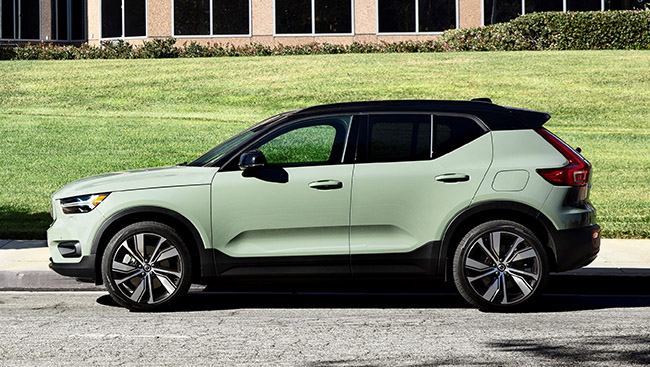 Range anxiety begone: this EV has a healthy range of 335 kilometres on a single charge of the 78 kilowatt-hour high-voltage battery, meaning it’s not restricted to in-town motoring only. A full top-up on a 220-volt Level II charger takes about eight hours, or a visit to a DC Fast Charger would cut the time down to 40 minutes yielding an 80 per cent capacity.

Propulsion is provided by dual motors, one mounted at each axle, creating the automaker’s only application of electric all-wheel drive so far. The setup has a net output of 402 horsepower and 486 lb-ft of instantaneous torque, translating into a 0 to 100 km/h time of less than five seconds — instead of using the common colloquialism involving a freight train, “pulls like an airplane” is a more accurate description of the experience.

As found in competing products on the market, brake regeneration technology converts the kinetic energy produced during braking and recycles it to feed the battery. Rather than holding down a paddle each time to activate this handy function, turning on the One Pedal Drive mode once accomplishes the task automatically. Whenever the accelerator is released the car slows down, and in the city virtually eliminates the need to touch the brake pedal.

Volvo was already modernizing its interiors at a fast pace, ditching physical switches for a large tablet display across the portfolio starting in 2014. The Recharge goes next level doing away with even the start button: Once the driver is in the seat and the remote fob is detected, the EV is ready to go after shifting to “D.” Also, the infotainment is powered by an all-new Google Android OS that doesn’t require a paired smartphone to operate. 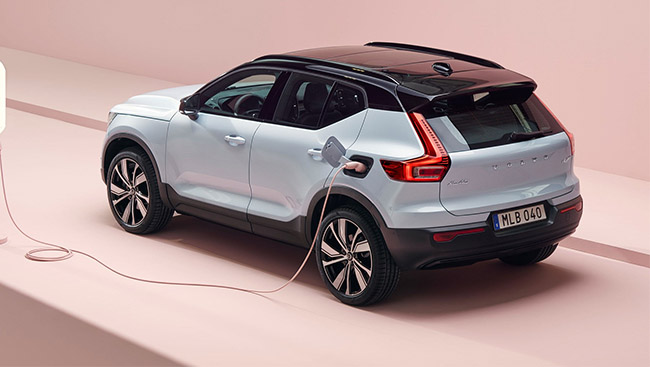 Another company first is the use of the Advanced Driver Assist System (ADAS) sensor platform. Though like the current safety system collision avoidance and mitigation is offered, ADAS is scalable and can be upgraded adding future enhancements in the future.

Look for the 2021 Volvo XC40 Recharge to hit dealerships later in the year.