Music transcends boundaries and connects people across the globe. A capella, a form of music where people sing without musical instruments (choir-style music), is rapidly gaining popularity. An Indian group - Penn Masala, have carved their niche in the A capella world with a fan following that is spread around the world. They have many accolades and achievements in their kitty such as performing for President Obama at the White House, they have also been featured in the major-motion Hollywood movie Pitch Perfect 2, as well as performing at the 2014 IIFA awards and the 2018 Gaana Music Festival. They also had the privilege of performing for many Indian icons including Priyanka Chopra, AR Rahman,Sachin Tendulkar, and Mukesh Ambani. 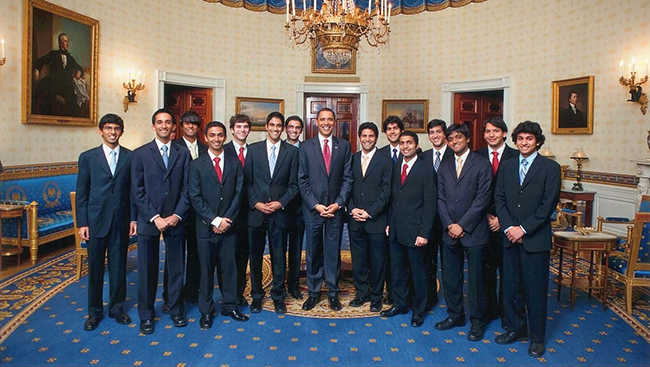 Founded at the University of Pennsylvania in 1996, Penn Masala has successfully pioneered South Asian a cappella in the United States. Penn Masala was born with the desire to create music that traversed traditional cultural boundaries and captured the experience of growing up with competing Eastern and Western cultures. As the first group in the world to bring the sounds of the Indian subcontinent to a cappella, they have consistently been at the forefront of South Asian-Western fusion. Their music has grown to attract fans from all backgrounds, and a wide range of cultures, and in turn, has influenced them to create magic.

Over the past 26 years, they have released 12 full-length studio albums and an EP. They recently released Midnight Oil, which is their 12th studio album. The group has also written, arranged, and produced several original compositions. In addition to performing sold-out shows at various universities across the United States each semester, they have performed internationally in the United Kingdom, Canada, and India.

Tell us a little bit about your musical journey.

Saaketh: I personally sang Carnatic music growing up, but there are a wide variety of musical backgrounds in the group. For example, some people have a Western choir  background, others have a Hindustani music background, and some don’t have any formal music experience at all! The beauty of a cappella is that it brings together people from such diverse backgrounds, and allows us to work together on something while putting our own unique spins on it.

Raghu: I found out about a cappella in high school when I came across some videos of Penn Masala on YouTube. It was really cool to see how songs were created using no instruments at all!

What was your experience like while shooting for Pitch Perfect 2?

Sachit: Well, no one in the group right now was in the group in 2015, when Pitch Perfect 2 was shot. Needless to say, it was an amazing opportunity for the group, and one that we are super grateful to have been a part of.

Tell us about your new studio album release.

Albert: We just released Midnight Oil, our 12th studio album! Midnight Oil was started in February 2020, almost immediately after the completion of our 11th album, Musafir, with the arrangements of Taare Zameen Par / Paradise and Om Shanti Om / September. The next couple of years brought a challenge unlike any the group has faced in its time, forcing us to find new methods to practice, arrange, record and produce our music virtually. Midnight Oil is the story of the group’s journey through the pandemic, both from that production standpoint and our musical identity. From My Future / Yeh Dooriyan / Kalank, which expressed our melancholy hopefulness during quarantine, to Hazy, a celebration of all that we have regained over the past year, each track on this album captures the group at a different stage of the long road back to an in-person world, as we grew together and found the sound we were looking for. We’re excited to share that our album is now available on most major streaming platforms! 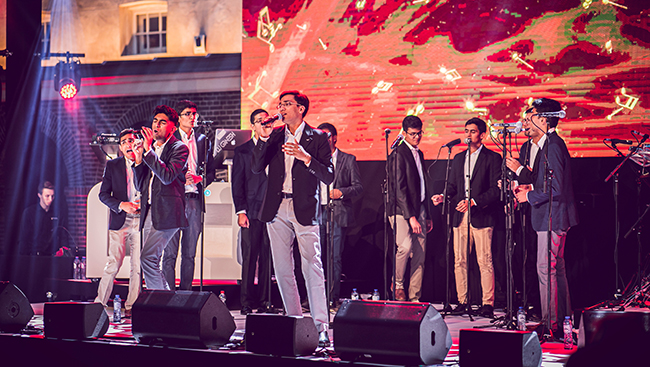 A Capella is popular in the Western world. How has your journey been as an Indian group in this form of music?

Vish: It’s been a really fun journey! We always try to push the boundaries when it comes to our fusion music. One of our most unique songs off the new album is Ragas of Malhar, which features interesting background parts that we’ve never tried doing before, along with new and unique tabla beatboxing. A lot of us grew up in environments where we were constantly switching between listening to American and Indian music, and through Masala, we try to make music that encapsulates both of these identities we grew up with. We hope our music empowers people to enjoy these two worlds at the same time, rather than separately!

Any expert advice or tips for fellow A Cappella enthusiasts?

Samarth: I think the biggest piece of advice I have is to always remember why you do what you do. It’s often easy to ride the wave of emotions that results from likes and interests in social media, but at the end of the day, us musicians only do this because we love it!

They have many accolades and achievements in their kitty such as performing for President Obama at the White House, they have also been featured in the major-motion Hollywood movie Pitch Perfect 2, as well as performing at the 2014 IIFA awards and the 2018 Gaana Music Festival. They also had the privilege of performing for many Indian icons including Priyanka Chopra, AR Rahman, and Sachin Tendulkar.

Maharastrian filmmaker Chaitanya Tamhane has had a year. His second feature, The Disciple, not only found its way to the Toronto and Venice Film Festivals, it won Best Screenplay at the latter and was acquired by Netflix.