"Every time I’ve chosen a project, it’s because I’ve felt it could teach me something, or open an area in my body, in my heart or my mind that hasn’t been explored yet."

Actor Rohit Saraf has come of age on screen. Born into a Hindu-Nepali family in 1996, Saraf started his performing career as a dancer, but at 16 he was picked for a recurring role in the teen drama Best Friends Forever? His father was the initial propeller in his pursuit of a career in entertainment, so when he died, an 11-year-old Saraf decided to push forward to honor him.

Saraf first made an impression as the duplicitous cousin of a Norwegian-raised teen forcefully relocated to Pakistan in What Will People Say. The indie film premiered at TIFF in 2017 to rave reviews. 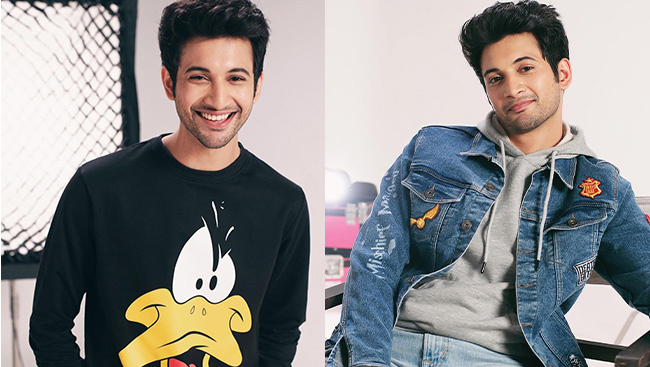 Rohit’s follow-up move was a high-profile one: The Sky Is Pink, the film adaptation of Aisha Chaudhary’s journey battling pulmonary fibrosis. The actor was tasked with portraying Aisha’s brother and share the screen with Priyanka Chopra (in her final Bollywood performance to date) and Farhan Akhtar. “I may not have been as connected to (What Will People Say) as I was to The Sky Is Pink. The character of Ishaan Chaudhary was very emotional, as I am”, Rohit acknowledges.

The actor’s connection to The Sky Is Pink goes deeper than that: “There was a very similar time in my life when my sister had a stroke. She was pregnant at the time. I understood how helpless the character felt because that’s how I felt. Many times I felt I was reliving moments I already experienced, including when my father passed. I got closure that I didn’t realize I needed in my life.”

The actor’s first lead role has propelled him to new heights. The Netflix show Mismatched has transcended Indian borders to become a global hit and has helped Rohit become a household name. Based on the YA novel “When Dimple Met Rishi”, the series focuses on two young adults with radically different ideas of love that come together over six episodes filled with misunderstandings, class warfare and generation gap-drama. “Rishi is a hopeless romantic, and so am I.”

Not only Mismatched was 2020’s most popular scripted show on the streaming service in India, it did remarkably well around the world, particularly in countries with a large South Asian community. Add Ludo (a caper directed by Anurag Basu featuring Rohit) and The Sky Is Pink and you have a banner year for the young performer. 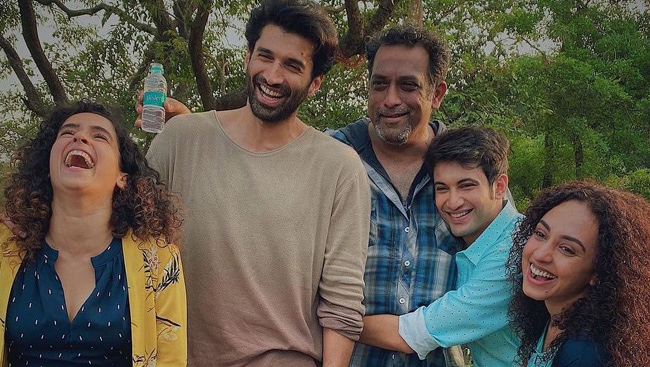 Your output has either been a critical success or a popular hit. To what degree do you plan your career?

I’ll be honest and say I’m a very intuitive person. You always want to do bigger and better work. Having said that, there isn’t a particular formula in my head. If I fall for a script or a character, that’s when I want to do it. Every time I’ve chosen a project, it’s because I’ve felt it could teach me something, or open an area in my body, in my heart or my mind that hasn’t been explored yet.

Do you still get nervous working with actors of the caliber of Priyanka Chopra?

It’s nerve-wracking, but only in the beginning. After you break the ice, once we get to know each other, it becomes normal. I’ve had the best time shooting with these people. Consider Priyanka, she’s not only an actor, she’s a producer, a director, a songwriter. There’s so much you can learn just by being around her. Priyanka and Farhan (Akhtar) can come up with jokes at the drop of a hat.

From this conversation I gather The Sky Is Pink was a seminal moment for you. What was the biggest lesson you got from it?

Is there any kind of movie or TV show you wouldn’t do?

I never say never to anything, but there’s a genre I’m not particularly fond of: Horror. But I like to keep my options open. The Sky Is Pink and Mismatched are all available on Netflix. What Will People Say is available on Prime Video.

It’s not the first obstacle the creative director and CEO of Mustang Productions, Sadia Siddiqui, has faced in her career but is one of the biggest ones.

From performing a cameo in the most-awarded movie of the year, Gully Boy, to releasing hit independent EPs like Bloodline, Raja Kumari is on top of her game.