Highlights:
MSRP(as tested): $65,900
Motor: 3.0-litre turbocharged V6 diesel
Horsepower: 254 @ 3,750 rpm
Torque (lb-ft): 443 @ 1,750 rpm
Gearbox: Eight-speed automatic
Layout: Front engine, all-wheel drive
Fuel economy: 18.9 L/100 km mixed city/highway (observed)
When a vehicle enters its next generation, the evolution from one platform to the next can be subtle or significant. In the case of the new fifth-gen Land Rover Discovery, it’s definitely the latter, and then some. The British automaker has taken the cult classic and softened a few lines, infused the latest technology and all the while keeping an aesthetic that should appeal to diehard fans and newcomers alike.
“New Discovery redefines the large SUV. Land Rover’s design and engineering teams have revolutionised the Discovery DNA to create a highly desirable, extremely versatile and hugely capable premium SUV. We truly believe the result is a radical departure in design that will introduce the Discovery Family to a new, wider customer base,” says Land Rover’s chief designer Gerry McGovern. 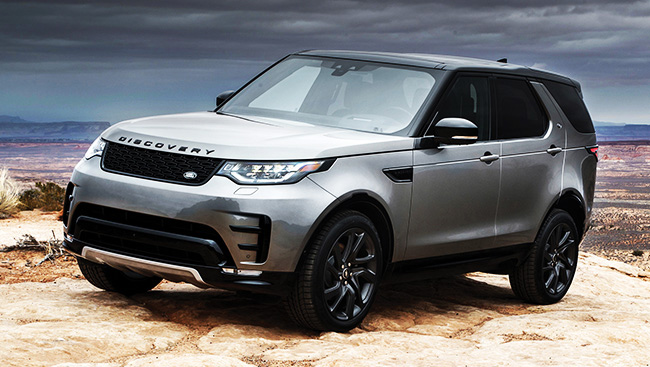 Certain characteristic exterior elements have survived the overhaul: the angular A-pillars and that flat, boxy roofline prevalent throughout the lineage. Everything else, however, either improves on prior concepts or breaks the mould entirely. Looking at the body, it’s as though Land Rover smoothed over the entire surface, creating a slippery 0.35 drag coefficient in the process.
The headlamps undergo one of the most drastic changes becoming a sliver of their former selves, although they haven’t been slimmed down quite as much as the units on the Evoque. Inside, curved LED Daylight Running Lights (DRL) show off the modern signature pattern. 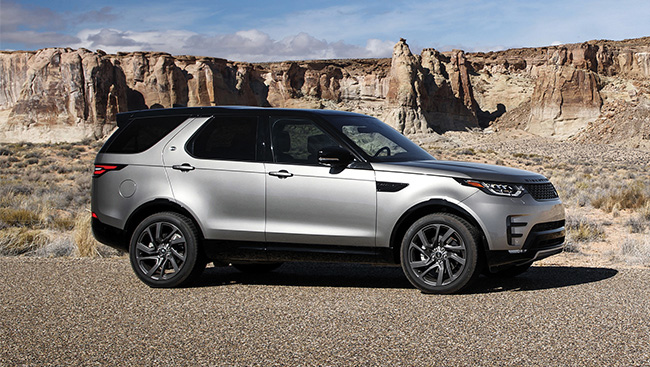 The metal mesh grille is nearly equally as skinny, not reaching down far past the bottom edge of the light housings. The side of the SUV borrows a few items from its smaller sibling, the Discovery Sport, namely the notched contrasting wheel arch flares that connect to the rest of the blackened lower bodywork.
Perhaps the biggest alteration occurs at the back. For the first time, Land Rover has done away with a two-piece tailgate, opting for a cleaner single-panel unit yielding a larger opening for luggage as well as more effective shelter during inclement weather. A powered cargo floor extension is included that, folded out, prevents scratches to the bodywork when loading and unloading, and acts as a handy seat to boot. 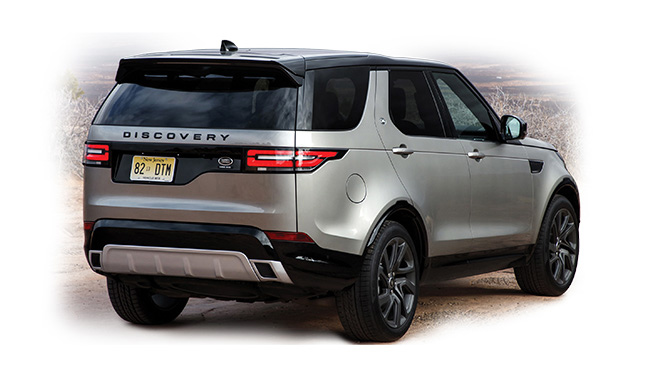 In-between the horizontally stretched out LED tail lamps lies an asymmetrical license plate recess. An emblem is inset into the narrow portion, and the plate is installed in the wider end. Seeing as how this is at the core a go-anywhere vehicle, the InControl Touch Pro infotainment system inside displays a lot more than just audio and GPS information. A graphical representation of the suspension and differential articulation is shown on the widescreen touch-sensitive monitor in real time and adjustments can be made on the fly.
Should you decide to take your $63,000-plus purchase off-roading, the Disco has 282 millimetres of ground clearance – 43 more than the LR4. In other words, obstacles such as logs, ruts or rocks don’t pose much of a challenge. The SUV features Terrain Response 2 technology, optimizing traction for different environments like gravel, sand, snow, mud and so on. The real beauty of the system is the automatic setting, able to switch modes on its own when the multitude of onboard sensors detects changes in surface conditions. Even just driving on twisty, icy roads wearing M+S tires, I never once felt any real slippage. 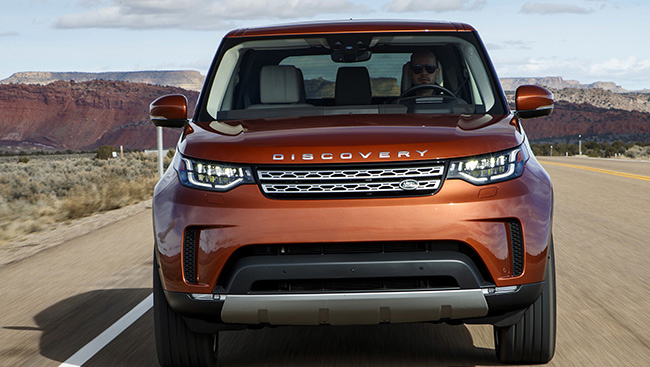 There are seven seats in the cabin, all endlessly configurable using automatic switches. Smartphone savvy users can also download the companion app and play with the positioning remotely on their mobile device. Note: like most seven-passenger vehicles, when the back bench is upright, there is very little storage capacity leftover. On a shopping trip, we struggled to fit even a few bags behind the third row.
The all-new Land Rover Discovery is sold in three trim levels – SE, HSE/HSE Td6 diesel and HSE Luxury – and two powertrains are available. Both are 3.0-litre V6s, one a turbocharged diesel producing 254 horsepower and 443 lb-ft of torque, the other a supercharged gasoline engine making 340 horsepower and 332 lb-ft of torque, mated to a ZF eight-speed automatic transmission.

“We call the Velar the avant-garde Range Rover. It brings a new dimension of glamour, modernity and elegance to the brand. The Range Rover Velar changes everything,” says Land Rover chief design officer Gerry McGovern.

Bigger and bolder than ever before, the gorgeous vehicle has striking bodylines. If you’ve seen the sedan variant, the story is much the same save for, of course, the tail section.

The little Coupe feels lively and agile, running on an Adaptive M suspension setup comprised largely of aluminum. Throw in a low centre of gravity, near
50:50 weight distribution and variable electromechanical sport steering and what you’ve got is a car that truly handles as though it’s on rails.

The CTS-V is by far one of the best and most refined performance cars I have driven up to date.