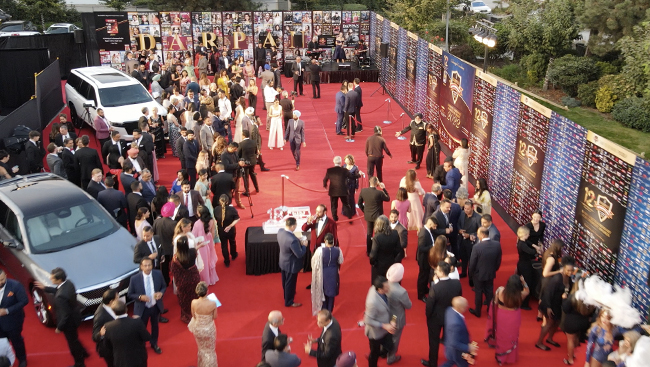 DARPAN Magazine, hosted its 12th Annual Awards in the company of esteemed social, business, and political elites. The presenting sponsor for the spectacular red-carpet event was the Royal Bank of Canada. The evening took place at Aria Convention Center in Surrey on October 7, 2022. DARPAN Awards Night 2022 was marked by the red carpet sponsored by Preston Chevrolet Buick GMC Cadillac Ltd.

The 12th Annual DARPAN Extraordinary Achievement Awards was a night of glitz and glam at Aria Banquet & Convention Centre. The function was a huge success with high profile politicians, members from the business community, dignitaries, and distinguished South Asian achievers gracing the occasion with their presence.

Dr.Gurtej Sandhu has over 1300 US utility patents in his name, more than the inventor of the light bulb, Thomas Edison. He is the only South Asian to be listed among 7 of the most prolific inventors on the planet. His memory chips are used in high tech products such as computing servers, phones, and automobile space widely utilized by Global Tech Giants such as Google, Apple, Facebook, IBM, and others.