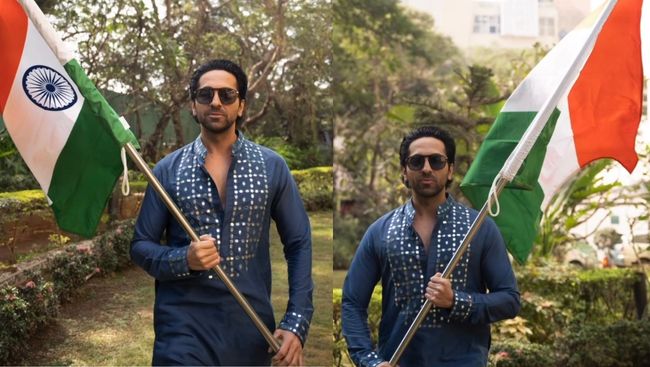 The two have worked together in about 9 films including the blockbuster 'Drishyam' franchise, yet 'Bholaa' is the first where Ajay is directing Tabu.  'Bholaa' also stars a powerful line-up of actors like Vineet Kumar, Deepak Dobriyal and Sanjay Mishra. The film is set to arrive in cinemas on March 30.

After the ceremony concluded, Suniel and his son Ahan Shetty came out of the venue, greeted the media and distributed sweets to the media personnel stationed outside the venue. Ahead of the wedding, Athiya and KL Rahul hosted a sangeet night for their guests.

Neeru Bajwa never wanted to get married, thought she would stay single forever

She graced 'The Kapil Sharma Show' along with her co-star Satinder Sartaaj and director Vijay Kumar Arora to promote their upcoming film 'Kali Jotta'. Listening to Neeru's love story, Archana Puran Singh also talked about her marriage with Parmeet Sethi.

Neeru Bajwa never wanted to get married, thought she would stay single forever

Helmed by Tom Harper, Heart of Stone is intended to be the first instalment in a series akin to Tom Cruise's Mission Impossible. The movie also stars Sophie Okonedo, Matthias Schweighofer, Jing Lusi and Paul Ready in addition to Gal, Jamie, and Alia.

Kareena Kapoor drops a major hint about her new project

Talking about her work, Kareena will be seen next in Hansal Mehta's untitled film, and Sujoy Ghosh's adaptation of the Japanese novel, 'The Devotion Of Suspect X'. She will also be seen in 'Crew', which also stars Tabu and Kriti Sanon.

Kareena Kapoor drops a major hint about her new project

Actor Sikandar Kher, who swayed the audience with his work in the streaming film 'Monica O My Darling', is back on the sets of his popular OTT show 'Aarya' which sees former Miss Universe and actress Sushmita Sen essaying the titular role.