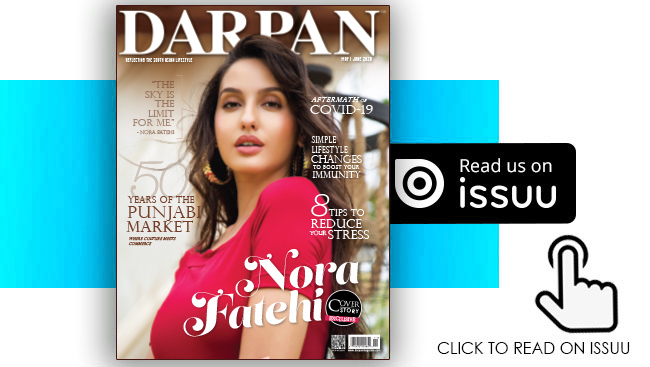 In recent times Mercedes-Benz has spent considerable resources rounding out its SUV lineup on the smaller end of the scale: first with the GLA in 2014, and then this year, introducing the brand new GLB. One of the differentiators setting it apart from class competitors is the availability of third row seating and accommodation for seven adults, among others.

Although technically a subcompact crossover, slotting in-between the GLA and bigger brother the GLC, the exterior looks larger than most. Measuring 4,634 millimetres long, 1,834 millimetres wide and 1,658 millimetres high, the generous proportions helps give passengers up front a full 1,035 of headroom and those a row behind 967 millimetres of legroom.

Aesthetically, the vehicle embodies characteristics from the aforementioned two models combining the curviness of the former and the rugged details of the latter. The GLB features an upright front fascia dominated by a 3-D diamond block mesh grille, which houses a single vented blade and large three-point emblem part of the $1,700 Sport Package also bundling 19-inch wheels, upgraded brake and AMG body aero. LED head and fog lights are included on the single Canadian market 250 grade. 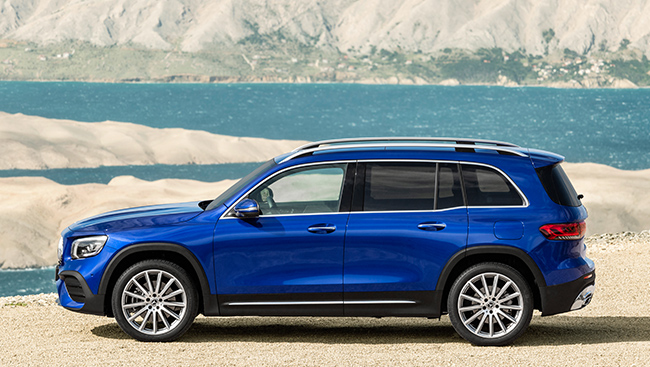 "Its design lends the Mercedes-Benz GLB an unmistakable SUV character," says Gorden Wagener, Daimler AG chief design officer, in a news release. "The clear forms with reduced lines and powerful surfaces convey our design philosophy of Sensual Purity."
Short overhangs and black protective cladding underneath the bumpers, side sills and around the wheel arches give the car a cool ready-for anything appearance. But can it actually tackle paths less travelled? Enter Mercedes-Benz’s well-respected 4MATIC all-wheel drive system is standard equipment allowing fully variable torque distribution between the two axles. Drivers are able to fine tune their experience via the DYNAMIC SELECT function that changes the characteristics of 4MATIC. 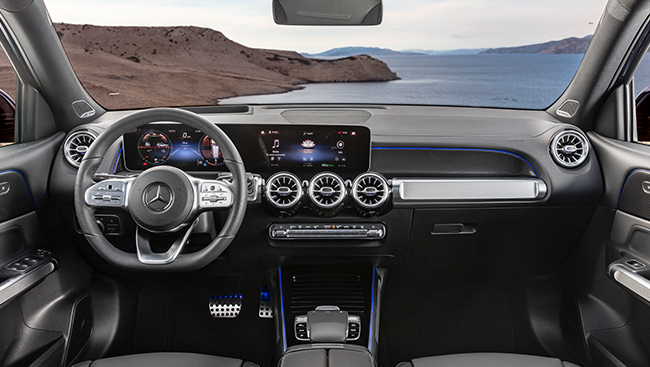 For example Eco/Comfort mode sets the front/rear bias to 80:20 for optimal fuel economy, while Sport is 70:30 for a larger focus on handling. When Off-Road is activated the power is split at an even 50:50 for maximum traction to help the crossover out of any sticky situations encountered.

The sole motor under the hood of the GLB 250 is a 2.0-litre turbocharged four cylinder producing 221 horsepower and 258 lb-ft of torque, mated to an eight-speed automatic transmission. These stats may not leap off the page, however the output is good for a 0 to 100 km/h acceleration time of approximately 6.9 seconds. The humble performance numbers is more than sufficient for the demands of the day-to-day duties of the average motorist, myself included. 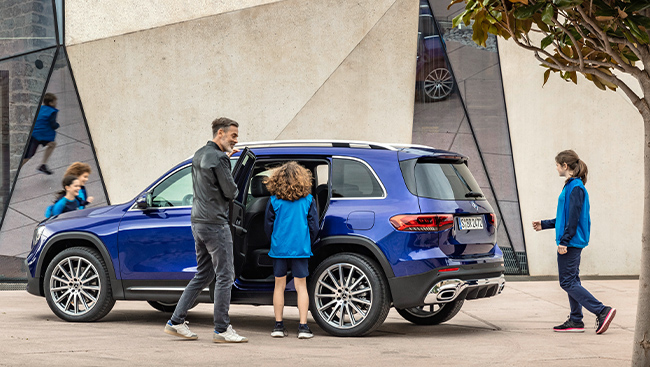 Of course, the in-house AMG motorsport arm of the German manufacturer provides another option for speed fanatics in the Mercedes-AMG GLB 35 possessing 302 horses and 295 lb-ft of torque.
As mentioned above, customers have the choice of adding a second reclining bench that can still accommodate 179 litres of cargo behind. Fold all rear seating down and the storage space balloons to 1,755 litres making the SUV perfect for hauling family members, gear, or a healthy combination of both. 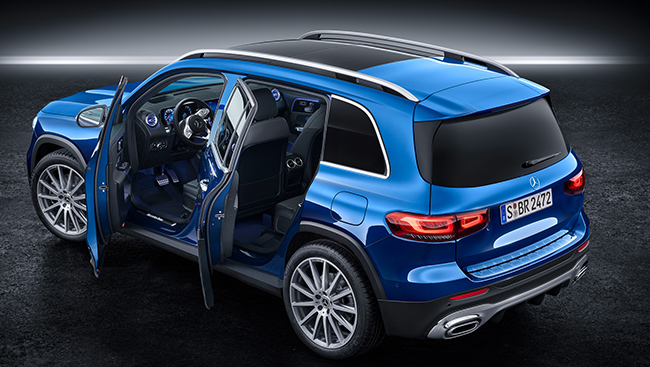 The situation elsewhere in the interior isn’t too shabby either, with MBUX (Mercedes-Benz User Experience) infotainment allowing intelligent voice control of most on-board systems using the keyword “Hey Mercedes,” and plenty of aluminum details on switches and trim pieces.

Starting at $43,990, the 2020 Mercedes-Benz GLB 250 4MATIC is built alongside the new entry-level A-Class sedan in the company’s latest Aguascalientes factory in Mexico.