Large and in charge

BMW’s classic M-powered SUV has made a return to the lineup for its third generation. And it is even more beastly than the outgoing version, yet at the same time also upping the level of refinement. Here’s the low-down on top-of-the-line 2021 X5 M Competition. 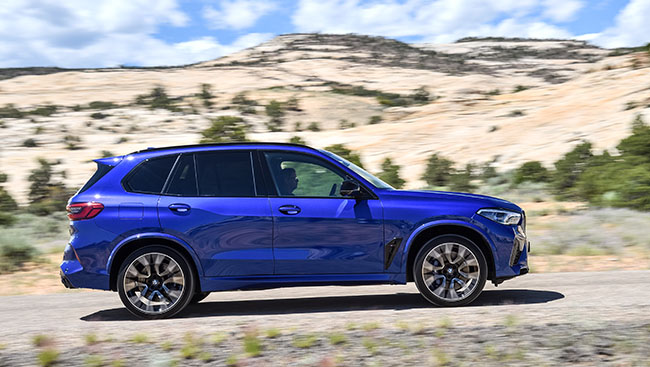 It seems like the intakes on the front bumper get larger with each successive model and the same is true here, providing much needed cooling for the boosted V8-endowed powertrain. The iconic kidney grille now has the two sections connected and is substantially taller than before, though thankfully not to the extent of the new 4 Series. In addition, there’s the usual assortment of fender gills, fender flares, window spoiler and aggressive rear diffuser enveloping the oversized quad exhaust.

The Competition grade receives some extra exterior goodies like a blacked-out treatment on the double-barred kidney grill frame, side mirror caps (or finished in carbon fibre if the $1,850 Enhanced Package is purchased), badging and muffler tips. Our press vehicle was sprayed in an electric Marina Bay Blue Metallic paint that stood out like a sore thumb among the usual sea of boring monotone cars on the road. Ambient lighting is a pretty standard feature in the segment nowadays but BMW one-ups the competition (no pun intended) with the sheer amount of multicolour LEDs hidden throughout the interior space. The dash, foot wells and speakers all emit an eerie glow in the evening, as well as the Sky Lounge panoramic sunroof doing its best impression of the shuttle bay doors on the Starship Enterprise. 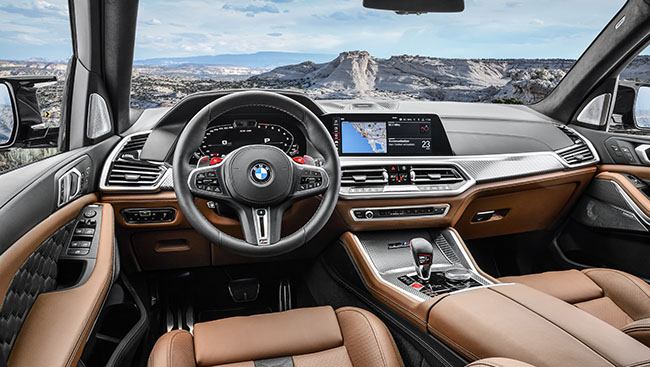 All Competitions include Full Merino Leather upholstery and matching Alcantara headliner. The seats are heated and ventilated, and the driver and front passenger receive a massage function. Adding to passenger comfort are four natural fragrances to choose from, which is part of the Ambient Air Package, ensuring the cabin always smells good.

The infotainment runs off the latest iDrive 7 OS — and the great thing about the German brand is for those who have driven any fairly recent BMW, using the revised system will feel like second nature. This is something other manufacturers would do well to emulate, rather than leaving users baffled on how to do something as simple as change the bass setting on the stereo. 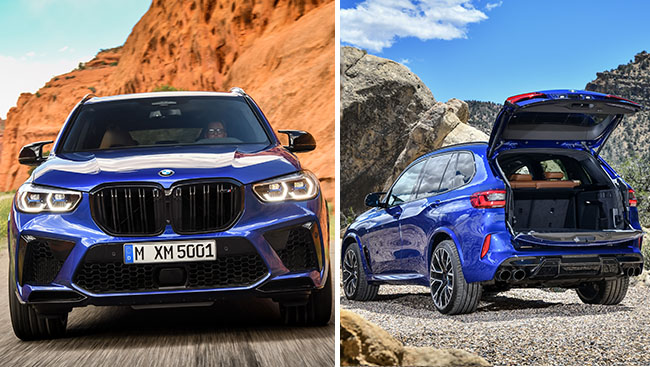 You can’t have Competition in the vehicle’s name and not have the specs to back it up. A high-revving twin-turbocharged V8 engine, paired to an eight-speed automatic transmission, produces a mind-blowing 617 horsepower and 553 lb-ft of torque, the former a full 50 horsepower more than the second-gen X5 M. Aided by traction-friendly M xDrive all-wheel drive with Active M Differential 0 to 100 km/h takes only 3.9 seconds, a number that would make most muscle cars jealous.

If the bright paint doesn’t get enough attention in traffic, the M Sports Exhausts should, especially after pressing the M Sound Control button on the centre console to open up the electrically controlled flaps in the piping. High performance SUV motoring doesn’t get much better than the 2021 BMW X5 M, which can be yours for $132,899 MSRP. 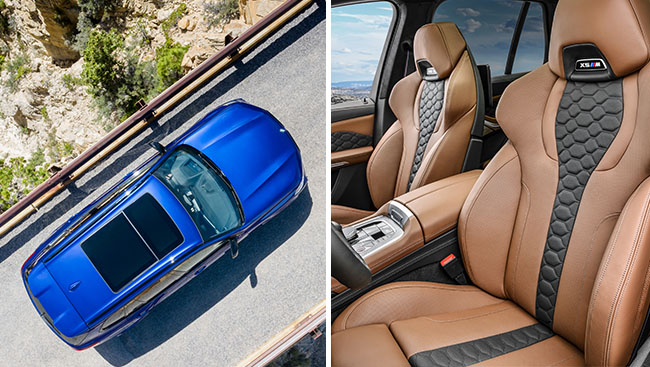 “The new Honda Accord Hybrid is really the Accord to buy, offering customers more of everything they like about Accord — more power, refinement and, of course, excellent fuel economy ratings,”

The launch party for the Rolls Royce Ghost took place at the Vancouver Showroom where this beauty worth a whopping $660K was unveiled.

Under the plans, by 2022, Mercedes-Benz will have battery electric vehicles (BEV) in all segments the company serves. Besides, from 2025 onwards, all newly launched vehicle architectures will be electric-only and customers will be able to choose an all-electric alternative for every model the company makes.

Lane-keeping assist can help steer your vehicle back into its lane if it begins to drift over the lane marker. Drivers might feel a small tug on the wheel as well as see a warning that the vehicle isn’t staying in its lane.