Ushering in a new era of the mini truck

Following a much-anticipated preview as a concept vehicle back at the Detroit Auto Show some six years ago, there wasn’t a lot of expectation that the Hyundai HCD-15 compact pickup would actually be made. Well, fast forward to present day and the 2022 Santa Cruz is a happy reality.

"Santa Cruz, with its bold styling, breaks open all new segment territory, both for Hyundai and the industry as a whole. Open-bed flexibility coupled with closed-cabin security meets the changing everyday needs of its adventure-oriented buyers, while the powerful and efficient engine and superb manoeuvrability ensure it is a pleasure to drive in urban or off-road environments. Our customers will wonder just how they managed before owning one," says José Muñoz, Hyundai Motor North America president and CEO, in a news release. 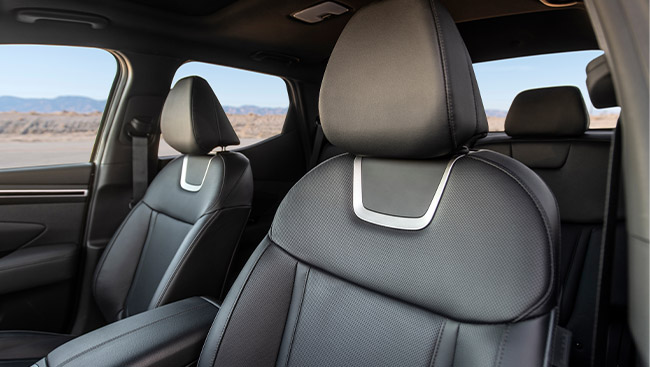 The front end is quite different from the concept, though the general essence remains the same. Around the side, the former rear suicide half doors have been replaced by regular versions allowing much easier occupant ingress and egress. The second row area is slightly smaller than the Tucson’s, the up-to-three passengers in the back enjoying a little less legroom as a result at around 927 millimeters. Still, an infant car seat fits no problem.

Measuring 4.34 feet, the bed is small by pickup standards. Carrying lengthy recreational toys may be an issue, however towing shouldn’t be the vehicle boasting 5,000 pounds of capacity, nevertheless the design is unique and useful. The floor can be lifted up to reveal a smaller storage compartment underneath, and a factory sliding and lockable tonneau cover keeps valuables concealed and protected against the elements, and can even hold up to 100 kilograms of weight.

Possessing a 2.5-litre turbocharged four-cylinder engine, making 281 horsepower and 311 lb-ft of torque, and mated to an eight-speed “wet” (utilizing oil to lubricate and cool the transmission for increased performance) dual-clutch automatic gearbox, the Santa Cruz is way more fun to pilot than a truck should be.

The vehicle accelerates like a bat out of hell, admittedly at times in a jerky fashion, enough to unexpectedly spin the tires despite standard traction-providing HTRAC all-wheel drive. The system also features multi-terrain control modes when road conditions become challenging: Snow, Mud and Sand. The short wheelbase and wide track allows agile lane changes in traffic that would make a Toyota Tacoma jealous. 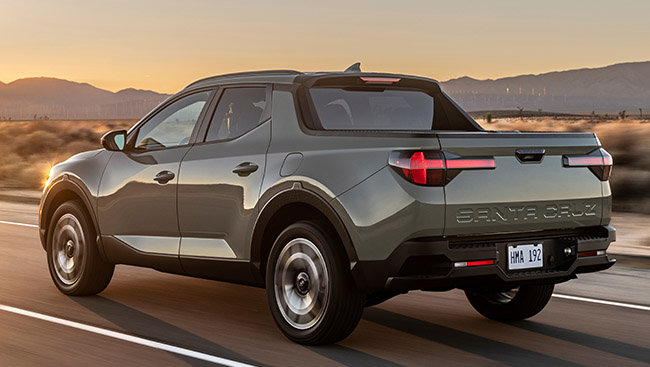 The interior is set up similar to a typical contemporary Hyundai or Kia product, the dash anchored by a big 10.25-inch touchscreen display. Navigating the infotainment is easy enough, however the lack of a rotary volume knob really makes surfing radio channels — SiriusXM in particular — cumbersome. At least designers have kept a T-handle shifter in place rather than putting in a gear selector dial or, even worse, buttons.

As a result, car shoppers on Labor Day weekend will face higher prices and a limited selection whether they are shopping for new or used. Average transaction prices continue to be at record highs, according to Edmunds data. In June, the average transaction price for a new vehicle was $42,331, an increase of 8.6% from last year.

A handful of automakers have recently come out with new performance-tuned sedans that have upgraded engines and more responsive handling to make driving fun. Edmunds’ experts have selected their five favorite models under $35,000.