Cadillac is betting it big on its first all-electric vehicle the LYRIQ, which opened for Canadian orders at the start of summer. Darpan got a chance to see the vehicle up close at a recent brand event in Vancouver announcing a new charging perk for customers and here are a few initial impressions ahead of some much-anticipated seat time. 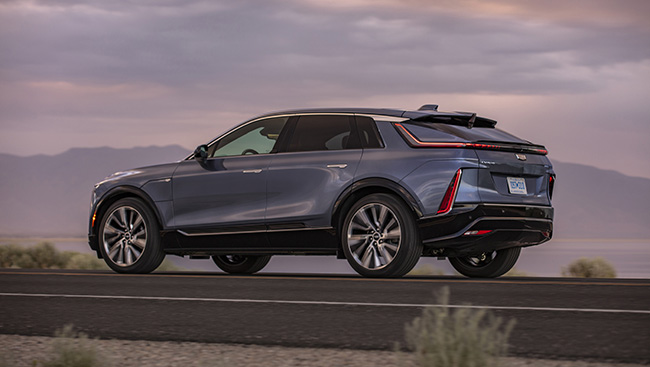 “Throughout the next decade, Cadillac will define the future of luxury transportation through a series of exciting new electric vehicles, and it all begins with LYRIQ,” says Rory Harvey, Global Cadillac vice president, in a news release during the initial reveal last year. “The 2023 Cadillac LYRIQ’s stunning design and artfully integrated technology combined with GM’s Ultium Platform will deliver a high-performance luxury experience unlike anything that has come before it, setting a new standard for Cadillac.”

The stylish exterior manages to look futuristic and familiar at the same time. High-tech barely-there headlights are hidden in the vertical strip on either side of the black crystal grill housing a monochrome badge. The low roof ends in an integrated spoiler optimizing aerodynamics.

Inside, the cabin is more spacious than conventional models thanks to the absence of a traditional gasoline engine and drivetrain. A heavy luxury emphasis is still quite obvious evidenced by the laser-etched wood and aluminum trim, huge curved 33-inch LED screen similar to the display found in the Escalade, and 19-speaker AKG Studio audio system. Lots of customization is available down to selecting from countless ambient light colours for the upper and lower interior sections. 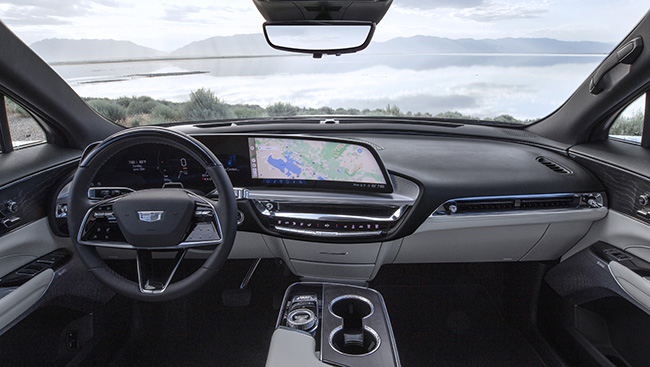 Two variants of the crossover are offered: single-motor rear-wheel and dual-motor all-wheel drive. The former, arriving first, outputs an estimated 340 horsepower and 325 lb-ft of torque and boasts a range of 502 kilometres on a single charge, while the latter bumps the performance to 500 horsepower and provides a trailering capacity of 3,500 pounds. 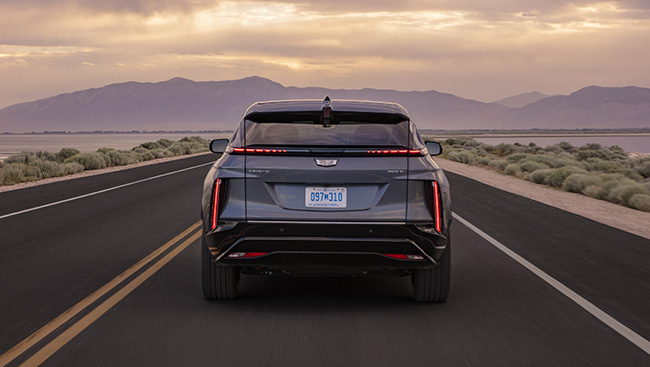 Additional specs are expected closer to launch. Both may also be equipped with Super Cruise, allowing hands-free driving on 320,000-plus kilometres of compatible highways across North America. 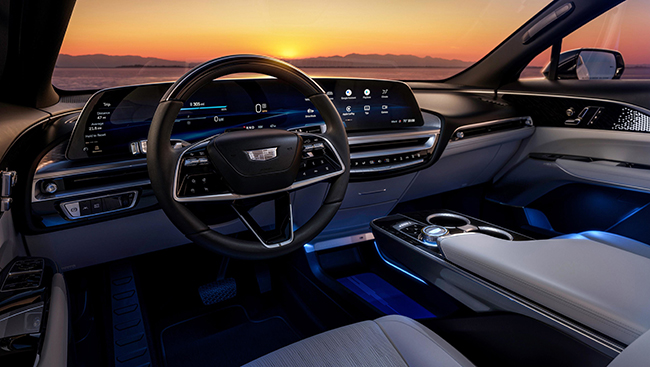 When topping up at home, up to 19.2-kilowatt-hour is supported that adds 83 kilometres of travel distance per hour. Or plug into a Level 3 station capable of adding 122 kilometres in just 10 minutes. And thanks to the new Charged by Cadillac program, getting set up is easy and affordable. Buyers who purchase or lease a 2023 LYRIQ either have the cost of a standard Level 2 home charger installation covered or receive complimentary public charging. 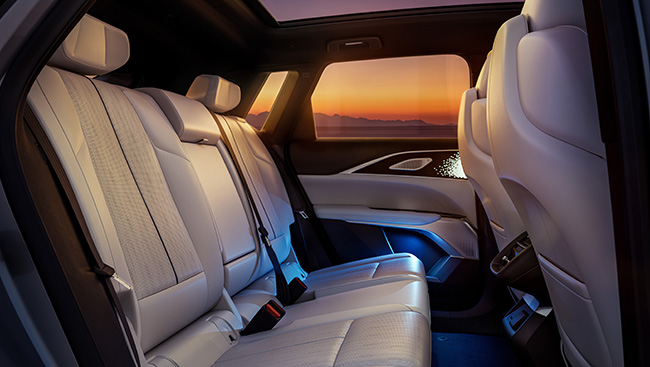 Though a customer is free to supply his or her own, GM sells an OEM wall-mounted 11.5-kilowatt Ultium PowerUp unit. After assessing an individual’s residence, partner Qmerit takes care of sourcing labour and finds an experienced electric vehicle supply equipment installer to perform the job. Those who don’t require install can instead choose a $750 FLO charging credit to use at any of the 65,000 plugs across the company’s affiliated networks.

It’d be hard to find a more appropriate rival than BMW’s M3, which has been a staple in the German brand’s lineup for decades. It too has numerous upgrades over a regular 3 Series to considerably increase performance. Which sedan is right for you? Edmunds compared them to find out.

Edmunds has conducted its real-world driving range test on over 40 EV models. The test is a mixture of city and highway driving. Below is a list of five EVs that have driven the farthest in our testing, starting with the longest. We also include EPA-estimated driving ranges as well.

Do some shopping for a new midsize sedan and you’ll find that just about every model provides high levels of comfort and the latest in technology and safety. But what if you also want it to be stylish and engaging to drive while also still being practical? Consider the Volkswagen Arteon and Kia Stinger. Which is the better buy?

Ford’s all-electric F-150 Lightning, was the second EV pickup to arrive this year. It achieves competitive range and power, while packaging clever features in a traditional full-size pickup body. Which truck is the better buy? Edmunds’ experts compared them to find out.

Edmunds compares the Genesis GV60 and the Tesla Model Y

Just like the Model Y, Genesis’ GV60 is a small SUV and boasts dual electric motors for strong performance and a tech-laden interior. Starting at $60,385, the GV60 has a solid price advantage over the Tesla. Does this upstart EV have what it takes to outperform the well-established Model Y? Edmunds car experts compared them to find out which is the better buy.

Edmunds compares the Genesis GV60 and the Tesla Model Y

The Tesla Model S has enjoyed a nearly 10-year head start on the premium electric sedan competition, but the gap is beginning to close. There’s a newcomer giving the Model S a run for its money, and it comes from a fellow startup. The 2022 Lucid Air is an all-electric luxury sedan that can compete with the Model S in some areas and surpass it in others.