If you are a penny pincher like myself and really don’t like the fuel consumption numbers on many new vehicles, then this new Jaguar XE R-Sport Diesel might be just the car you need. At the moment, this Jag is probably one of the only diesels on the market, and I know the only luxury model car so equipped.
When I booked the XE for a test I didn’t bother to check which model I was going to drive. As I drove, I was pleasantly surprised to find that the fuel consumption meter was showing 6.5 L/100 km. This had to be wrong I thought to myself, when traffic slowed to a stop I glanced to find my test car was a diesel and then the great gas mileage made sense.
The Jaguar’s diesel engine is a 2-litre turbo engine that produces a modest 180 horsepower with 318 lb-ft of torque at around 2,000 rpm. This torque pushes the XE to 100 kph in less than eight seconds, which I have to admit is a lot of fun. Keeping all this agility in check is an eight-speed ZF automatic transmission mated to an all-wheel-drive system. 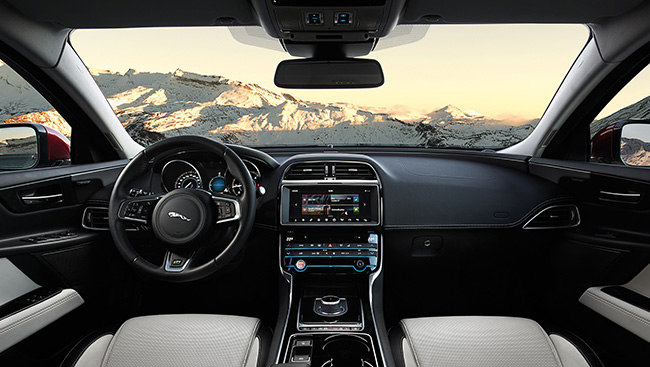 In heavy rain the Jag was sure-footed all the time making it easy to drive, something that might be taxing with all the torque the engine produces. The tremendous torque of the engine and the lower horsepower made moving about on the highway or city streets effortless. A centre dash control allows the driver to also select economy, sport or normal driving modes.
In overall size, I would class the XE as a midsized car, making it a four-seater with room for five in a pinch. As you might expect from Jaguar, the car was well appointed with leather seats and a large centre area with tough screen. All the controls were well positioned with many of them on the steering wheel. Seat comfort was very good, making this car great for long distances. Trunk room was not that generous as you might expect by the shape of the car but adequate if packed carefully.
One interesting feature I didn’t think I would like was the HUD or heads-up display that reflects the speed up on the windshield. This little feature proved useful when in rain and at night as it keeps your eyes on the road as you see the speed at all times. 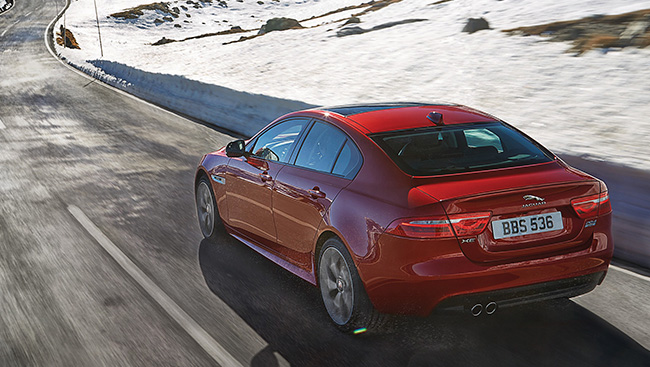 The lower roofline and higher seats and headrests did give some concern as viewing the vehicle approaching from the passenger side was a little difficult. But, by lowering the rear headrests and moving the passenger seat to align with that of the drivers, the line of sight improved considerably. When it comes to just backing up, the rear camera was more than adequate.
Overall, my time with the Jaguar XE R-Sport was quite enjoyable to drive. It handled well, and performed as you would expect a Jag should, but best of all, the fuel consumption was on par with cars half its size. This kind of fuel-efficient car will bring a lot of new buyers into the market with a starting price of $57,500.

It has been a while since I last tested a BMW and every time I do, I am amazed at how many more advanced products have been added, and as usual I was not disappointed.

Entering its third generation, Chevrolet’s Equinox has undergone a bumper-to-bumper transformation and gets the honour of becoming the first North American model to offer an exclusively turbocharged powertrain lineup.

After disappearing from the portfolio for a few years, a performance Sentra finally returns to the fold with the arrival of the 2017 Nissan SR Turbo. Much more than just a few bolt-on upgrades, it goes as fast as it looks and brings back a sense of fun to the badge that has been sorely missed.

Cleaning the Devastation of ‘Hurricane Kid’

Tips for parents to keep their car clean this summer

Cleaning the Devastation of ‘Hurricane Kid’

Shine up Your Ride for the Summer

Your motorcycle is eye candy; make it look like eye candy

Shine up Your Ride for the Summer

My ties with the Continental go back to a 1964 model my friend had in the mid-70s, in fact it was the first car I ever drove after I obtained my temporary driver’s licence. Having driven many Lincolns, I will be the first to say that this new Continental is a lot like but genuinely better than its predecessors.