Recognized as the pre-eminent South Asian event-of-the-year, DARPAN hosted its Extraordinary Achievement Awards in the company of esteemed social, business and political elites.

September 16 was a night to remember. The red carpet was buzzing with prominent members of the South Asian community, political dignitaries and socialites; the beautiful cocktail lounge sponsored by Air Canada had guests mingling and enjoying the hospitality; the awards event and the fashion show added shine and glamour to the event. Indeed, DARPAN’s Extraordinary Achievement Awards was a magical night. 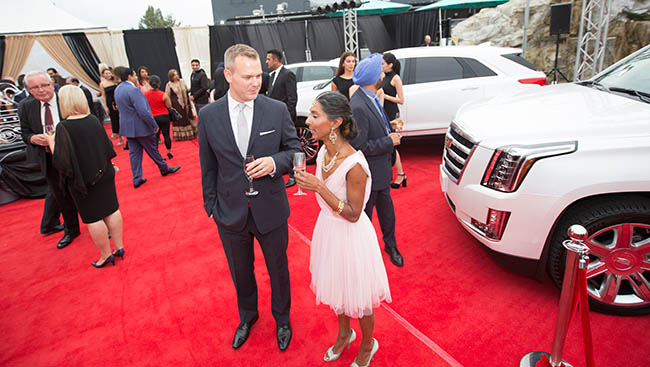 DARPAN Magazine, hosted its 7th Annual Awards in the company of esteemed social, business and political elites. Ten amazing individuals from the South Asian community were recognized for their extraordinary achievements and for reflecting their heritage in a remarkable way. These 10 South Asians, identified as leaders, who embody the spirit of community and give back to greater Canadian society, were honoured with the prestigious Darpan Extraordinary Achievement Award.

The spectacular event took place at Aria Convention Centre in Surrey. With over 700 guests in attendance, this black-tie affair commenced at 6 p.m. in the backdrop of glamour and grandeur.

At the entrance, attendees were welcomed with champagne and gorgeous ice sculptures depicting DARPAN’s journey of 12 years in publishing excellence, along with the latest luxury Cadillac Preston models on display.

The media centre was busy – our red carpet hosts Gaurav Shah and Mandeep Patrola interviewed our esteemed guests asking them their expectations for the evening; photographers were busy capturing beautiful moments; and a special history wall showcased the contributions of the South Asian community since the past 100 years.

The history wall was an innovative introduction this year, and blending with the theme of the awards, it proudly highlighted the progress and achievements of the South Asian community in Canada.

Canadian actor and television personality Huse Madhavji, who flew in from Toronto, was the Master of Ceremonies for the event. This multi-talented host, actor and producer is the former face of Star! Canada and has starred in HBO Canada/Direct-TV’s hit comedy “Call Me Fitz” starring Jason Priestly, where he received his first Gemini nomination, ABC/Global’s “Combat Hospital,” and crime film Cold Blooded. He is currently in production with the fifth season of NBC/CTV hospital drama “Saving Hope.”

MC Madhavji kicked off the festivities, which also included live entertainment by dancers of SHIAMAK Dance Academy and a performance by Kohinoor Bhangra Group in a flash-mob format. Our honoured guest, Premier Christy Clark, took the stage to share a few words with the audience, followed by Surrey Mayor Linda Hepner. In an interesting way, Madhavji got Premier Clark to introduce Mayor Hepner on stage. Both the distinguished ladies spoke greatly about the awards and the contributions of the South Asian community towards the growth of the country. 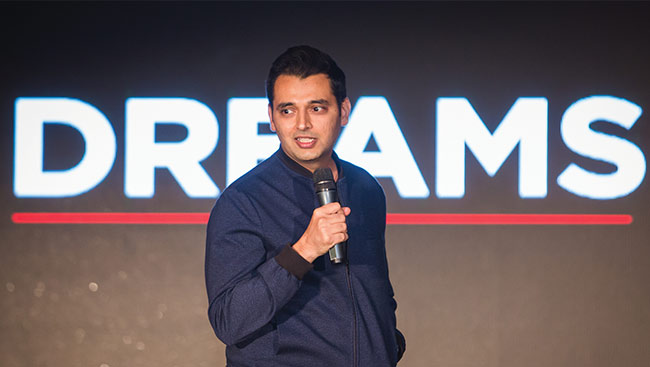 The highlight of the evening was our Guest of Honour Pranav Mistry, the Global Vice President of Research of Samsung. Mistry has to his credit more than 20 thought-provoking interfaces, some as well-known as Samsung Galaxy Gear and SixthSense. The computer genius has worked with Microsoft, Google, Canadian Mennonite University, NASA, UNESCO, and Japan Science & Technology among others. Mistry joined Samsung as the Director of Research in 2012 and launched Samsung Galaxy Gear smart watch in 2013, which is one of his biggest contributions in the tech space.

The Indian inventor was honoured as the Young Global Leader 2013 by World Economic Forum; named to the MIT Technology Review TR35 as one of the top 35 innovators in the world under the age of 35; listed as one of the 15 Asian Scientists To Watch by Asian Scientist Magazine; was among GQ India’s most powerful Digital Indians; was selected as one of the 37 Indians of Tomorrow by India Today; among others. He has been called as ‘one of the ten best inventors in the world,’ and ‘world’s 10 best inventors’ on TedTalks, among others.
On stage, Mistry shared with the audience the story behind his popular inventions and his successful journey so far. Attendees gave him a standing ovation as his inspiring words touched the hearts of everyone present.

MC Patel’s energy and witty sense of humour kept the guests engaged and entertained. Many known figures and celebrities from within the community and British Columbia graced the occasion with their presence. Spotted at the event were TransLink Minister Peter Fassbender, Minister of Justice and Attorney General of BC Suzanne Anton, MLAs Harry Bains, Raj Chohan, and Marvin Hunt, Surrey Councillors Tom Gill and Dave Woods, and MPs Sukh Dhaliwal, Jati Sidhu, and Randeep Sarai, among others. Guests from within and outside the community added glamour and style to the night with their colourful, graceful and fashionable outfits.

The breathtaking fashion showcase by Zuri Designs was simply mesmerizing. The fashion brand showcased an extravagant collection of Indian and western fusion.
Attendees were introduced to an evening of haute couture adorned with silks, velvets and jewel colours showcased beautifully on the runway. The breathtaking show, gorgeous models, and impeccable music added got the deserving applause and appreciation from the guests.

The awards session – the main element of the event – was all about achievements, excellence and community spirit. Ten amazing individuals from the South Asian community were recognized for their extraordinary achievements and for reflecting their heritage in a remarkable way. 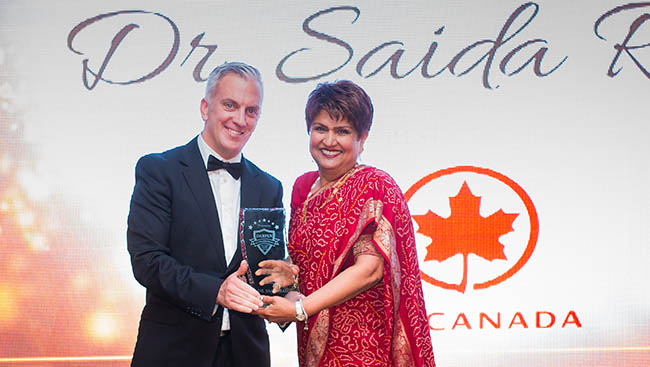 The never-ending applause by the guests, along with the inspiring thank you speeches by the winners generated a feeling of pride and unity at the event. 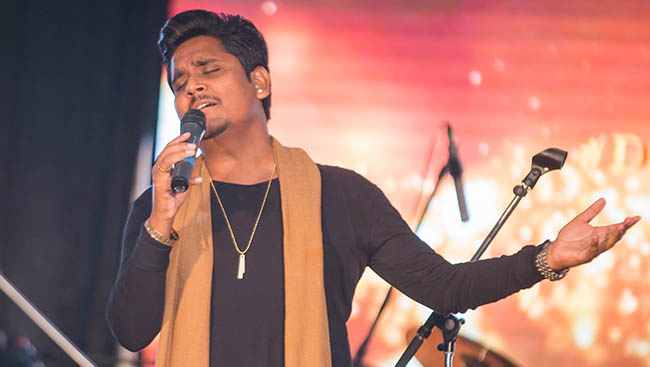 The atmosphere at the awards night was lively. There was music, food, glamour and beautiful people having a great time. This year at the awards, guest enjoyed the live entertainment by the popular singer Kamal Khan who came all the way from India to perform and entertain everyone.

As a playback singer in Bollywood, Khan has given his voice to various actors including Emraan Hashmi, Akshay Kumar and Imran Khan. He won the reality singing competition, Sa Re Ga Ma Pa Singing Superstar in 2010. The talented singer took the stage and got the guests dancing. Guests were seen dancing, mingling and having a great time – making DARPAN Awards a successful event and a night to remember.

Click to Read about our Incredible Line-up of 2016 DARPAN AWARD Winners!

It was a night of achievements, a night of high spirits, and a night to remember. DARPAN Magazine’s 6th Annual Extraordinary Achievement Awards 2015 was indeed a grand affair.

Do you know someone who should be recognized?  Share their story (or your own!) with DARPAN Magazin...

The famous Darpan Awards are back! The 6th Annual Extraordinary Achievement Awards, hosted by Darpan magazine, will take place this September in Surrey.