“It took me a really long time to say the words, I am an actor.”

When Deepa Mehta's Funny Boy was chosen as Canada's Oscars submission for best international film, the South Asian community was delighted. After all, the story revolves around a boy who grew up gay in Sri Lanka during the Tamil-Sinhalese conflict. The movie is based on the adaptation of Shyam Selvadurai’s 1994 award-winning novel, Funny Boy. The entire cast and crew including Seema Biswas, Ali Kazmi, Nimmi Harasgama, are riding the victory wave. DARPAN caught up with Agam Darshi who plays Radha in the movie for an exclusive interaction before the premiere of the film on Netflix on Decemebr 4. 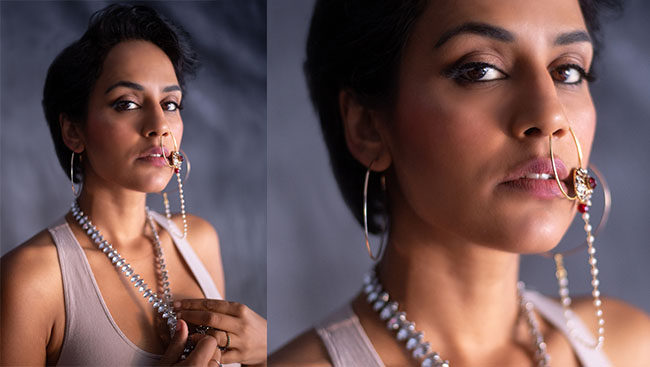 Born in Birmingham, UK, Agam was three years old when she moved to Canada. The actress has spent time extensively across Canada - from Vancouver where she has family, to Calgary where she attended University for visual arts and theatre, to Toronto where she travels for shoots and work. “Theatre and acting always fascinated me and once I completed my degree in Calgary, my teacher in Vancouver asked me to get an agent. That's how I landed my first job as a recurring role in a TV show. I initially thought acting was going to be a side gig but photography will be the focus. It took me a really long time to say the words, “I am an actor.” But I was making a living out of it. My beginning as an actor was easy, but it was a couple of years later I realized how difficult the industry is and how it comes with so many ups and downs. It involves just putting you out there, so many no’s, heart breaks, yet so many experiences,” Agam reveals. Today, she is an actor, producer, director, and writer and is super kicked about Funny Boy. 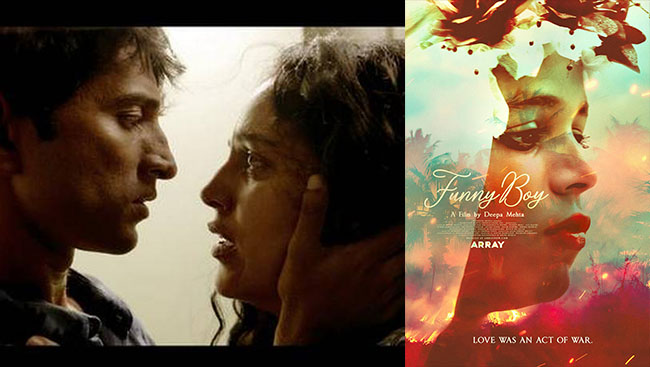 "My beginning as an actor was easy, but it was a couple of years later I realized how difficult the industry is and how it comes with so many ups and downs. It involves just putting you out there, so many no’s, heart breaks, yet so many experiences."

Talking to us about the book and fulfilling her dream of working with Deepa Mehta, she says, “I read the book only after I got the role and the book itself is so epic and amazing. I don't envy what Deepa and Shyam had to do to turn the big book into a movie. They had to sacrifice a few characters, merge a few into one, but the essence of the book is intact. Moreover, working with Deepa has been amazing. I wanted to work with her for 20 years and I was always in awe of how she effortlessly merged Bollywood and Hollywood. As a youngster, I loved that the Eastern and Western world collided and she could make someone who looked like me work in a regular film and not just Bollywood. That had a huge impression on me. I didn't know how it was going to happen, but I believed that it will happen one day. I was invited to brunch as part of the Whistler Film Festival and Deepa Mehta was the guest of honour, and there was this little voice inside my head that said you are the only other brown person in the room so go talk to her.

I went up to her, introduced myself and eventually sent my portfolio to her. I hadn't heard from them for a year and then one fine day Deepa approached me for the role of Radha. The character was so well written and I just understood her so well. It was my first time in Sri Lanka, and we shot a few shots in Colombo. The people were wonderful, the location was amazing. It is hard to get into the skin of a character like that until you are really there. And when I set my foot on that soil, I felt I could be Radha here.” Giving us a little more information about the role, Agam says, “Radha goes to university in Canada, goes to Sri Lanka gets married and comes back and lives in Toronto. I understood her heart, her love for her nephew and wanting him to be fully himself. The hardest part for me was to undestand the history of Sri Lanka, what it is like to beTamil, to be Christian, to be a person in the70s and 80s.”

With South Asian movies breaking stereotypes and coming out with path breaking stories like Funny Boy, what's the forecast for South Asian movies in the coming future? To this Agam gives us a riveting answer," I think for a long time movies like Bend It like Beckham were so great and had a lot of impact on me. But I think we have been recycling these themes for a long time now. I don't think we don't live those lives anymore where we are torn between two cultures and don't know where we belong or our identity. I think we should be writing stories and creating films where we are not questioning who we are, but talk about ideas that are global and human, for example homosexuality in Funny Boy. It's not about identity anymore," she explains. 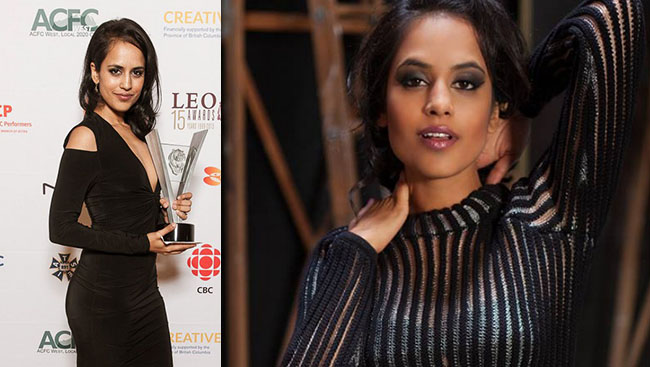 The advent of OTT has made viewing unique content easier across the world. To which, Agam agrees and says, “I am a little bit of traditionalist who loves the movie going experience and its anticipation on the big screen.

Having said that, the world has become smaller - someone sitting in Nebraska can watch something made in India. Even Funny Boy for that matter was supposed to go to festivals but is going to be streamed on Netflix. So the world definitely is moving in that direction but let's hope for the best.”

While some people work to pay bills (which is absolutely normal), some people follow their passion and work in their respective field. Agam falls under the second category. With hopes of working on projects that both scare and excite her, Agam forayed into direction recently with Indians In Cowtown. “It is a feature film about a Sikh-Punjabi family based in Calgary. The story revolves around this girl called Mona who is a mess of a person who goes back home to stay with her father. But he is diagnosed with cancer so she ends up staying for seven years taking care of him. So, the film is about family, forgiving your past, yourself and moving on with life. It is a slice-of-life kind of movie that I have been writing for the past four years and is super personal to me. Deepa is my executive producer. We are looking at a release next year,” shares Agam, who is also working on a Disney movie named Spin, directed by Manjari Makijany about a South Asian girl who is a DJ. Agam also completed another movie called Sheltering Season, one of the first pandemic films directed by Bradley Stryker. As for her Bollywood plans, she hopes to work with Aamir Khan one day and deeply admires Tabu's work too. 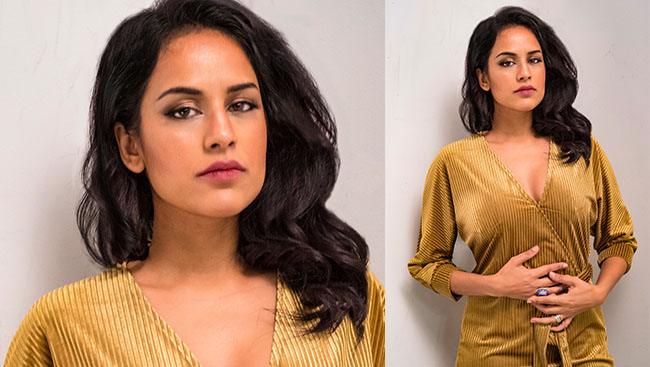 As an activist for race equality in media, Agam Darshi co-founded the Vancouver International South Asian Film Festival VISAFF. And as per what is written on her website, the festival in its eighth year focuses on ‘bridging the gap’ between South Asian talent and mainstream audiences, by breaking stereotypes and expanding North American views on South Asian culture. Talking about actors being offered stereotypical roles, Agam shares a story with us, "I have been lucky not to get too many of these. However, I did get a role where I had an accent and had to wear a sari, etc. While I was not too keen, my mentor suggested that if not me someone is going to get the role and so might as well take it and elevate it. That thought resonated with me and I ended up auditioning and getting the role. It was a great experience and I could do justice to the role. I will never say don't do such roles unless it is racist or super stereotypical that you can't relate to it at all. It sometimes takes actors humanity to do such roles."

The date is not finalized but it will be wedding bells for Neha and fiance Rohanpreet close to the end of the month on October 24th.

The legendary classical singer Pandit Jasraj no more at 90.

The Indian Classical music legend Pandit Jasraj passed away at the age of 90 at his New Jersey home on Monday. He passed away after suffering from a cardiac arrest.

The legendary classical singer Pandit Jasraj no more at 90.

Punjabi movie Superstar Neeru Bajwa has a Request To make to her industry colleagues and general public.

Plans for the weeklong celebration of rock ‘n’ roll icon Elvis Presley on the 43rd anniversary of his death have been shaken up by the new coronavirus, but organizers are forging ahead with a combination of in-person and online events at Graceland next month.

Country music reckons with racial stereotypes and its future

When country singer Rissi Palmer was working on her debut album, she wanted a song like Gretchen Wilson’s “Redneck Woman,” a song that would introduce her and tell her story to fans.

Country music reckons with racial stereotypes and its future