Punjabi singer, Parv Sandhar, has become a community favorite, thanks to his musical talent.

Part of Canada’s diverse multicultural fabric, the South Asian music scene is showing notable growth. Established and emerging artists are winning hearts nationally and globally, through melodious means. Such is the story of Punjabi singer, Parv Sandhar, who has become a community favorite, thanks to his talent in the field of music.

Sandhar’s musical journey began in grade school, where he was fond of performing bhangra, boliyan, and folk songs. He aspired to one day grace the big stage and perform live, much like the Punjabi singers he’d see around town. He was particularly a die-hard fan of Indian-Canadian singer, Sarbjit Cheema, who is a prominent artist and is deeply connected with the bhangra industry. Impressed by Cheema’s exquisite Punjabi attire and exceptional performance skills, Sandhar fell in love with the art of singing and performing. 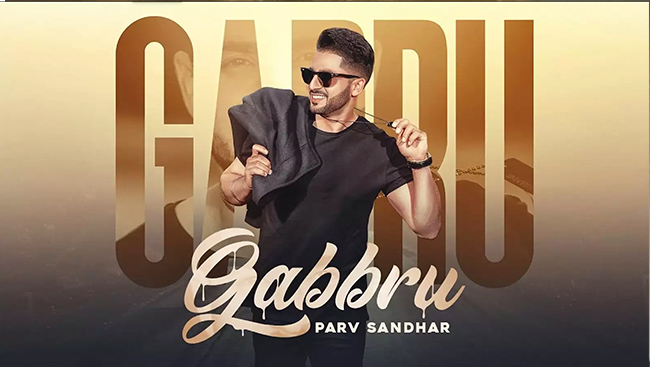 His passion for the performative arts and singing continued into college. He’d perform fan favorites and capably tackle legendary songs, such as Challa, originally sung in the voice of the universally-loved, Gurdas Mann. “With friends and teachers praising me and encouraging my craft, I committed to getting vocally trained by Ustad Ajay Singh Rahtore in Jalandhar, which is also my hometown in Punjab, India. Although visually impaired, he was a true artist, played multiple instruments, and was a brilliant singer, inspiring me even further,” recalls Sandhar.

Fast forward to 2013, Sandhar released his first song, Tallian. The song was produced in the United Kingdom (UK), with famous music producer, Ravi Bal, under the reputed Moviebox Record Label. The song garnered an impressive response, especially in the UK. Sandhar went on to hold successful live shows there, captivating audiences in club shows and events like Punjabi Mela. 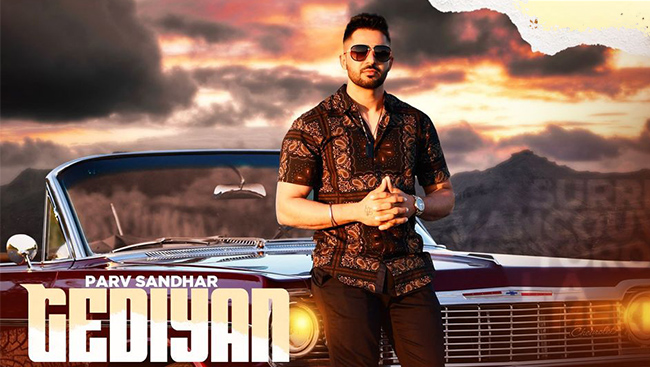 After releasing three songs during his time in the UK, the singing superstar moved to Canada in 2017 and released his hit single, Gabbru. With music by Silver Coin, the video was shot by Studio 12 and recorded under label, Rehaan Records. In his projects, Sandhar was always deeply involved in the composition and filming elements, leading him to consider launching his own music label. The accomplished musician further elaborates, “There are a lot of struggles with labels. You may need to wait for a long time and hold off until a response is received. You may be tied to release music as per their timelines. I thought to myself that if I can do everything – from finding the song and singing it, to making the music and video – then, why not launch my own label? This way, I can produce back-to-back songs.”

Shining light on the process of song-writing, Sandhar reveals that he is constantly in touch with talented writers from India. He usually bounces ideas off them, and they let him know when they’ve got something new. When the song is a good fit for Sandhar, he sprinkles his magic and generates mesmerizing compositions. 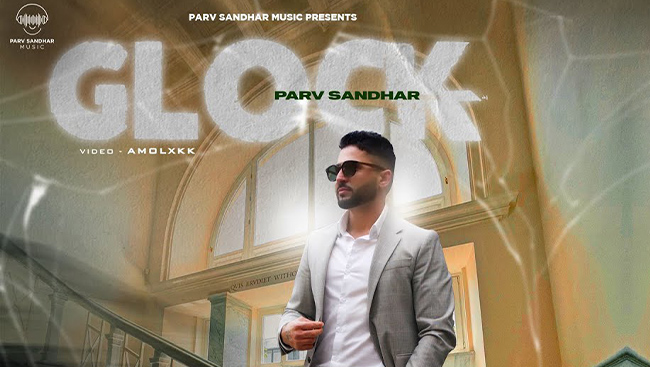 Today, his label, Parv Sandhar Music, boasts over a million total views on YouTube, with three song releases: Don’t Do It, Gediyan, and Glock. While Glock is a recent release and is getting much admiration from all, Don’t Do It was especially appreciated by Sandhar’s female fan following given its romantic touch. Upbeat song, Gediyan, was particularly enjoyed by international students, as it shines their struggles, hard work, dreams, and desire to be successful; the relatable song, given its relevant topic, especially blew up on TikTok and Instagram, with Sandhar continuing to receive video content (like Instagram Reels) from his supporters.

With seven songs now under his belt, Sandhar’s advice to aspiring music artists entails working hard and following their heart. He shares, “Do whatever you want to do. Just give your 100%. One day, you will be successful.” Sandhar is hopeful and anticipates pandemic-related restrictions soon coming to an end, so that he can bring exciting concerts for music lovers across the Lower Mainland. His growing fan base eagerly awaits!

Famous Bengali cartoonist Narayan Debnath passed away at a South Kolkata nursing home on Tuesday morning. He was admitted to hospital several times last year and was suffering from age related ailments including kidney and heart problems. The state government took the responsibility of his medical treatment.

A recipient of the country's second highest civilian honour, Padma Vibhushan, Maharaj ji was also a lifelong Kathak guru as well as a talented Hindustani classical singer and percussionist.

Noted Kashmiri singer and musician Qaisar Nizami has been nominated for the prestigious Grammy award for his collaborative song 'Nazninay' (O Beauty), which forms a part of US-based music composer and santoor player Ehsaan Matoori's multinational 'The Voice and Bridges' project.

After four collaborations back to back with 'Khyaal Rakhya Kar', 'Khad Tenu Main Dassa', 'Nehu Da Vyah' and 'Ex Calling', Neha is again working with her husband and musician Rohanpreet for the new song. Penned and composed by Garry Sandhu, with music by Rajat Nagpal and directed by Rajan Bir, 'Do Gallan' is a duet by the young couple.

Daler Mehndi out with his new track 'Rola Pe Gaya'

Punjabi pop singer Daler Mehndi has come out with a new track, 'Rola Pe Gaya' for the movie 'Hum Do Humare Do' composed by the musician duo Sachin-Jigar.

Daler Mehndi out with his new track 'Rola Pe Gaya'

Furthermore Alka Yagnik, Kumar Sanu and Udit Narayan can be seen performing Garba in the show. Celebrating the festivities, the singers are also seen enjoying some sweets and revealing their fondest memories. Host Aditya Narayan will be singing with his father. The set will be adorned with a life-size idol of Goddess Durga.