Brighten Up Your Home Screens This Summer

If couch-chilling and bingeing on OTT content is your fav pastime, then you have reasons to rejoice. The coming months hold many promises in the OTT landscape, which is churning out an array of high-profile films and series to keep you entertained. From highly-anticipated desi thrillers to heart-warming anthologies, to romance to comedy — there are some exciting movies and shows that are all set to brighten up your home screens. So, it's time to get into your comfy PJs, pop the corn and enjoy your binge time. 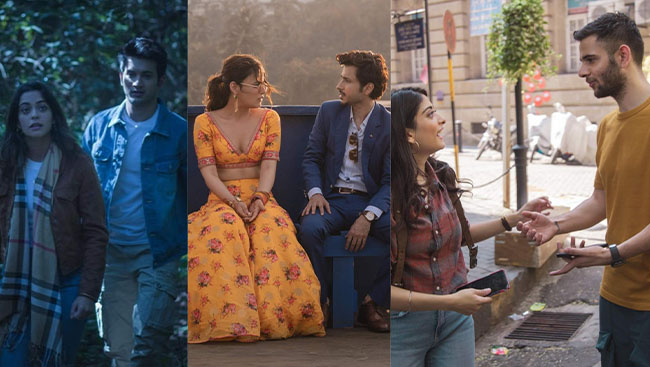 Anthologies have become a hot fav on OTT, and the latest one to watch out for is definitely — Feels Like Ishq. Helmed by a group of talented directors like Ruchir Arun, Tahira Kashyap Khurrana, Anand Tiwari, Danish Aslam, Jaydeep Sarkar, Sachin Kundalkar and starring a bunch of equally stellar actors, Feels Like Ishq will feature six beautiful stories about modern-day love. Looking at the trailer, one can be rest assured that this romantic-drama series is sure to strike a chord with everyone. Each story has a unique twist, such as same-sex love, age differences, language differences, and more. Commenting about her film Quarantine Crush, director Tahira Kashyap said in a statement, “Quarantine Crush is a subtle love story that blooms while the world is experiencing a global pandemic. It is a simple story that speaks volumes about care, innocence and friendship. Kajol Chugh and Mihir Ahuja essay the roles of Nimmi and Maninder with ease, and their camaraderie ensures that the audience’s mood stays light.” Feels Like Ishq will start streaming on Netflix on July 23, 2021. 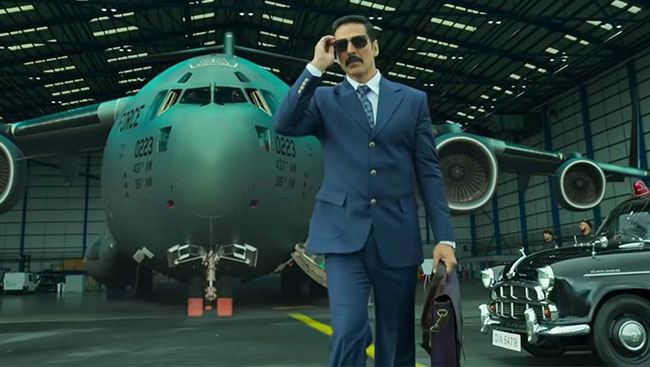 There are plenty of reasons to look forward to this one. For starters, Bell Bottom is the first Bollywood film to be shot during the pandemic, and it was also completed in record time. What's more, the espionage thriller, featuring the ultimate action king of B-town — Akshay Kumar, is inspired by true events. While the makers have not revealed much about the plot, it is learnt that the story is set in the 1980s and is about India’s forgotten heroes from that era. While Akshay Kumar plays the character of a RAW agent who rescues over 212 hostages in the hijack attacks in the film, apparently Lara Dutta essays the role of former Prime Minister Indira Gandhi who was in power at that time. And Vaani Kapoor plays Akshay's wife in the film. Speaking about the film, Vaani said in a statement, “It’s a solid product and Akshay sir, like in every film of his, is simply outstanding. One has to see the film to understand what he has done.” Well, we can’t wait to catch the Khiladi in action again!!! 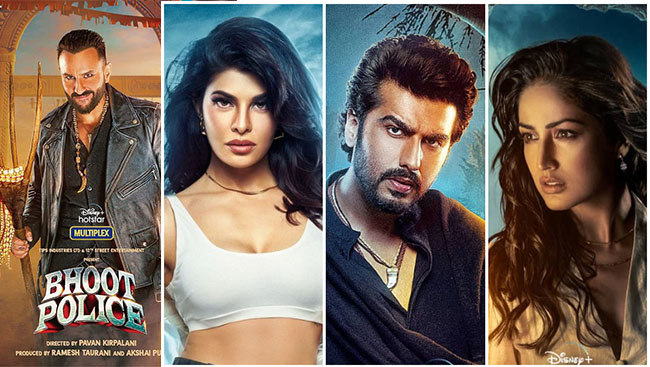 The horror-comedy — Bhoot Police has piqued the curiosity of cinephiles all over, ever since Saif Ali Khan’s wife, Kareena Kapoor Khan, shared the first look poster of the film and wrote, “New normal is paranormal.” Starring Saif Ali Khan, Arjun Kapoor, Jacqueline Fernandez, and Yami Gautam in the lead, the film supposedly revolves around two ghost hunters — Vibhooti and Chiraunji, played by Saif and Arjun respectively. While not much has been revealed about the film, Arjun Kapoor gave a brief insight into the film. The actor said in an interview, “Bhoot Police is a horror-comedy of course, in its essence and the way it's been pitched to you all, but for me, it's an adventure of two brothers. It's Saif Ali Khan and Arjun Kapoor who are actually brothers and are bickering constantly and there's a back and forth and up and down and there is a camaraderie, a brotherhood, a bond, an emotion, but there's also a difference of opinion. So, there's very interesting friction between two people who go on this journey.” He further added, “It's a little more cerebral and it's still got its own goofiness, but you'll have fun watching it. It lands somewhere in the middle of Go Goa Gone and Stree.” Now, this one certainly can’t be missed. Film’s producer – Ramesh Taurani has said that the film will mostly release in September or October on Disney+ Hotstar. 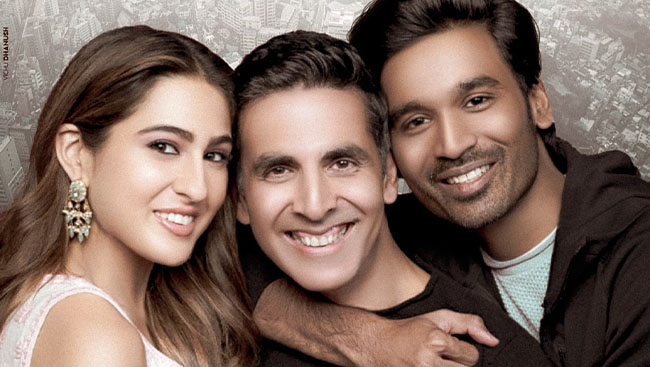 Another Bollywood film carrying a decent buzz is the cross-culture romantic drama — Atrangi Re. With its interesting star cast featuring Sara Ali Khan, Akshay Kumar, and Dhanush, music composed by the legendary A R Rahman, and directed by maverick filmmaker Aanand L. Rai — Atrangi Re definitely holds many promises. The movie narrates a unique love story and is set in Bihar and Madurai. Speaking about the film an excited Sara Ali Khan said in an interview, “Working on it has been an outstanding experience. Aanand Ji is known for telling great stories with very strong women, and I really hope that this can follow the same trend. I hope that we have been able to do together what he has so successfully done many times without me. He is such a loving and compassionate filmmaker. There are emotions that he brings out in people that they didn’t know they had in the first place.” 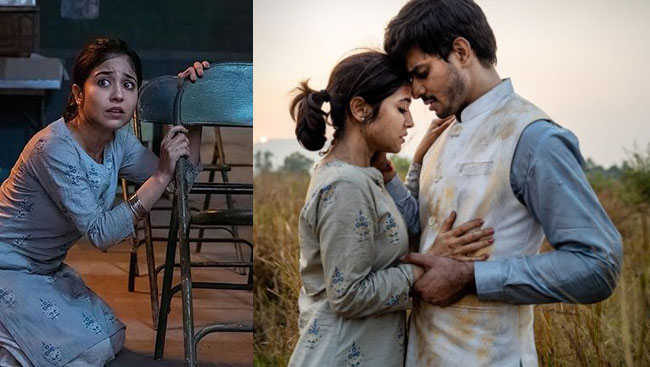 Touted as one of its kind dark comical thrillers and starring a bunch of powerhouse of talents, this upcoming Netflix offering, undoubtedly needs to go on your must-watch list. Yeh Kaali Kaali Ankhein revolves around a romantic simpleton, played by Tahir Raj Bhasin, who is aggressively pursued by a politician’s daughter, but his heart lies with someone else. The desi thriller is about three things that matter the most in the country: paisa, taqat aur pyaar. Speaking about his role, Tahir Raj Bhasin said, “The part I play in this series is of a die-hard romantic, passionately committed to the girl in his life. What audiences can expect to see is crackling chemistry and a suspenseful story that keeps them on the edge.” Seems like this one has to be binged watch in one go. 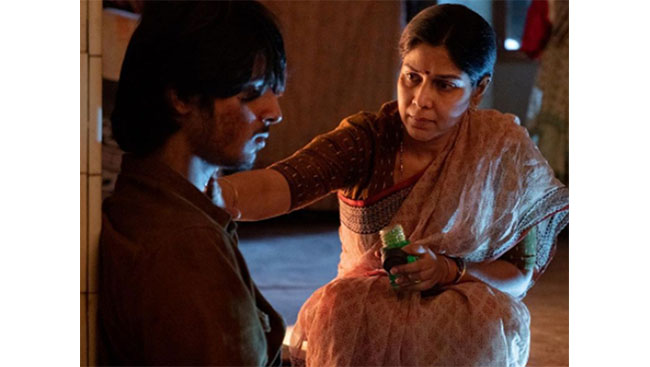 After entertaining us with the gripping Paatal Lok and Bulbbul, actor-turned-producer Anushka Sharma is all set to enthral us with Mai, which is made under her production banner Clean Slate Films. Anushka announced Mai through her social media and wrote, “Oh, Mai! What happens when a docile, 47-year-old wife-and-mother finds herself accidentally sucked into a rabbit hole of violence and power? WE WILL SOON FIND OUT." She added, "I’m excited to announce our Netflix original series, Mai, that follows timid Sheel into an entanglement with crime and politics that will forever change her and the world she inhabits. Are you ready?” Oh yes, ever ready for a good dose of entertainment. Bring it on!

In the picture post, Kajol was seen sitting on a chair getting her hair and makeup done, holding a mirror in her hands. The actress is seen dressed in a black dress. Kajol was last seen in the film "Tribhanga".

At the time of publishing this report, Wikipedia mentions the actor's death as "suicide by hanging". Priyanka, who is a lawyer by profession, says Sushant's death is still under investigation by the Central Bureau of Investigation (CBI) and hence it should be mentioned as "under investigation".

Urvashi will next be seen in the web series "Inspector Avinash". The series is based on the life of Inspector Mishra and has Randeep Hooda essaying the title role.

The city of Mumbai never sleeps and that has been proven once again! Popular singer Mika Singh and model-actress Akanksha Puri found help on the streets of Maximum City as early as 3 am!

Thereafter, Kundra, a British-Indian businessman, was being investigated by the Crime Branch-CID of Mumbai Police. "A case was registered with the Crime Branch about the creation of pornographic films and publishing them through some apps. We've arrested Raj Kundra in this case as he appears to be the key conspirator," said Nagrale.

"I'm all set to start filming for the new season with excitement and renewed energy. I get to show a different side of myself in season two and I can't wait to see what the audience will think about it.