The whole cast of 'Mom' was in the national capital to promote their upcoming film and shared their experiences while working for such a different kind of film.

While talking to media, the 'Dil Chahta Hai' actor said, "When you working with talent like her, you have to be very careful because you can look like a fool." 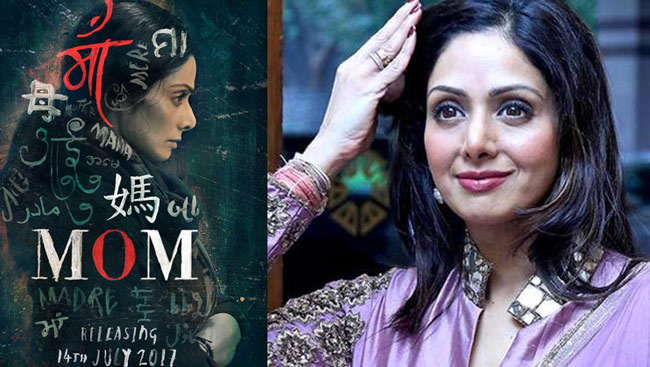 He added, "It was exciting but at the same scary and so one needs to be very careful while working with great talents whether its ma'am or Nawaz."

The 'Hulchul' actor also said that if given chance, he would love to work with Nawaz again.

The 42-year-old actor, who was last seen in the Varun Dhawan and John Abraham starrer 'Dishoom' last year, had been away from the silver screen for four years and is coming back with a bang.

Decades back, when both Sridevi and Madhuri were the reigning queens of Bollywood, the industry was witness to their cat fight. Ask Akshaye to differentiate between the two actresses and he plays it safe.

He says, “How do you compare a Beethoven to a Mozart? It’s difficult because they are two individual people, different as artistes. When people express them in the form of cinema, it’s not right to compare them. There’s no great consequence in comparing two remarkable talents in their own rights.
They both bring to the screen, their own expression, beauty and their contribution is unique in their own way. We compare apples and oranges just for the heck of it. It really doesn’t solve any purpose. I would just say that let’s appreciate and cherish their talent instead.”
Prod him a little more and he explains, “Sridevi and Madhuri have been considered contemporaries for the longest time. Was Madhuri Number 1 or was it Sridevi — that’s been the biggest debate of that era. But I think people fail to sometimes realise that Sridevi is much more senior to Madhuri in terms of the number of years that she’s been working.
She has just completed 50 years. The longevity of her career is mind boggling. Five decades is like a lifetime and as an artiste, to still be relevant after that much time, to still be a leading lady and the audience wanting to watch you, says a lot about her achievement, which you can’t even put to words.
You will be hard pressed to find something like this even globally.”

Known for films like ' Dil Chahta Hai', ' Border', ' Race', ' Taal' and ' Humraaz', Akshaye is now gearing up to be seen in ' Mom' and 'Ittefaq'. He believes cinema is a collaborative art where working with great talent whether it is co-actors, director or other technicians, helps to improve one's performance.

Helmed by Ravi Udyawar, the film also stars Nawazuddin Siddiqui and Sridevi in main roles and is scheduled to release on July 7.