The coming months promise to be loaded with entertainment, especially since all filmmakers are making a beeline for theatrical releases with a long list of movies. And the good news is, there is something for everyone. A film like Mission Majnu is sure to excite the fans of the action-thriller genre.  Moreover, there is also a historical drama — Prithviraj and a complete family entertainer — Jug Jugg Jeeyo to enthral the family audience. So, block your dates now. 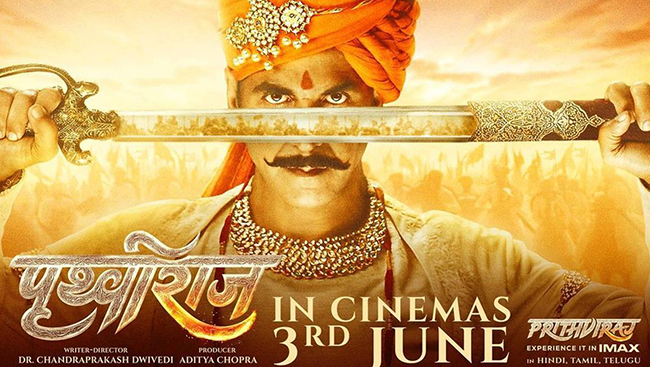 Akshay Kumar takes the lead as the fearless King Prithviraj Chauhan in this highly-anticipated historical drama Prithviraj. Helmed by Dr Chandraprakash Dwivedi, the film is based on the life of the warrior king Prithviraj Chauhan and promises to be a colossal affair. The film also marks the debut of the Miss World beauty Manushi Chhillar. Commenting about the film, Akshay said in a statement, “This is our tribute to his (Prithviraj) heroism and his life. He is a legend; he is one of the bravest warriors and he is one of the most upright kings that our country has ever seen. We hope that Indians worldwide love our salute to this mighty braveheart. We have tried to present his life story in the most authentic way possible and the film is a homage to his unmatched bravery and courage.” Watching the versatile actor transform himself into a great warrior may prove to be one of the most appealing aspects of the film.

Also arriving in June is another Spy-thriller Mission Majnu, which is inspired by real events set in the 1970s. Headlined by Sidharth Malhotra, the film reportedly follows the story of India's most courageous mission in the heart of Pakistan that forever changed the relationship between the two nations. The film also marks the Bollywood debut of the South sensation Rashmika Mandanna, who was recently seen in the Telugu blockbuster Pushpa. Speaking about the film, the Shershaah actor said, “This is a film inspired by true events. It's about an important mission that RAW did. It is more of a thriller than action. This is the first time I am playing a spy agent but it is not a James Bond character.” Exciting! 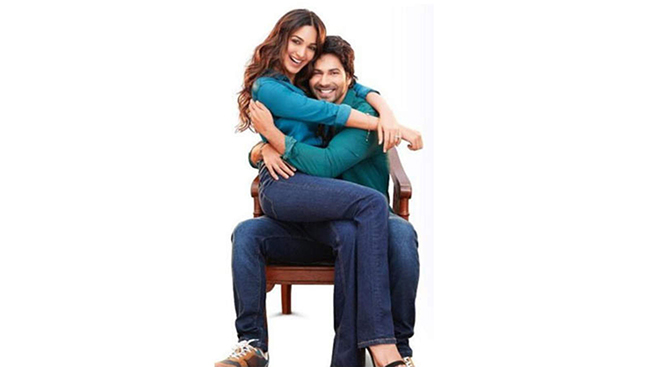 Featuring a star-studded cast of Anil Kapoor, Neetu Kapoor, Varun Dhawan, and Kiara Advani among others, Jug Jugg Jeeyo has already caught the fancy of cinephiles since the day of its announcement. Backed by Karan Johar’s Dharma Productions, the film is a celebration of family and togetherness. While the makers are tight-lipped about the plot, Karan Johar while sharing the release date of the film, wrote, “There’s nothing like family and I always believe – we must celebrate that. The feeling, the emotion…the togetherness! #JugJuggJeeyo is a celebration of FAMILY!” Now, who would want to miss a Dharma film, which is all about family, right!!!

The security sealed the cameras of anyone attending the function with a removable red coloured sticker that would help avoid live streams, photos or videos from the venue.

The release date of the Shahid Kapoor and Mrunal Thakur-starrer sports drama, 'Jersey' has been pushed yet again. The makers of the film shared that the film which was earlier supposed to debut in theatres on April 14, will now release on April 22.

The festivities are reported to kick off from April 13. As per reports, Ranbir and Alia will have an intimate house wedding and that Ranbir's place of residence, RK Studios and Krishna Raj Bungalow will host their guests for the celebrations, which are speculated to go on for a week.

We take a look at some of the more recent stand-out actresses, who not only struck a chord with their audiences but also showed us there is much more they can do than dance around the heroes and play eye-candy.

The film, which also stars Amitabh Bachchan, Rakul Preet Singh, Boman Irani, Aakanksha Singh and Angira Dhar, is set to hit theatres on April 29, where it will clash with Tiger Shroff and Nawazuddin Siddiqui-starrer 'Heropanti 2'.

Bharti Singh and Haarsh Limbachiyaa have started a new phase of their married life by becoming parents to a baby boy. Haarsh recently shared a photo from their maternity photoshoot with a caption 'It's a Boy' with a heart emoji.