Many Star Kids Set To Twinkle On Big Screen This Year

After actor Mohnish Bahl's daughter Pranutan kick-started her Bollywood innings this year, a spate of star kids is gearing up to make their debut on the silver screen.

Pranutan made her acting debut at the age of 26 with superstar Salman Khan's production "Notebook", released last month.

Here is an IANS list of aspiring star children, waiting in the wings to make their first big Bollywood appearance in 2019.

* Karan Kapadia: Actress Dimple Kapadia's nephew and Twinkle Khanna's cousin Karan is set to make his first silver screen showing on May 3 with "Blank". An action thriller, "Blank" revolves around the life of a suicide bomber, essayed by Karan. It also stars Sunny Deol. Akshay Kumar has shot a special song for his brother-in-law Karan Kapadia's upcoming film, helmed by Behzad Khambata.

* Ahan Shetty: Actress Athiya Shetty's brother and actor Suniel Shetty's son, Ahan will soon join the Bollywood bandwagon. He will be seen in the Hindi remake of Telugu hit movie titled "RX 100". He will be paired with actress Tara Sutaria who is venturing into the world of acting with "Student of the Year 2". The film is currently in the pre-production stage and is expected to hit the floors soon.

Ahan has been training for the action sequences in the movie. The yet-to-be-titled film is being produced under Nadiadwala Grandson Entertainment banner and is presented by Fox Star Studios. It will go on floors by June this year. 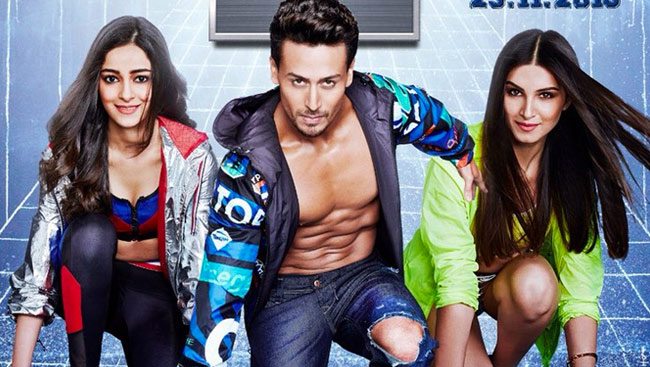 * Ananya Panday: The daughter of actor Chunky Panday will make her debut with Punit Malhotra's "Student of the Year 2", which is slated to be released in May. Ananya has also bagged a major role in "Pati Patni Aur Woh", an adaptation of B.R. Chopra's 1978 film with the same title.

Actress Alia Bhatt has refused to react to remarks by Kangana Ranaut and her sister Rangoli Chandel. Kangana and Rangoli had slammed filmmaker Mahesh Bhatt and his daughter Alia for nepotism, recently.

Media Should Give Nysa A Break: Kajol

Actress Kajol has responded to the question of her daughter Nysa Devgn making a Hindi film debut by saying that media and other people should give her a break and some space.

Media Should Give Nysa A Break: Kajol

Actor Vicky Kaushal is out of action after suffering an injury during an action sequence for a horror film.

You're My Heartbeat: Kajol On Daughter Nysa's 16th Birthday

As Kajol and Ajay Devgn's daughter Nysa turned sweet 16 on Saturday, the actress had a special wish to share for her "heartbeat".

You're My Heartbeat: Kajol On Daughter Nysa's 16th Birthday

Actor-filmmaker Farhan Akhtar has been invited by the Union of European Football Associations (UEFA) to attend the Champions League finale here.