IANS, 01 Mar, 2018
"Nanak Shah Fakir", an inspirational film based on the life and work of Sikhism founder Guru Nanak, will ring in Baisakhi as it will release on April 13.
Produced by Harinder Sikka of Gurbani Media Pvt Ltd, the film will be distributed domestically by Viacom18 Motion Pictures, read a statement.
Sikka said: "'Nanak Shah Fakir' is not just an epic film about the amazing journey of Guru Nanak Devji but calling to a better way of life that we want the audiences to experience. The film is a representation of Guruji's teachings that hold great relevance even today.
"The film follows Guru Nanak Devji's journey across the globe, spreading the message of 'Ik Onkar' (there's but one God), equality of all religions, castes and gender."
The Shiromani Gurdwara Parbandhak Committee (SGPC) has vetted the film that has been modified based on their feedback. 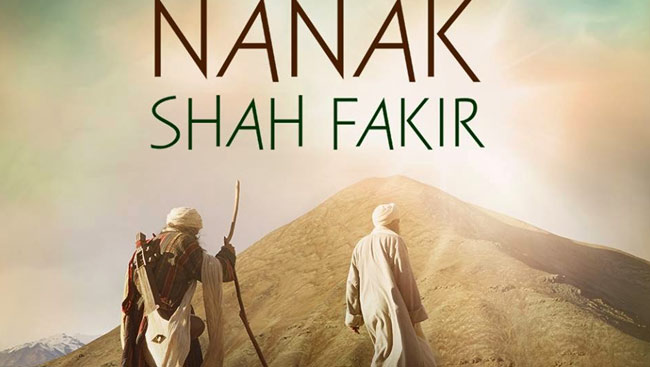 "This film is not for profit and any profit will be donated to charitable causes in keeping with the Guruji's philosophy of 'Kirat Karo… Vundh Chhako' (live honestly and share with others)," Sikka added.
"Nanak Shah Fakir" has been to international film festivals like Cannes, Sikh Film Festival in Toronto and Sikhlens Film Festival in California.
Guru Nanak has been portrayed via computer graphics, and the songs in the film have been rendered by musical maestros Pandit Jasraj and Bhai Nirmal Singh and composed by music director Uttam Singh.
A.R. Rahman, Resul Pookutty and Gulzar, all Academy Award winners, contributed to its music, sound and lyrics. The film's original score has been composed by the highly celebrated composer Tuomas Kantelinen. Its songs include one sung by Grammy Award winning group White Sun and its famous singer Gurujas Khalsa of Los Angeles.
Prev Next

Oscar-winning composer A.R. Rahman shared his moment of "catching up" with celebrated composer Hans Zimmer at the Oscar Concert here on Wednesday.

Sridevi Death: Anil Kapoor Thanks Mumbai Police For Being Supportive

Actor Anil Kapoor on behalf of his family has thanked the Mumbai Police for ensuring ample security during the proceedings of the last rites of veteran actress Sridevi here.

Sridevi Death: Anil Kapoor Thanks Mumbai Police For Being Supportive

"Gudiya rani" has been composed, sung and written by Udit Shandilya, who started his career at an early age and has been trained in Indian classical music.

'Sridevi Was The World's Chandni. To Me, My Love,' Writes Boney Kapoor

Bollywood film producer Boney Kapoor, on Wednesday expressed his heartfelt thanks to all fans and well-wishers after his actress wife Sridevi's death in Dubai said his only concern at this time is to protect their two daughters.

'Sridevi Was The World's Chandni. To Me, My Love,' Writes Boney Kapoor

Filmmaker Rajkumar Santoshi was on Wednesday evening admitted to Mumbai's Nanavati Hospital after he complained of severe chest pain.