The coming months are loaded with entertainment, courtesy of some terrific films that are lined up to grace the theatres. From the inspirational sports drama Shabaash Mithu to the ambitious action period drama Shamshera, not to forget the much-awaited sequel Ek Villain Returns, and of course, the adaptation of the Tom Hanks’ classic Forrest Gump — Laal Singh Chaddha, then there is also the emotional joy ride Raksha Bandhan. There is a range of different genres and styles in store for the cine lovers, so block your dates now. 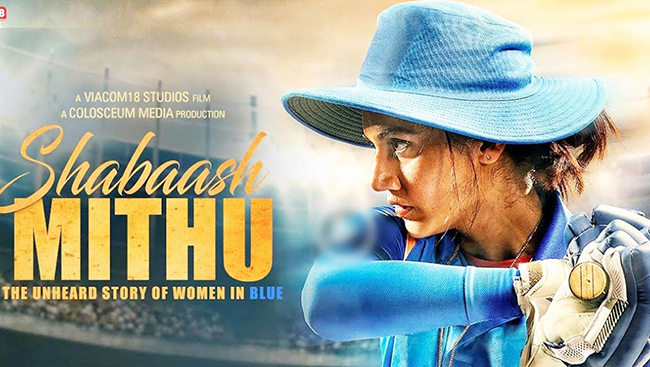 With the trailer of the film garnering heaps of praises from across the sporting fraternity, including cricket legend Sachin Tendulkar, this biographical sports drama certainly needs to be on your must-watch list. Headlined by Taapsee Pannu, Shabaash Mithu depicts the inspirational story of the Indian icon — Mithali Raj, former Test and ODI captain of the Indian women's national cricket team, who is one of the greatest female cricketers ever. The film chronicles all the ups and downs of her journey into the world of women's cricket. Taapsee, who seems to have brought a charming believability to the role, said in an interview, “There are cricketers who have records under their name. There are cricketers who have a tremendous fan following. There are cricketers who inspire you and make you believe that if they can, so can you! And then there’s Mithali, who did all of this in her classic graceful style and, also changed the game of cricket where the presence of women is concerned.” ShabaashMithu is a film not just for sports enthusiasts but for everyone who likes an inspiring tale. 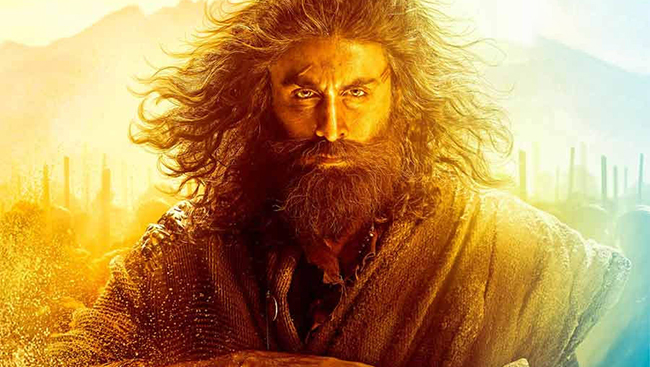 The period action entertainer Shamshera had generated quite a buzz even before its recently dropped glorious trailer took the internet by storm for more than one reason. The film is not only bringing back Ranbir Kapoor to the big screen after four long years (he was last seen in Sanju) but the versatile actor will also be seen playing the quintessential larger-than-life Hindi film hero for the first time in Shamshera. What’s more, this is the first time Ranbir will be seen in a double role. Yeah you heard us right — Ranbir is playing the title role of the fearless warrior Shamshera and his son Balli in the film. Ranbir said in a statement, “When the film was narrated to me, it wasn’t really offered to me as a double role. But when I heard the story, my immediate response to Aditya Chopra and Karan Malhotra was that let me play the father also! Because it is such a great role, it is such an interesting, juicy part for an actor to play. Then, I really had to convince Adi and Karan. I think after that Karan did a couple of look tests and that’s when he got convinced also. So, initially, it wasn’t offered to me, but it hooked me thoroughly as an actor. They were two unique characters, and for an actor like me, to play two distinctive characters and make them different was very challenging and very exciting for me.” The high-octane drama is set in the fictitious city of Kaza and chronicles the story of a dacoit fighting for the cause of his tribe and independence from British rule. 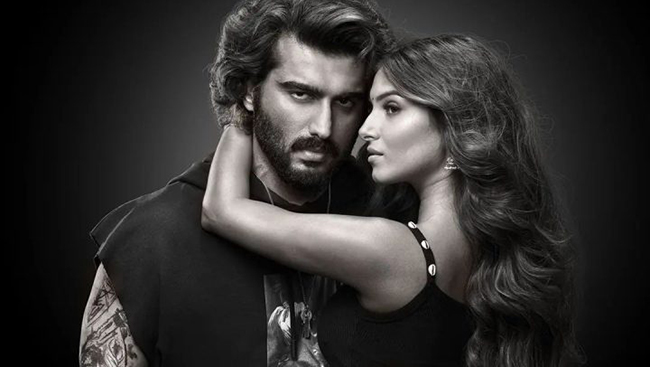 There is a helluva reason to be excited about this action-thriller. For starters, the Ek Villain Returns, as the title suggests, is the much-awaited sequel to the 2014 hit film — Ek Villain, what’s more, the film supposedly has more than one villain this time around. While the makers are tight-lipped about the film's plot, director Mohit Suri revealed in a statement, “In this film, the girls are also playing villains. Me and Ekta (Kapoor) are trying to build on a whole series of villains and different characters, who are all connected to each other.” He added, “Ek Villain was my passion project and a labour of love. The kind of love that I still receive for Ek Villain overwhelms me. I am sure with Ek Villain Returns, the love is only going to grow bigger. And while I cannot reveal much about the film, I can assure you that it will be a thrilling roller-coaster ride.” Headlined by action star John Abraham and Arjun Kapoor, we certainly can’t wait to experience this thrilling ride. 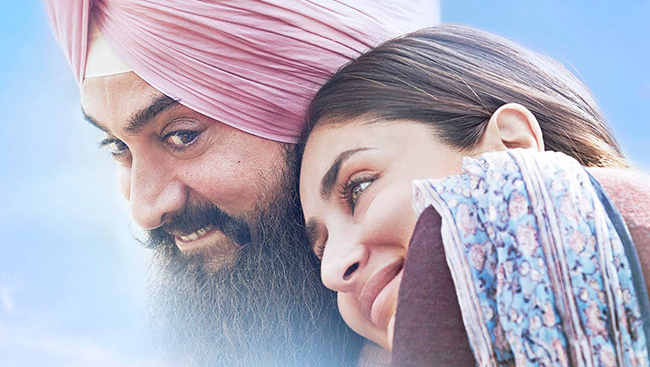 Aamir Khan-starrer Laal Singh Chaddha has piqued the curiosity of the audience ever since it was announced as the official adaptation of Tom Hanks' 1994 classic Forrest Gump. While perfectionist Aamir Khan is truly a master at becoming one with the character, what is intriguing about the Indian adaptation of Forrest Gump is the topics it will touch upon. The Tom Hanks-starrer had bravely highlighted burning topics and defining historical events in the 20-century United States, so we can’t wait to see what this Aamir Khan film has to offer. While not much is known about the Indian remake, talking about the film, Aamir said, “Forrest Gump is one of my favourite films. Always thought if I could make an Indian adaptation, it has to be of this film.” The film is adapted by Atul Kulkarni and features Kareena Kapoor Khan and south star Naga Chaitanya. Further describing his character, Aamir said in an interview, “This character is very lovable. He’s so innocent… he has got this different way of looking at things. He’s someone you immediately empathise with when you connect. Unless I perform it badly (laughs), then it’s a different game. As a written character, it’s such that you’d fall in love with him straight away.” Well, when Mr Perfectionist is gracing the screen, it is hard not to fall in love with him, right! 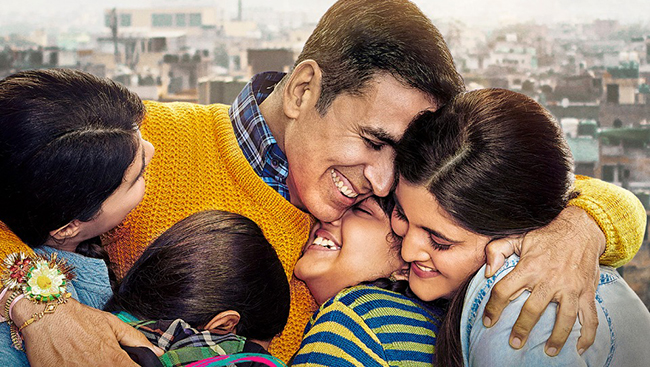 Filmmaker Aanand L Rai is known to create vibrant, feel-good, slice-of-life cinema and going by the trailer of Raksha Bandhan, it seems like the director is all set to once again touch the chord of his audiences with a roller-coaster ride of pure emotions. Starring Akshay Kumar and Bhumi Pednekar in the lead, Raksha Bandhan is inspired by the Pakistani romantic comedy — Load Wedding and revolves around the love, bonding and attachment between brother- sisters. The film also tackles the issue of dowry. Commenting about the film Akshay said, “Like, I did ‘Toilet: Ek Prem Katha’, ‘Padman’. Similarly, in this film, we are not only talking about dowry but also offering a solution to the country and the world.” Now with such a topic, this one certainly makes it to the must-watch list.

He opened up about rumours that he might be having twins with his wife Alia Bhatt. Ranbir was interacting with the media along with the cast of 'Shamshera', including Vani Kapoor, Sanjay Dutt and director Karan Malhotra.

Former IPL Chairman Lalit Modi on Thursday announced that he is dating Bollywood actress Sushmita Sen and both are planning to tie the knot soon.  Earlier, Modi had shared a series of pictures of the two on Twitter, calling the actress his 'better half' and describing it as a 'new beginning'

As part of the plot, from January-August 2020, Siddharth Pithani -- a friend of Rajput, found dead in his rented Bandra home on June 14, 2020 -- was in regular touch with the actor (Rajput) and his girlfriend Rhea, her brother Showik, domestic aides like Samuel Miranda, Dipesh Sawant and others to procure Ganja, as per the NCB draft charges.

The eight-episode second season will premiere on August 10 on the OTT platform Netflix, reports 'ariety'. The new season will have hour-long episodes during the course of which Taparia will work with millennials around the globe to search for their perfect match. Taparia will once again draw from her decades of experience and traditional methods, to help lucky singles find the one.

Former beauty queen and actress Manushi Chillar is on a signing spree after her debut with 'Samrat Prithviraj'. She will be seen sharing screen space with actor Vicky Kaushal in the upcoming film 'The Great Indian Family' and has also signed the dotted lines for her third film.  Manushi has reportedly signed another big ticket film, this time an action entertainer that will be shot in Europe.