Darpan News Desk IANS, 21 Nov, 2016 11:53 AM
Hollywood star Tom Hanks says he was honoured to play real-life "hero" Captain Chesley 'Sully' Sullenberger in Clint Eastwood's new movie "Sully: Miracle on the Hudson".
The 60-year-old actor was chosen by Eastwood to portray the plane pilot, who on the 15 January, 2009 carried out an emergency landing of a passenger jet on the Hudson River following a double bird strike to the engines. His actions saved the lives of all 155 passengers and crew on board with only minor injuries suffered by some individuals.
Hanks got to meet Sully, who suffered from Post Traumatic Stress Disorder (PTSD) in the wake of the incident and had to battle to prove the incident was not cause by "pilot error", to prepare for his performance and he has nothing but respect for him, reports femalefirst.com.
"I think heroes are people who voluntarily put themselves in harm's way. And by that criteria you could say that anybody that puts themselves in an aeroplane for a living and cheats death somehow," Hanks told website HeyUGuys. 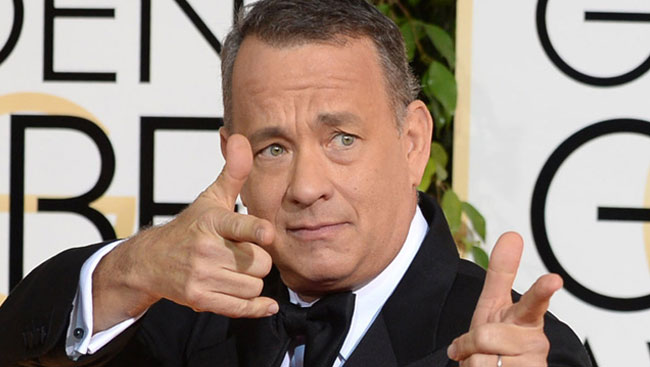 "They stand up in front of 140 odd people who are jammed into those seats and says, 'I know we will be in the air for three-and-a-half hours but don't worry we will get you there,' that is somebody who takes on a responsibility that's bigger than the average job requirements," he added.
Speaking about Sully's quick-thinking actions, Hanks added: "He was able to utilise that instinct and expertise that came from the 40 years experience - for which there is no substitute for. It's extraordinary. But it's not just the act, it's the cost and what he (Sully) went through afterwards and I think that is something that your average human being can react to."
Eastwood based his film on the book "Sully: My Search For What Really Matters" written by Sullenberger and Jeffrey Zaslow.
Hanks stars in the film with Aaron Eckhart who plays Sully's co-pilot Jeff Skiles and Laura Linney as Sully's wife, Lorraine Sullenberger.
Prev Next

Lady GaGa Opens Up About Chronic Pain, Reveals Her Struggle In Emotional Message To Fans

Lady Gaga Thanks Fans After Opening Up About Chronic Pain: 'Hope This Helps Some of You'

Lady GaGa Opens Up About Chronic Pain, Reveals Her Struggle In Emotional Message To Fans

The sexual harassment lawsuit filed against legendary singer Elton John by a former bodyguard has been dropped.

Nicole Kidman Speaks Out To Help Women Victims Of Violence

NEW YORK — Nicole Kidman says that after seeing women and children who were victims of violence in Kosovo 10 years ago, she decided that one of the most important things in her life was to work to help them.

Nicole Kidman Speaks Out To Help Women Victims Of Violence