In various interviews, the "Batla House" team has declared that their film is an attempt to seek definite answers to questions that still remain, regarding the alleged Batla House encounter in Delhi's Okhla area that happened in the aftermath of the 2008 serial blasts.

Ironically, in a crucial courtroom scene of the climax, when the defence and prosecution are arguing to establish the guilt or innocence of a key suspect, an announcement appears on the screen stating that the filmmakers "do not endorse the viewpoint of either party".

You realise at that point where the problem with the film lies. Like most other mainstream Bollywood efforts claiming to bare truths, "Batla House", too, is hesitant when it comes to bluntly stating facts.

When it does take a stand in the end, the film seems almost apologetic to do so – the protagonist doles out a lecture on how the impressionable youth who get sucked into terrorism are not to be blamed, that the fault lies with the harbingers of religion who abuse faith to brainwash them.

It takes a while for the film to reach that sort of an indecisive stage, after the advantage of an impressive start is squandered away over the larger part of its nearly two-and-half hour runtime. Director Nikkhil Advani has credibly handled the genre of gritty thriller based on real-life terror in his 2013 release, "D-Day". With "Batla House" he somehow struggles to maintain an urgency in the drama that unfolds.

An elaborate statutory note right at the start, in Hindi and English, declares that the film is fiction based on facts. Probably Advani forgot a balance between fiction and facts had to be maintained. He allots too much screen time to unnecessary melodrama – mostly concerning the hero's troubled marriage, his wife's travails because she is a TV journalist and hence has to face the heat when he lands in controversy, the hero's inner demons that continue to torment him after the killings.

John Abraham cuts a picture of gravitas as the film's hero Sanjay Kumar, the top cop in the line of fire after the encounter-op, because he headed it. The film would have us believe ACP Sanjay Kumar, who was in charge, did not give the go-ahead for the operation – that his immediate subordinate, Kishen Kumar Sharma (Ravi Kishen), took it upon himself to lead the cops into the building even before Sanjay reached the spot. 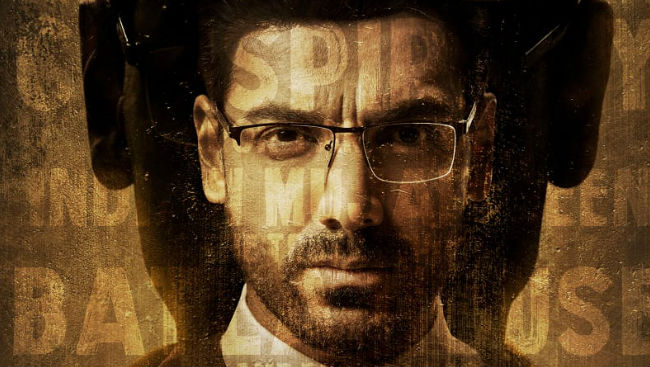 John carries off the quasi-fictional creation Sanjay Kumar with admirable restraint, in what has to be a career-defining role. As flawed screenwriting leads to uneven storytelling, the actor exudes tremendous screen presence to keep you engaged.

Ritesh Shah's writing sets up the encounter incident right at the start, with pulsating suspense and drama. As things go horribly wrong, the police are forced to open fire. Getting out of the area would have been a problem for ACP Sanjay and his team, unless back-up force arrived in time.

Thereafter, things go downhill for the cops. The film loses its initial inertia as Advani spends too much footage explaining how the whole world starts to hate Delhi Police, and dubs them as murderers of innocent students after the Batla House killings.

Activists, students, placard-flashing protestors and news channels alike demand ‘justice' for the young men, convinced they are innocent students. For Sanjay, the deal is tougher because higher authorities seem obsessed on hushing up further probe. The political top brass would rather confer a bravery medal to Sanjay and get him off the case, than allow him the scope to investigate and clear his name.

"Batla House" names Indian Mujahideen as the masterminds of the serial blasts but refuses to probe deeper. Sanjay's entire operation is overwhelmed by the demands of fiction, which affects its search for truth. While scenes of the hero's topsy-turvy marriage hinders pace in the first half, Nora Fatehi's item number seems wholly out of place in what should have been an edge-of-the-seat second half.

John Abraham's act apart, there is not much to talk about among the cast. Mrunal Thakur, seen recently in the Hrithik Roshan-starrer "Super 30", suffers from a badly-penned role. Even a proven talent as Rajesh Sharma (as the defence lawyer) slips into the tendency to ham.

"Batla House" could have been a terrific film. It remains a tepid effort.

'Khandaani Shafakhana': Message In A Mess

"Khandaani Shafakhana" betrays most flaws that efforts of debutant directors in Bollywood normally do.

'Khandaani Shafakhana': Message In A Mess

Trite humour, and a hackneyed and lazily-crafted plot, spells doom for "Arjun Patiala".

Don't be too judgemental about its flaws, and you might just love this one.

The film has all the elements of a Sanjay Leela Bhansali production. The set designs and the production values of the film are of ace quality.

The title of the film centres around Article 15 of our Constitution, which is about Right to Equality. It prohibits discrimination of Indians on basis of religion, race, caste, sex or place of birth.