Troy Ribeiro IANS, 28 Jul, 2017 09:08 PM
Director: Madhur Bhandarkar
Cast: Kirti Kulhari, Neil Nitin Mukesh, Tota Roy Chowdhury, Anupam Kher, Sheeba Chaddha and Parvin Dabas
Rating: * *
A political drama with a detailed disclaimer about hurting the sentiments of anyone, Madhur Bhandarkar's controversial "Indu Sarkar" is a cleverly plotted propaganda film.
Set in the backdrop of the dark phase of the 1975 Emergency, the film begins with the horrific atrocities committed by the government of that period. Soon, the narrative changes track to capture the travails of an ordinary woman called Indu Sarkar.
Indu is a simple, reticent and unconfident orphan who marries a government employee, Navin Sarkar, thus the title "Indu Sarkar". Indu's only ambition is to be a good dutiful wife, whereas Navin's is to rise the ranks in his office and thereby ensure he leads a comfortable life in future.
But when the government declares the Emergency, his superior -- the politician Om Nath -- tells him to do something to the effect build your dreams and work hard during the Emergency... your dreams will be fulfilled. So, Navin works blindly and earnestly by following diktats.

Soon, the ideologies of Indu and her husband clash. How their lives interweave with the political scenario, forms the crux of the tale.
This piece of fiction, written by Anil Pandey and Madhur Bhandarkar, has based its research on the Shah Commission Report and is shrewdly mounted. The script gives a fair display of human selfishness and spinelessness and the film is disturbing. It reminds you of the tough moments an obtuse government can create.
The film, mounted as a realistic drama, offers the grit and effervescence of the period. The sepia tone frames and the crabby background score all add to the aura.
The qawalli, though unwarranted, breaks the momentum of the seriousness of the subject, thus making you realise that this is only fiction.

Kirti Kulhari is a natural performer and as the eponymous character Indu, she is excellent. She effortlessly renders her character of a stammering young lady who is soft at heart yet hard during tough moments.
She is aptly supported by the powerful actor Tota Roy Chowdhury as her husband Navin.
Neil Nitin Mukesh, a competent actor, plays Chief -- the extra constitutional authority who is protecting the interest of his mother -- with aplomb.
With a few ineffective scenes and nothing meaningful to offer, Anupam Kher as the political fighter Nanaji is wasted.
The other actors who have their moments of onscreen glory are: Sheeba Chaddha who plays Mekhla, a distraught mother who gets into social service and later the Himmat India Sangathan, and the actors who play the politician Om Nath and police officers Misha and Sodhi. 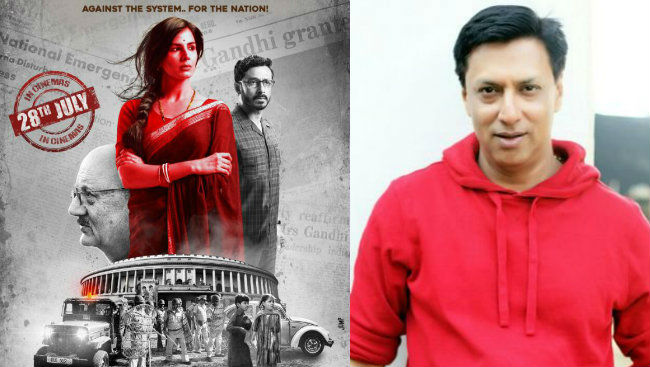 For its 139-minute duration, the film seems stretched. The narrative is reiterated in the last act, making the viewing a tedious fare.
Prev Next

The film has good production values and is definitely not the apt tribute to Michael Jackson as suggested by the Director.

The much-awaited "Lipstick Under My Burkha" is a bold and brutally honest film about the unbridled dreams of four women, trapped in their lives owing to societal norms and stereotypes.

Overall, with a run time of two hours and forty five minutes, there are moments when you inadvertently end up snatching forty winks.

The humour is derived from self-deprecation along with Bollywood and comic-book character references, making the film a time-limited, fragile product.

Not to be taken seriously, certainly not for its politics. Cruise and his entertaining partner-in-crime Jake Johnson play antique thieves who run into a scam far beyond their control.