Darpan News Desk, 13 Jul, 2018 01:45 PM
Director: Shaad Ali
Cast: Diljit Dosanjh, Taapsee Pannu, Angad Bedi, Kulbushan Kharbanda, Vijay Raaz, Mahabir Bhullar, Satish Kaushik
Rating: * * * 1/2
Shaad Ali's "Soorma" is a remarkable story of hope and inspiration based on the life of Sandeep Singh, the former captain of the Indian Hockey team.
Narrated from Harpreet Kaur's point of view, the film captures Sandeep's early life in Shahabad, Haryana, where every young person's goal in life is to play hockey for "India." Not sure about the patriotic aspect, but surely for the fringe benefits of a secure job and a bright future that come along with the selection. 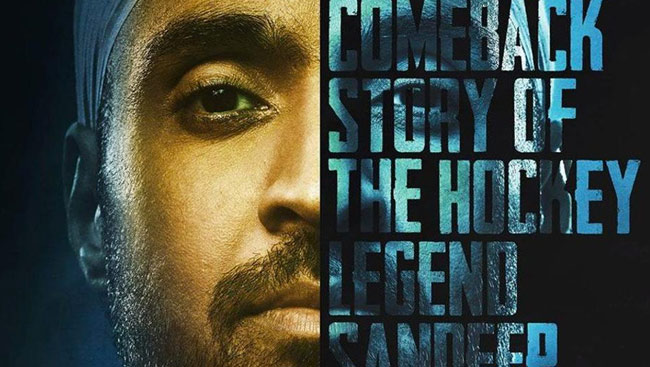 The film tells us how Sandeep and his older brother Vikram are keen enthusiasts of the game. But the abusive Coach Kartar Singh pushes the young Sandeep away from the hockey field, while Vikram forges ahead.
Years later, by happenstance Sandeep meets the striking hockey player Harpreet Kaur on the hockey field, when he goes to deliver lunch to his older brother. Love blossoms, and his interest in the game reignites.
How he pursues the game, gets selected to play for the country and is christened- "Flicker Singh" for his expertise, forms the crux of the narrative.

While initially, the tone of the film is light and frothy, the plot whips up a storm of emotions after the promising star is accidentally shot in the train while on his way to join his team due to leave for the World Cup.
How he overcomes paralysis of his lower limbs and re-joins the team for the Common Wealth Games in London, keeps you hooked to your seats.
The natural performances and the subtlety of love, determination, sacrifices and patriotic fervour, are what make this film shine. While there are nuggets of humour strewn across the narrative, there are also moments that touch the core of your heart. 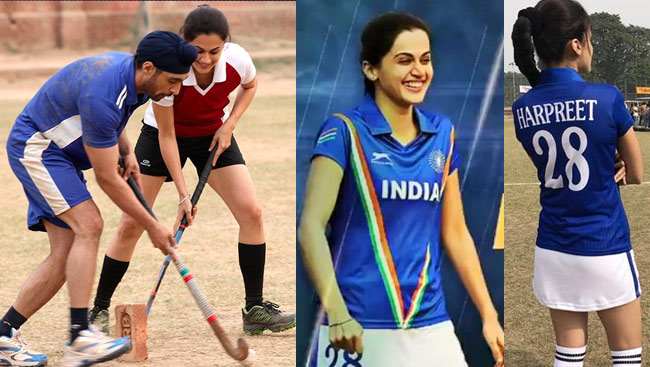 With a tinge of innocence and sincerity in his eyes, Diljit Dosanjh surely steals your heart as Sandeep Singh. He is equally effortless and intense with his restrained performance.
Tapsee Pannu shines as Harpreet Kaur, Sandeep Singh's love interest. Her on-screen chemistry with Diljit is palpable and they make a cute pair.
Angad Bedi as the supportive older brother Vikram is impressive. So are: Satish Kaushik as Diljit's father, Vijay Raaz as the Bihari coach, Danish Husain as Coach Kartar Singh, Mahabir Bhullar as the Sandeep's "grandfather figure" and Seema Kaushal as Sandeep's mother. They all shine, as they have moments of their on-screen glory. 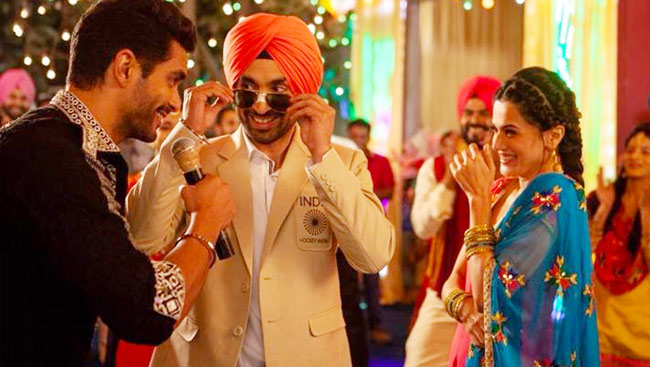 The background score and the music of the film are melodious. The numbers, "Ishq di Baajiyaan", "Goodman di laltain" and "Pardesiya" soulfully touch your heart and capture the essence of the duo's romance and separation, to perfection.
With ace production values, the film is brilliantly shot by cinematographer Chirantan Das. The hockey games are intelligently and astutely replicated and there are instances when you feel that you are watching a live match.
And at the end, with the inclusion of the documented clip, one gets to see the real life hero, the unassuming Sandeep Singh receiving the Arjuna Award from the President of the India.
Prev Next

Helmed by Director J.A. Bayona, the film promises a lot when it comes to presenting concepts and characters, but at the time of developing the story, it falls into the same sin as Jurassic World.

Designed on a lavish scale with a big fat Indian Wedding, a runaway bride and music thrown in in ample measure, the film is glossy and rich enough to watch it, if you have nothing better to do.

It all seems highly improbable and manipulated, by all means, honour the country with flag-waving films, but at least make sure that the film does not prove unworthy of its nationalistic aspirations.