India is undoubtedly a land of wonder, and its diverse landscapes are dotted with several architectural wonders. While the marvellous masterpiece — Taj Mahal wears the crown as one of the most celebrated wonders of India, the country is also home to several incredibly magnificent monuments that speak volumes about its history and architectural greatness. We have listed below a few spectacular Indian wonders that have stood the test of time and continue to impress us even today, and should be on your bucket list. Read on…

The grandiose site of Hampi stands on the banks of the Tugabhadra River in the eastern part of Central Karnataka and is simply a breath-taking sight to see. The magnificent ruins, which house more than 1600 surviving remains of the last great Hindu Kingdom in South India — the Vijayanagara Empire, including forts, riverside features, royal and sacred complexes, temples, shrines, pillared halls, mandapas, memorial structures, water structures and others, are sure to spellbind you with its incredible landscape and beauty. Surrounded by giant boulders, which were once part of gigantic granite monoliths, these ruins of the bygone era offer an unmatched travel experience to history freaks, travellers, and photographers alike. 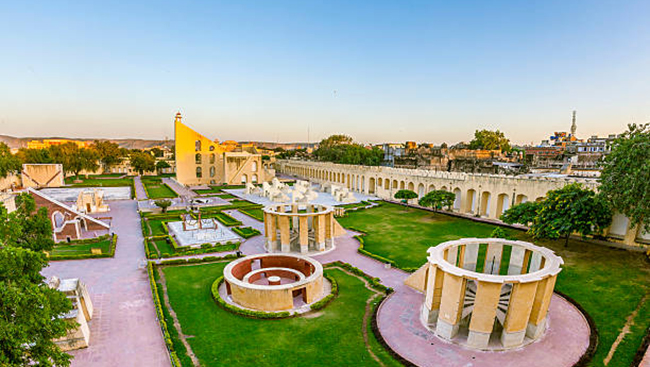 Did you know that India is home to the largest sundial on the planet??? Well, amid the majestic palaces, architectural wonders and colourful bazaars of the Pink City of Jaipur, also lies the astronomical wonder — Jantar Mantar, which features the world's largest stone sundial and is a UNESCO World Heritage site. Constructed by Maharaja Jai Singh between 1724 and 1727, who was an ardent fan of astronomy, the Jantar Mantar of Jaipur is the biggest stone observatory in the world and features 19 large instruments that can calculate the position and movement of celestial bodies with the naked eye. These monumental instruments have enthralled astronomers and historians across the globe with their impressive accuracy. 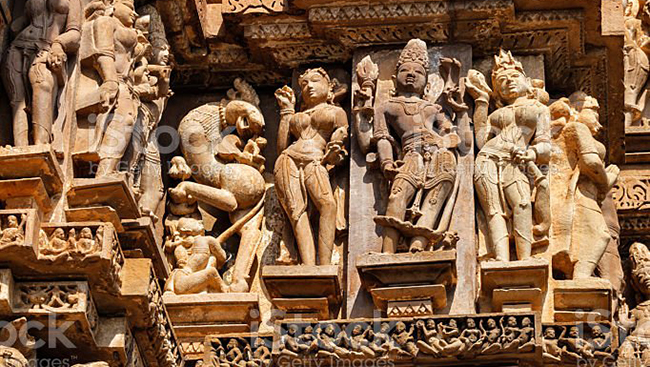 One of the most underrated travel destinations of India — the mystical and magical Tripura, is host to several beautiful places among which is the Unakoti hill. Unakoti, which literally means one less than a crore is dotted with several rock-cut sculptures of Hindu deities, some dating back to the 7th century, including a massive 10m-tall face of Shiva sculpted on a monolithic rock and a trio of Ganesha. These marvellous rock carvings are located amidst a beautifully landscaped forest area with greenery and several waterfalls all around, which adds to its surreal and mystical charm. 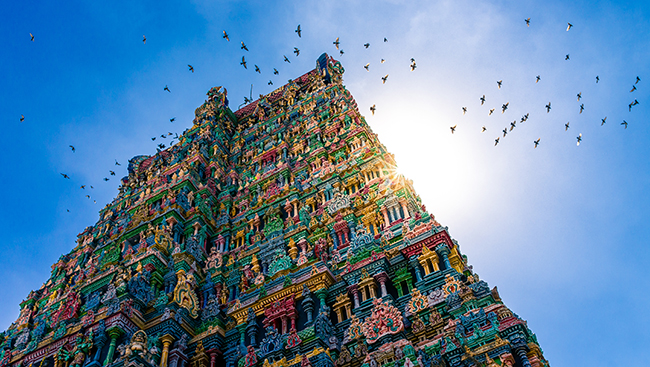 Another impressive Indian wonder best seen in person is the prodigious sized complex of Meenakshi Temple, a historic Hindu temple located in the temple city of Madurai, Tamil Nadu, India. The majestic and vibrant temple is dedicated to the triple-breasted warrior goddess Meenakshi. With its 6-hectare complex and 14 tall gopurams, decorated with stucco engravings of mythical animals and deities painted in assorted hues — the Meenakshi Sundareshwarar Temple is considered the pride of South Indian temple architecture and is a must-see. 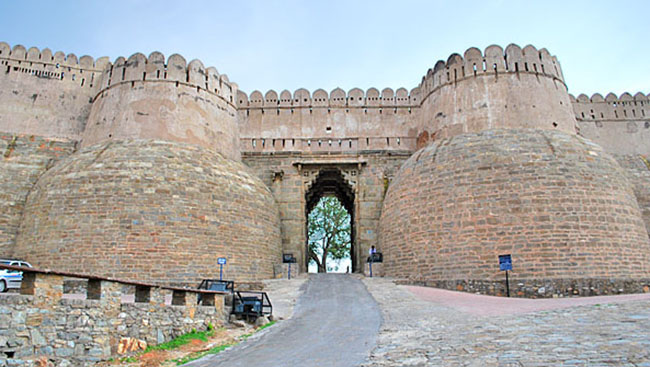 Renowned as the second-largest wall in the world after the great wall of China, the Kumbhalgarh Fort is the jewel of Mewar and is one of the most impressive man-made Indian structures. Situated on the westerly range of Aravalli hills, in the Rajsamand district of Rajasthan, the fort was built 1100 metres above sea level in the 15th century AD by Rana Kumbha. The scenic journey towards the derelict fort through the winding roads of the Aravalli hills is breathtaking. Kumbhalgarh Fort was the second most important fort for the Mewar rulers after Chittorgarh. It contains over 360 temples within its walls. The perimeter of the wall that surrounds the fort extends to 38 km and is 15 – 25 feet thick and broad enough for eight horses to ride abreast. Soaked in history, royalty, power and culture, the grand Kumbhalgarh fort is an architectural feat that needs to be witnessed.

Sanchi is famous as a paradigm of Buddhist architecture and culture and the Great Stupa is the most momentous of all the monuments in Sanchi as it is not only the oldest Buddhist monument in the country but also the largest stupa at the site. Built-in the third century BC by the great Mauryan King Ashoka, the great stupa is considered to be one of the most beautiful Buddhist artworks in the world. The awe-inspiring monument is bejewelled with astounding designs and motifs and is surrounded by equally beautiful smaller stupas, monasteries and temples. 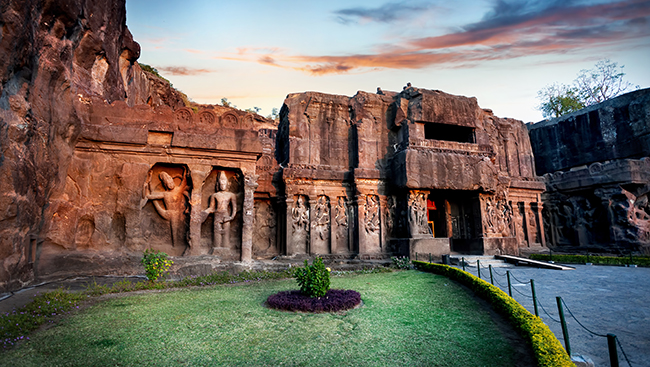 Another marvel that stands as pride for India is the wonderful Ajanta and Ellora caves. Cited as one of the finest examples of ancient rock-cut caves with artwork dating from the period 600–1000 CE, Ajanta and Ellora caves have captivated travellers and historians for centuries with their sheer beauty and architectural greatness. Situated in the Aurangabad district of Maharashtra, the Ajanta and Ellora caves complex is adorned with beautiful sculptures, paintings, and frescoes and includes Buddhist monasteries, and Hindu and Jain temples. Ensconced in tranquillity, these caves exemplify the engineering excellence and unsurpassed imaginative power of the bygone era. 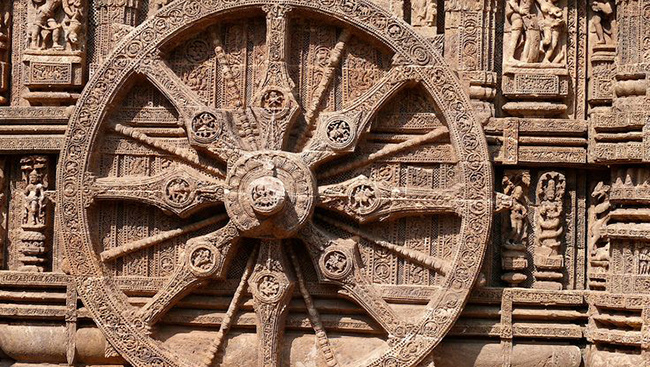 Famed for its intricate carvings, iconography, themes and some uninhibited erotic sculptures — the Konark Sun temple is breathtakingly beautiful. Built-in the 13th century, by king Narasimhadeva I of the Eastern Ganga dynasty, the Sun Temple of Konark reveres the Sun God and is situated in Puri district, Odisha. Considered a chariot of the Sun God, the Konark Temple is designed in the form of a splendidly decorated chariot mounted on 24 wheels, each about 10 feet in diameter, and drawn by 7 mighty horses, all carved from stones.  The Sun Temple is also known as the Black Pagoda and the gorgeous monument is sure to transport you back to the primordial empire of Kalinga. A visit to Konark Sun Temple is indeed an experience to remember. 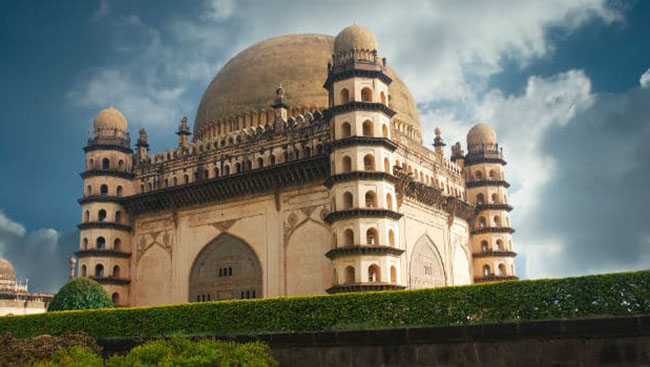 Located in the Bijapur district of Karnataka, in the centre of a gorgeously landscaped garden, Gol Gumbaz is the second largest dome on the planet after St. Peter’s Basilica in Rome. A mausoleum tomb to the king Mohammed Adil Shah, Adil Shah Dynasty, the Gol Gumbaz architecture is spectacular and unique in the way that the four minarets themselves act as staircases. The most breathtaking element of this monument is its acoustical system, even the smallest murmur around the dome echoes several times. In the central chamber, every sound is echoed seven times, whereas even a minute’s sound made at the Whispering Gallery, can be heard 37 metres away. 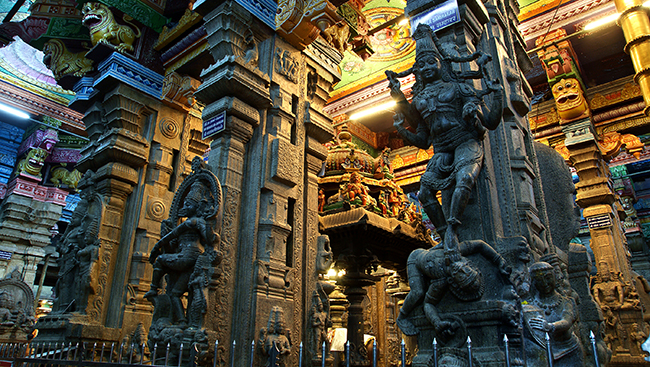 RIO LAGARTOS: A Slice of Mexico

So after enjoying ourselves by the beach at Playa Del Carmen, we decided to take a one-day trip to Rio Lagartos, a silent, quaint fishing hamlet located in Mexico's Yucatán state. The name Rio Lagartos first popped up when we were searching for the Instagrammable pink salt lakes at Las Coloradas.

From classic romantic breaks to unique escapes and spots perfect to spend time with your loved ones, we have got you covered. So, take your pick and celebrate love with a dreamy romantic vacation.

The Covid-19 Effect on Your Travel Plans

With stringent stay-at-home orders, countries sealing borders, drop in the number of operational flights — we have been forced to abandon the travel bug within us.

Thanks to technology, you can virtually visit almost any place in the blink of an eye, through your trusty laptop or smartphone.

Landlocked in the centre of Europe, the jaw-droppingly beautiful alpine country, Austria, has plenty to offer to every kind of traveller.