With wishes in her eyes and dreams that touch the sky, the talented dancer, choreographer and actor hopes to shatter the field of dance with her moves.

If you haven’t watched the high school drama, Work It, then we suggest you get on it right now. We can give you two reasons to do so – it is a super inspiring story about misfits coming together to become successful in life. The second reason being Indiana Mehta, the talented dancer, choreographer and actor from South Asia currently settled in Canada has done a commendable job in the movie. We speak to her about her Hollywood experience, running her own dance school in Toronto and her dancing style.

For Indiana, life was all about spreading those wings and flying high. In pursuit of her dreams, she came to Canada in May 2018. “I am a professional dancer and trained in London, England, for three years. I did a full-time degree and trained extensively in musical theatre. I moved back to my hometown, Mumbai, and explored my options there. But I was in pursuit of international exposure. I chose to move to Canada and it has been my best decision,” shares the dancer who runs Bollyhells, a dance school in Toronto. 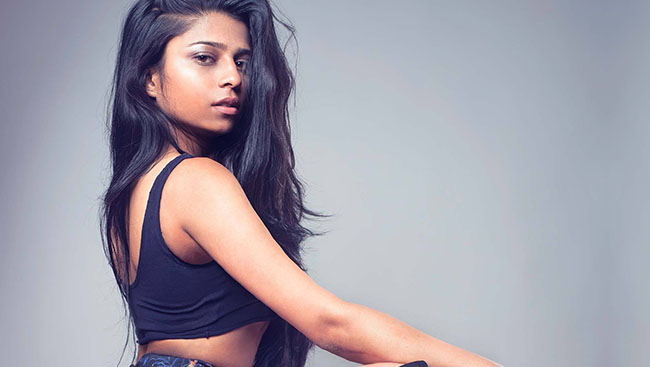 The first thing Indiana did after landing in Canada was that she signed up with an agent. Since then, the Mumbaikar was spotted in television commercials and shows as a dancer. The acting was never on the cards until Work It happened. “My agents told me about an opening in the movie and asked me to give it a shot. I submitted a dance video to the production team to be one of the dancers in the movie. Two months after the submission, they called me over for an in-person audition. So, I flew down to LA and was nervous to perform. They were looking for people who could do hip-hop, popping and locking. I wanted to try something different but at the same time didn’t want to embarrass myself. But I gave myself that nudge and did a little bit of Bharatnatyam, mudras, bhangra, and garba to a Chris Brown song.
I had never expected it but I received a standing ovation for it. I had also mentioned to the makers that I was a National level skating champion. They were impressed and called me for a reading for an Indian character,” Indiana elaborately explains.

She plays the role of Priya in the movie which primarily focuses on a high school dance competition. She also shares several scenes with Sabrina Carpenter, Liza Koshy, and Jordan Fisher. “It was lovely working with them all. Sabrina is amazing at singing and dancing. Similarly, Liza has like 20 million subscribers on YouTube and she has amazing videos to her credit. Jordan is such a star and it truly was amazing to learn from them. They would be impromptu and constantly think about acting and the process,” explains Indiana, who took to dance because of her father. She believes that her parents have a huge role to play in how she turned out to be. “My dad was interested in Bharatnyatam and he would teach kids in our neighbourhood. I used to watch and replicate it. Then I got into a western dance phase and moved towards that. I wanted to learn ballet and my parents let me move to Bangalore to learn from Yana Lewis, the CEO of Lewis Foundation of Classical Ballet, for three years. They have always been supportive of every decision I make,” she says.

Now that Work It has happened, what’s next for Indiana? To which she says, “I am looking at different kinds of roles – from being a teenager to something like Mean Girls.” Indiana confesses that she loves being on the set and is always looking to learn and explore.

Having said that, Indiana is also looking to make a mark in Bollywood. In fact, she already made her debut in Karan Johar’s Ae Dil Hai Mushkil. “I was the dance teacher who was conducting that class before Ranbir Kapoor breaks into ‘Baby Doll Main Sone Di’. So, I met Anushka Sharma, Karan Johar and Ranbir Kapoor during that shoot. I was selected after an audition was conducted. I would love to go back and work in movies, and at some time, I will do an amazing item number!” she laughs.

Indiana is constantly learning and is getting inspired by dancers like a Russian ballet dancer, Yana, and Brian Friedman. Her personal favourite is late Saroj Khan and her go-to dance number will always be ‘Dola Re’. With wishes in her eyes and dreams that touch the sky, Indiana hopes to shatter the field of dance with her moves.