I think my face has changed after Sarbjit. I see my photographs and feel there is a change. Like after Main Aur Charles my smile had become lopsided. So, yes, these characters do take a toll on you, but you eventually snap out of it.

From going through a phase when he had no movies for three long years to having not just one but four releases simultaneously in a year. Plus, appreciation from all quarters for all his histrionics, admiration from the likes of Amitabh Bachchan, and a camaraderie with one of the most powerful Khans of the Bollywood industry – it is definitely an upswing for Randeep Hooda at the moment.

However, this Jat boy is indifferent towards it all. Rather, behind all the adulation and the success, is a man whose only concern is his horses and his craft.

In an exclusive chat with DARPAN, the Bollywood hunk says, “If my horses could talk, I would have called them 20 times a day.”

Laal Rang, Sarbjit, Do Lafzon Ki Kahani and Sultan, not one but four releases this year, 2016 seems like a very good year for you…

Well, I did these movies one after the other and I don’t know if it is fortunate or unfortunate that all of these movies are releasing every month, but I am very grateful for the fact that I am able to do so many different roles and so many different genres. Though this back to back movie promotion is taking a toll on me, but that is how the cookie crumbles. From having only one release in 2015, which was Main Aur Charles to having four releases in four months in 2016…I feel I am very blessed. 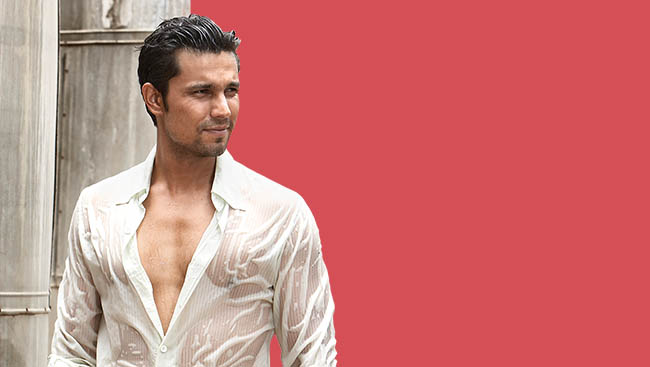 Though Sarbjit got mixed reviews, your performance was appreciated by all, so much that everyone is betting that this time around you would walk away with all the awards, what do you have to say to that?

I have been hearing that a lot too, but it is not in my control. People are putting too much pressure. I have never cared for awards much. I have never been to award functions. When Highway had released, I was nominated. At that point, I was advised by my PR to go. Even Sajid Nadiadwala said that I should go. So, I went there and sat through it. I clapped for everybody and I came back. But I don’t think I could do it all the time because I am so involved in other things. I have not been acknowledged before and it didn’t affect me. If I get acknowledged now it will be great, but if I don’t, then also good. I will keep working the same way.

Well, awards may not matter to you, but what about the other most important defining feature of a successful film today – the box-office collections?

Box-office figures don’t matter to me at all. I just feel that if my film makes good money, I will get paid more for my next film.

Going back to Sarbjit, you had to go through a drastic body transformation for the film. You lost over 18 kilos and on the other hand, you had to gain weight for Do Lafzon Ki Kahani, how do you maintain your fitness in such circumstances?

It was crazy. I had a very strange relationship with my fridge during this time. During Sarbjit I felt that it used to call me with romantic songs like – ‘Preetam aan milo.’ I was so deprived of food that I used to hear such things in my head. And during Do Lafzon Ki Kahani, which is an opposite transformation, where I had to put on some 18-20 kilos, my fridge used to tell me – ‘please close my door,’ because I used to continuously keep eating. So going through this in one year was quite a challenge. It has messed up with my health and my head, but thanks to my sister (Dr. Anjali Hooda Sangwan, a nutrition specialist), I managed to go through it. Now I am again getting back in shape, however, I am not trying to do any particular kind of diet. My sister just advises me on what to eat and what not to eat.

Apart from your health, when you are doing such diverse and demanding roles, it takes a toll on you emotionally too, how do you then snap out of it mentally?

It definitely does. I think my face has changed after Sarbjit. I see my photographs and feel there is a change. Like after Main Aur Charles my smile had become lopsided. So, yes, these characters do take a toll on you, but you eventually snap out of it. For me, it’s my horses who help me snap out. When I go to my horses they don’t know which role I have done, they don’t know what critical acclaim I have received, they don’t know what are the box-office records, what are the reviews, what is happening in the film industry… they don’t give a damn and they are my escape. With them, I find myself again. I spend all my free time with them. If my horses could talk, I would have called them at least 20 times a day. I love them so much. Believe me, if I don’t go riding, I am not a very pleasant person to be around.

Randeep Hooda has suddenly become a name to reckon with. Praises are coming not just from the critics but from within the industry as well. How do you manage to keep yourself grounded?

The fact that I am not supremely confident about what I do helps me keep grounded. I always feel scared when I get a role. I am always worried and I think – ‘Ab isko kaise karu? (How do I do this?). Today is the day everybody is going to find out that I can’t act.’ Hence, I start working on it harder. I approach every role as if I have never acted before.It is to keep my own work interesting for myself. It is not to show off to people or to my director. It’s just to keep myself interesting by tapping into new things.

Your next film is again with Salman Khan – Sultan, seems like you have become his blue-eyed boy…

No, Salman likes only blue-eyed girls. Jokes apart, I enjoy his company. He is a very nice guy, we gel together and our sense of humour is similar. We have a great camaraderie and it shows on screen. In Sultan, my part is much smaller than Kick, but it is good fun to work with Salman. So when they offered me the role to play Salman Khan’s coach, I took it. I was like – bhai ko sikhane ko milega (I will get to teach Salman), let’s do it.

You have worked really hard to carve a niche for yourself in the film industry, would you say you are finally getting your dues now?

I get paid more now and I get bigger and better films.

So, what is your dream now?

I am living my dream only, one amazing role after the other. Who gets to play these characters from so many different genres? So I am living my dream. I have never felt pressured by the market or by some creative image to build a certain kind of image for myself. I have done everything instinctively, have moved in every direction and I am very thankful that people accept me in whichever roles I play. I am hoping I can continue to do so.