The 19-year-old has signed a three-year contract with S.C. Braga to play professional soccer in Portugal. His success has also opened international doors for other youngsters wanting to excel in thesport.

After experiencing some quiet sports in 2020, this year promises loud cheer and excitement in the field right here in BC. Surrey’s Juvraj Kooner, fondly known as Juvy, has signed a three-year contract with S.C. Braga to play professional soccer in Portugal. S.C. Braga plays in the Primeira Liga, Portugal’s top soccer league. This is a milestone not only for British Columbia but also for BC’s South Asian community as there is a lack of South Asian pro players in the sport. Additionally, Kooner is an excellent example of a hardworking, dedicated South Asian youth who is focused on his goal and working towards achieving it. DARPAN aims to highlight the good that is happening in the community instead of being too consumed with the bad. By highlighting positive stories of our youth, DARPAN aspires tostand strong against the negative portrayal of South Asian youth that is often seen in media. 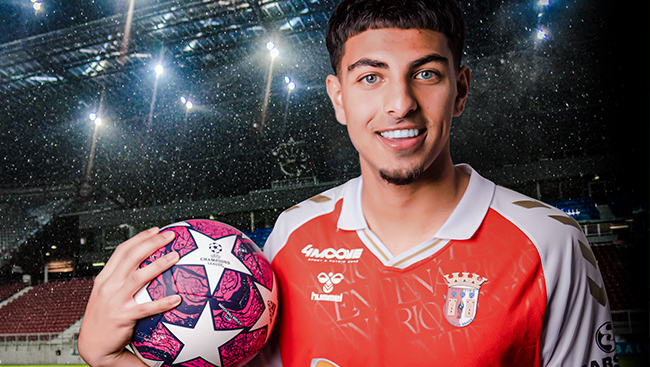 Soccer’s newest pro player is excited for this chapter in his life and proclaims it to be his most memorable moment so far. “It feels really good as this [playing professionally] has been a goal I have been striving towards since a young age,” says Kooner who just turned 19.

Kooner began soccer at the age of four and played for local teams in Vancouver. At the age of 11, he started playing with Surrey United in the BC Soccer Premier League; at 13 in 2015, he joined the Whitecaps FC pre-residency program and continued to play there for two years. His advancement from being a Canadian soccer player to playing the sport professionally actually began in April 2017. Kooner was playing in a tournament in Toronto when he was first introduced and scouted by Länk Football Group. The Toronto-based academy creates opportunities for youth footballers to showcase their talent to scouts and coaches from premier European clubs, and helps players develop a clear path to a rewarding professional football career. 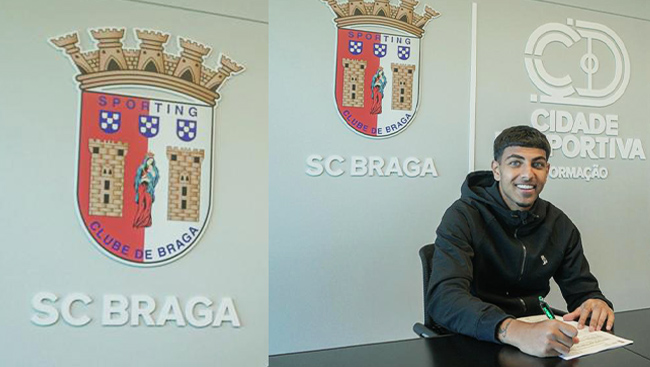 In July 2017, Länk sent Kooner to Stockholm, Sweden, to play with AIK U16. “I trained with them for a season but was unfortunately too young at the time to sign any contracts with the club,” recalls the midfielder/defender. So he decided to come back to Vancouver and continue to play with Surrey United until his high school graduation. In the summer of 2019, he joined Länk Academy in Portugal. “Just two months after arriving my season ended as I tore my anterior cruciate ligament (ACL) during a pre-season tournament,” he adds. He returned to the sport after 12 months of rehabilitation. In October 2020, Kooner was offered a professional contract with S.C. Braga. “I had been talking with the Länk Academy director for a while about signing with S.C. Braga. After a few months of development, Braga expressed interest in me and shortly after, I was offered a professional contract,” says Kooner elatedly.
Länk Football Group also shared the big news via a video on their YouTube channel that features Kooner signing to S.C. Braga. “It is with great pride and joy that we announce the signing of our Academy player, Juvy Kooner, to SC Braga! Juvy has been with our Academy since he was 15 and it has been an honour to watch him develop into the skilled, and strong player he has become. We are excited to continue following his career as he takes this huge leap into professional football,” says the YouTube post.

Looking back at his soccer journey, it was Kooner’s dad that first introduced him to soccer. “I quickly began to excel. If it wasn’t for my dad, I wouldn’t have started playing,” he admits. The Newton resident owes his success in soccer to his parents and his grandma. “My dad as well as my uncle, Baddu Saini, have been mentors for me since a young age and have continued to support me throughout the years. My mom and my grandma played a big part in helping me advance as they provided everything for me off the field. From rides to practices and games, to cooking for me and making sure my kit is ready, they have always been there unconditionally. Without all of them, I would not have advanced and been able to sign a professional contract.” 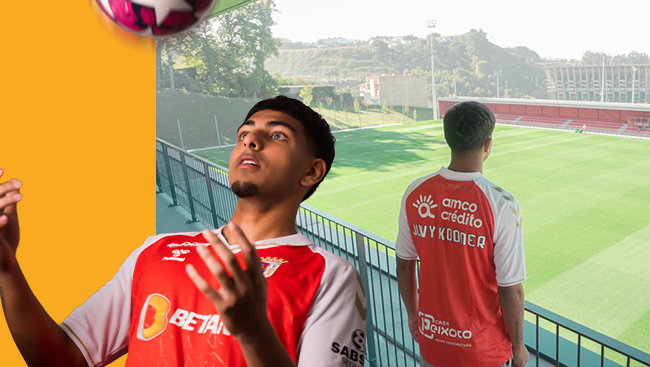 Kooner’s parents are extremely proud of their son’s accomplishments and the S.C Braga signing. “As parents, we want what most parents want for their kids and that is to help our children make their dreams come true. Juvy has worked extremely hard at developing his skills, committed to a structured and rigorous training schedule and given up a normal childhood to pursue his dream and love of soccer,” they say with immense pride.

Another mentor Kooner mentions is his trainer from Surrey. “Arshdeep Mutti, known as AM Training, [who] has been a role model for me since the age of 16. He has continued to work with me to accomplish many of the goals we have set for myself.” Mutti always believed in Kooner and his abilities. “I’ve known Juvy for close to four years now. Ever since we first met, I could tell by the way he carried himself he had a special aura. For someone of his age to have his level of emotional maturity and endurance is nothing short of miraculous. It was instantly obvious to me he was meant for greater things,” says Mutti.

Coming back to S.C. Braga, Kooner states that the football team offers opportunity and development to young players. His next steps are working towards getting an opportunity with the first team. “I’m looking forward to developing as a player and as a person, and playing my first game with S.C. Braga,” says the BC player, who aspires to play like professional footballers Sergio Ramos and Thiago Silva. Kooner reveals that his biggest challenge will be communicating with his teammates as there is a language barrier. “Over quarantine, I have been working on improving my Portuguese and hopefully, by listening to my teammates I will improve,” he discloses. 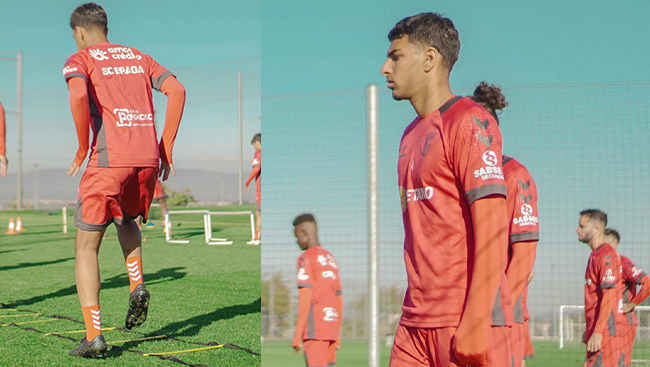 Kooner’s growth and recent signing has not only opened international doors for the 19-year-old but also for other youngsters wanting to excel in the sport. Kooner has created a path for South Asian youth who dream of playing professionally someday – not just soccer but any sport they are passionate about. “Growing up, and even currently, there is very little South Asian representation within pro athletes. I believe that my success as a pro player can inspire youth to contour to work hard and that they can achieve higher positions regardless of their background and upbringing,” states the young achiever who graduated from Burnsview Secondary School in Delta in 2019. He believes that he is motivating Surrey youth to explore and achieve their dreams in sports as his upbringing is very similar and relatable to many other kids who live in the area. “I think that when youth see what I have accomplished, they will also believe that it is possible for them to achieve their goals as well.”

Kooner’s advice to youth and those hoping for a career in sports is: “Continue to believe in yourself and your abilities. Always work hard and strive to be excellent in everything you do.” Juvraj Kooner’s success story is a positive representation of the talent and dedication of South Asian youth in BC. We wish him the very best in his journey ahead on international shores.