With vaccine shortage on the rise, drugs being sold in the black market, and people dying without oxygen supply, the devastating second wave of coronavirus in India caught the world’s attention for its health emergency.

A young girl was crying for help as her mother had to be admitted in a hospital, for, her oxygen levels dropped drastically. In the video, which was circulated all over Twitter, she mentioned that she had aged grandparents at home and no father to support. She would have been all of 18, but running around hospitals didn’t help. Eventually, she cried out for support on social media. Sivakumar Sridhar spent nearly seven hours to find a hospital for his 75-year-old uncle, whose oxygen levels dropped to 85. He had to pull some strings and eventually found a bed in a government hospital, as private hospitals wouldn’t admit him as they already have patients in queue. Such heart-breaking stories have now become common in India, as the second wave of coronavirus is wreaking havoc.

Though all of us, including the country’s health minister Harsh Vardhan, declared that India was ‘in the endgame’ of the COVID pandemic, as vaccination had already begun in January, the second wave beat everyone to it, with the country announcing fresh lockdowns from April. Averaging three lakhs cases a day, the situation doesn’t seem to get any better. With vaccine shortage on the rise, drugs being sold in the black market, and people dying without oxygen supply, the devastating second wave of coronavirus in India caught the world’s attention for its health emergency. 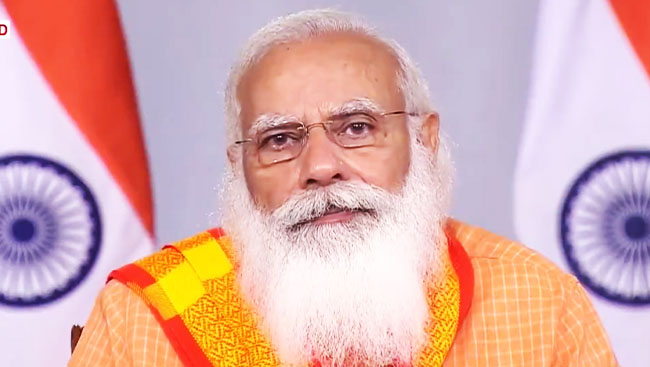 The game of thrones ft. Modi

One of the primary reasons for the spike in cases began when the country’s election commission announced elections in five states early this year. With election rallies and campaigning seeing thousands of people with no masks or no social distancing, the elections were a recipe for disaster. With cases and deaths rising day-after-day, a large section of the population is blaming Narendra Modi, or well, the Modi government, who did nothing about it. If this wasn’t all, the government also gave a nod to conduct a religious congregation like the Kumbh Mela in Haridwar, which again saw lakhs of people, following no safety protocol. With fresh news coming in that most people who attended the congregation testing positive for the virus, the situation seems to be getting worse.

A lot of people who’ve actually suffered a loss in the families, too, have noted that their loved ones would have survived if they got oxygen or bed on time. Sources add that there were several projects that involved installing oxygen, which were still pending from the government. Just as dead bodies are piling up in crematoriums, situations in which the Modi-led government failed, are also adding up. Even global media have criticized Modi for his lack of controlling a pandemic.

Was he really prepared for the second wave? Did he work towards fixing up the gaps in the health care system when the country momentarily enjoyed a vacation early this year when the cases were low? While he has not addressed any of these allegations, we hear, the government is now speeding up things to make the situation better. And the first step to that was getting the vaccination drive, up-and-going for everyone above the age group of 18, from May 1. 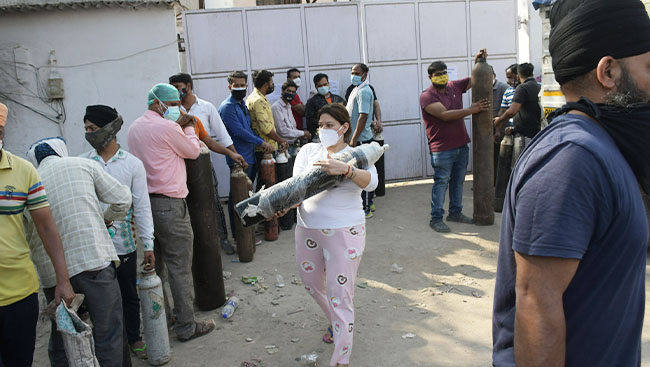 But would you blame it all on Modi for the second wave? Isn’t the pandemic affecting the entire world? Our tragedy is overwhelming because of the sheer size of the population, too. India is a country with the second largest population. How does one effectively manage to control the spread of virus if no one is wearing a mask or maintaining social distancing? Despite announcing lockdowns, streets in Bengaluru, Karnataka, which clocks an average of 40,000 cases every day, are crowded with people. Respective state governments introduced paying a fine for not wearing a mask in public places. Though some people adhere to the rules strictly, there are few others, who still wear their mask below their nose.

Just when the cases were coming down, cricket matches saw crowds gathering in the stadium. Despite repeated announcements of sitting in between two chairs apart, people were grouped together and cheering for the country. Even as the cinema halls were opened, families who came to the theatres refused to sit apart.

If people in the city are acting like this, villages across the country are flouting rules like nobody’s business. Most recently, the fishing festival held near Tirupatur, near Madurai, in Tamil Nadu, turned up in huge numbers for a traditional festival. Even though officials say that they have banned such events owing to the rising COVID cases, men and women across nearby villages came in troops, not adhering to any of the pandemic norms.

No matter how celebrities or the government come forward to do a video on the importance of masking, or urge people to follow social distancing, people, here, live in their own world… a world in which they believe that coronavirus is a mere scam. While one can’t go about changing one’s belief, the overcrowded crematoriums, the number of patients waiting outside the hospitals for oxygen, and a constant reminder to wear a mask, should put some sense into them. A wisecrack once said that if you want to blame everyone; see yourself in the mirror first. And that holds true for many, here, in India. 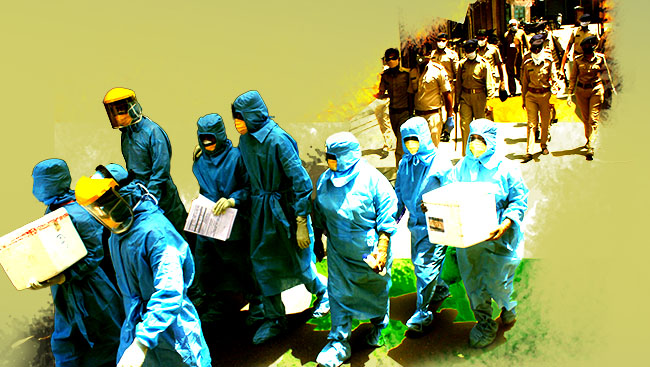 Social media a boon or ban in this pandemic?

To some social media is a godsend - where they get an opportunity to crowdsource beds, oxygen, medicines, plasma, and ventilators. Messages on Facebook, Twitter, and Instagram spread like wildfire which has indeed helped people during these desperate times. As someone rightly said, the beautiful part about social media is that you trust strangers.

On the other hand, social media has become a place for trolls and spreading false news. Recently, it was reported that there were meat stalls in Chennai, Tamil Nadu, were shut down because chicken, goats and fish also have COVID-19! That was false news that was spread unnecessarily on social media.
One needs to use the tool wisely and to help people find the right resource.

Is there really an endgame?

The curve is slowly flattening in the state of Maharashtra, which saw maximum cases during the second wave. Is it good news, yet? No. Cases are steadily rising in other parts of the country. Perhaps another lockdown? While the privileged in us would want another nation-wide lockdown, those below poverty line cannot handle another shut down as they lose their daily wages.
Countries worldwide are sending their supplies for India, and the government, too, is ramping things up. With the vaccination drive going in full swing and the majority of the population getting their first dose of vaccine, health experts suggest there will be a decline at least by the end of June. But this story can be valid only if we report actual numbers. Scientists, astrologers and godmen can always say a date for the pandemic to end, but those privileged citizens always have a way to stay at home and work and the rest can follow all standard operating procedure norms. The government, too, could rebuild and amp up things so that we don’t lose any more lives. We all thought 2020 was the worst, well, it seemed like that was just a trailer for the worst to happen, this year. Like always, we need to stay positive, stay safe and mask-up.

Back to Normal? A Post-vaccination Canada

As governments put a stop to social activities we previously took for granted, the question of finally returning back to the delicacies of ‘normal’ life lingers.

Staying safe these days may not just in reference to the pandemic, but also general social safety in our cities.