From lush landscapes to star-filled skies and the breathtaking beauty of some of the world’s most untouched natural wonders and pristine beaches, romance is never far away in New Zealand. 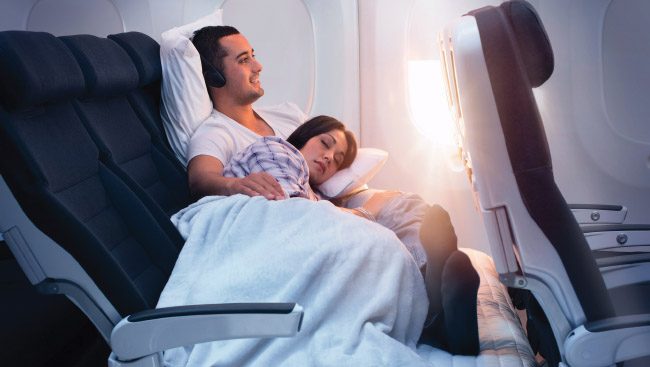 Secluded beaches and exotic rainforests. Geothermal wonderlands and snow-capped mountains. New Zealand’s landscapes are as romantic as they are varied. The country’s compact size lets you experience diverse experiences in stunning landscapes every day. For starry-eyed romantics, you will find a heavenly array of places to declare your love year-round.
Start the trip off right with Air New Zealand’s direct non-stop flight departing from Vancouver several days a week in “cuddle class.” The airline’s Skycouch allows two people to share three economy seats, helping couples to arrive in Auckland rested and well-snuggled. 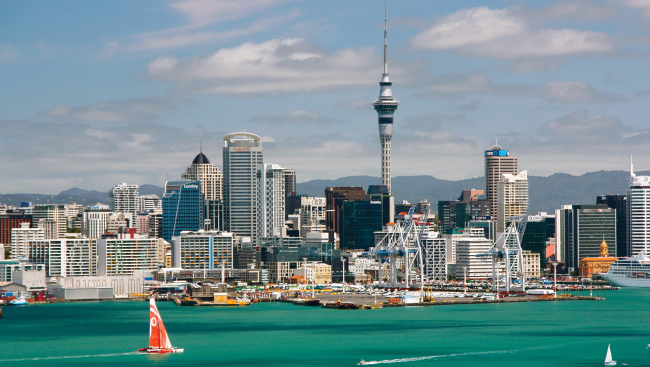 Appreciate the beauty of Auckland’s Waitemata Harbour from above in an amphibious plane. With the sea as your runway, these robust little machines taxi out through the wharves of Wynyard Quarter before soaring over the island jewels of the Hauraki Gulf. Auckland Seaplanes CEO Chris Sattler describes their most popular proposal package: “We fly the guests to magnificent Motuihe Island, then leave them on a deserted beach with a bottle of chilled bubbles. Returning some time later, we fly the happy couple on to Waiheke for lunch, to enjoy the rest of the day or stay overnight. We’ve never had anyone say ‘no’ yet.” 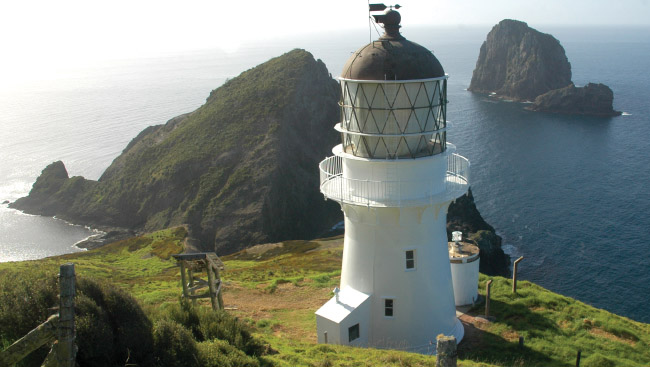 If your sweetheart is an active type, before asking for their hand in marriage, you might want to take them to the Cape Brett Walkway in the Far North. This hearty 16km hike to an isolated lighthouse takes eight hours, unless you take the shortcut and charter a water taxi part of the way, which can slash the trip to a two-hour (5km) ramble. With plenty of stunning sites to declare your everlasting love, you’ll want to speak in a clear voice to be heard over the raucous tweets of native birds, the roar of the sea, and the wind in the branches of the manuka trees.
Gazing up at the heavens can often make a couple feel like they want this moment to last forever. If you are aiming for the stars, you’d be hard pressed to find a rival for the South Island’s phenomenal starscape at the Aoraki Mackenzie Dark Night Reserve. With a designated 4,300sq km light pollution-free zone, the only thing close to the sparkle of your love will be the glittering constellations up above. 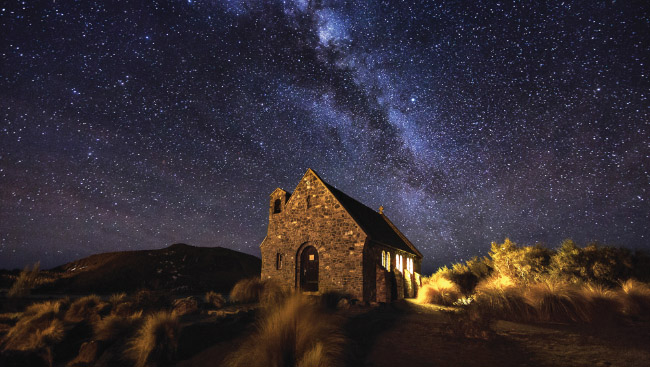 Once a bustling Central Otago gold-mining town, Clyde sits beside the Clutha River and is popular with history buffs, cycling enthusiasts and walkers. But the jewel in Clyde’s crown is surely the lovingly restored Olivers Lodge and Stables, an elegantly historic accommodation complex that deserves every one of its five stars. Beautifully appointed with fabulous gardens, it’s no surprise that Olivers plays host to plenty of proposals. Featuring rooms with claw-foot baths and wide beds, not to mention the exquisite food, wine and service in their bakery, deli and brewery, this is a place you won’t want to leave.
A long walk with your loved one is a magical way to nurture a relationship, making the Te Araroa Trail an outstanding place to pop the question. Starting at the tip of the North Island and finishing in Bluff in the South, this journey takes 50-80 days per island to complete. If your relationship can withstand that, you’re a shoo-in for a lifelong commitment. 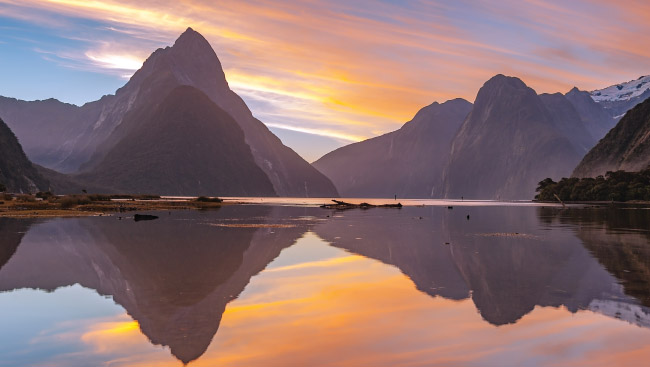 With so many picturesque spots, it’s hard to pick just one on-bended-knee moment, but it’s recommended to stop about halfway along on the Paekakariki Trail, just outside Wellington. Choose between the very top of the Devil’s Staircase with impressive views of the Kapiti Coast, or in the middle of one of the breathtaking swing bridges along the way.
From lush landscapes to star-filled skies and the breathtaking beauty of some of the world’s most untouched natural wonders and pristine beaches, romance is never far away in New Zealand.
Photos: Auckland Seaplanes, Three Sixty Photography, Department of Conservation, iStock
Prev Next

The islands of Tahiti are much closer than many think, just an eight-hour non-stop flight from Los Angeles with daily departures on Air Tahiti Nui. Receiving as many tourists in an entire year as Hawaii gets in about 12 days, and only a few more hours in the air, makes the islands of Tahiti the perfect honeymoon getaway.

Heading To Switzerland? Keep These In Your Check-List

Here are some off-beat activities you need to do to make your trip a memorable one!

Whether it is the middle of summer or the dark days of winter, Tofino, British Columbia is an outdoor retreat that will leave a lasting impression, creating memories you will revisit forever.