Though pure EVs like the Recharge versions of the XC40 and C40 are taking a lot of the Volvo spotlight, the automaker released the revised XC90 T8 AWD Recharge — formerly simply called the T8 — earlier this year that promises fans of the plug-in mid-size SUV added performance and efficiency. 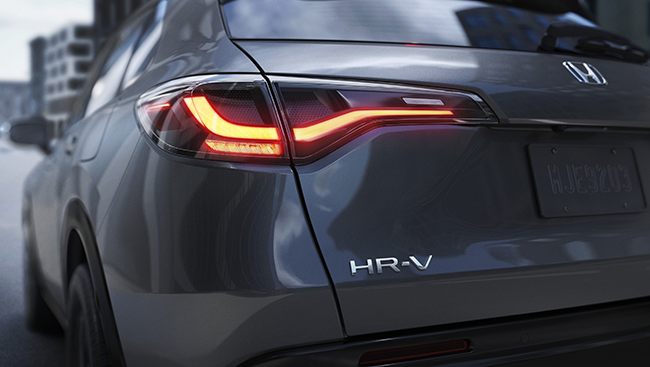 “Plug-in hybrid electric vehicles play an important role in the shift to electrification,” says Matt Girgis, managing director, Volvo Car Canada, in a press release. “These upgraded powertrains will demonstrate the many benefits of an electric future and will serve as an enabling technology that will encourage more consumers to adopt the electric lifestyle.”

Many components under the bodywork have been updated including a new long-range battery incorporating a third layer of cells thus increasing the capacity from 11.6 kilowatt-hours to 18.8. This allows approximately 58 kilometres of zero emissions propulsion on a single charge — double the previous amount. The rear electric motor is beefed up too delivering 143 horsepower compared to 87 before. Total output is now 455 horses, which is the most the brand has ever produced. 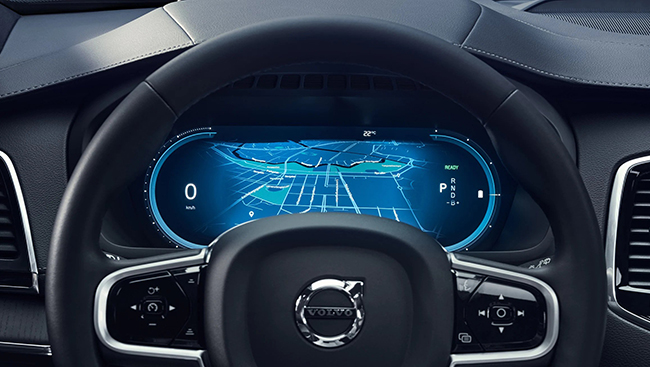 The increased power to the back axle sharpens the handling of the big SUV, and improves the all-wheel drive system helping provide extra grip and towing capability. Granted the XC90 weighs 2,265 kilograms so don’t expect pavement-ripping acceleration and traction but going 0 to 100 km takes only 5.6 seconds and it’s just a joy to pilot on the highway, for example travelling to Whistler as I did. And while the physical footprint is on the larger side, visibility is excellent and daily driving and parking is not too difficult at all. 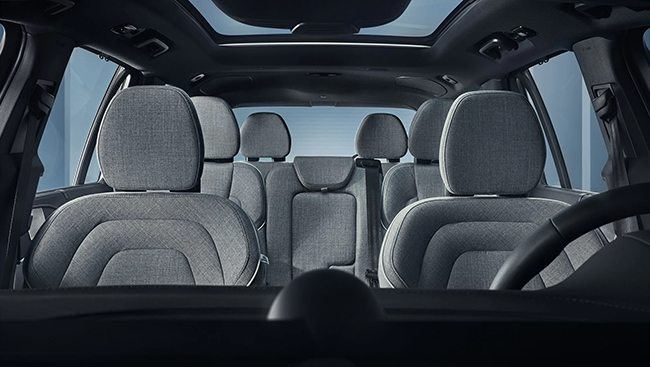 Another refresh bonus is the introduction of a one-pedal mode, already seen on the aforementioned XC40 and C40. When activated, the vehicle automatically slows down whenever the foot is taken off the accelerator, a feature both convenient and practical because the resulting kinetic energy created is converted and put back into the battery. 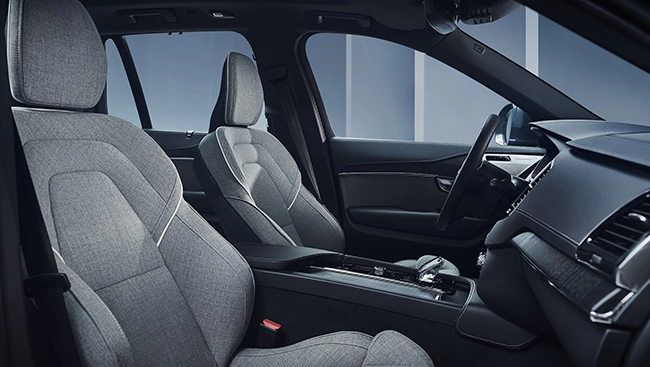 On the same topic, during regular operation regenerative braking happens automatically whenever there’s gentle pressure applied to the brake pedal or engine braking takes place. The process isn’t the most obvious and the addition of paddle shifters to alter the level of regeneration would be nice, as seen on some competitors.

Stylistically there are no other changes since the facelift back in 2019 where the front and rear fascias were spruced up and a more contoured grille swapped in. The various polished aluminum bits around the exterior really lend an air of class to the appearance, and the Thor’s Hammer signature LED daytime running lights remain one of the most distinctive and cool in the industry.

The three-row interior is beautiful, especially in the Inscription trim Darpan was loaned and bundling the Lounge Package (+ $1,700) with the massaging driver and passenger seats and nubuck headliner. The cargo area is also generous regardless of whether the bench seating is upright or folded.

Those that want to ditch fuel completely may be interested to learn a gasoline-free replacement is on the way, able to go 600 kilometres between charges. Dubbed the EX90, deliveries are expected to begin early 2024.

What’s better than a Mercedes-Benz wagon? Why, an off-road version naturally. The 2022 E 450 4MATIC All-Terrain is the vehicle we didn’t know we needed, offered as part of the refresh a couple of years back. And it’s pretty darn cool.

The cockpit is still driver-focused, with some pretty premium appointments including a hand-stitched leather wrap on the centre console and padded knee bolsters, and aluminum door handles and trim. The only cheap-looking part was the plastic paddle shifters on the steering wheel.

Most noticeable at the front is a new nose section with black trim surrounding the centre air intake. Full LED lighting featuring the Porsche Dynamic Light System, which automatically bends the beam into a corner for better visibility, is now standard across the lineup as are the Sport Design style wing mirrors.

Built upon the TNGA-K platform, the slim LED headlamps and full-width LED taillight bar, sloping roof and large 19-inch multi-spoke “super chrome” two-tone alloy wheels on the Limited grade Darpan evaluated make for quite a handsome product, actually. At 4,740 millimetres long the size is just right. Not too big or small.