While the world waits for the second-generation Macan EV, Porsche has subtly updated all trims of the current version including the surprisingly good base four-cylinder model that I tested over a week. Read on to learn more.

Most noticeable at the front is a new nose section with black trim surrounding the centre air intake. Full LED lighting featuring the Porsche Dynamic Light System, which automatically bends the beam into a corner for better visibility, is now standard across the lineup as are the Sport Design style wing mirrors. Though 19-inch wheels are the norm, the example Darpan was loaned had the Vesuvius Grey 20-inch S wheels (+ $4,320) equipped. 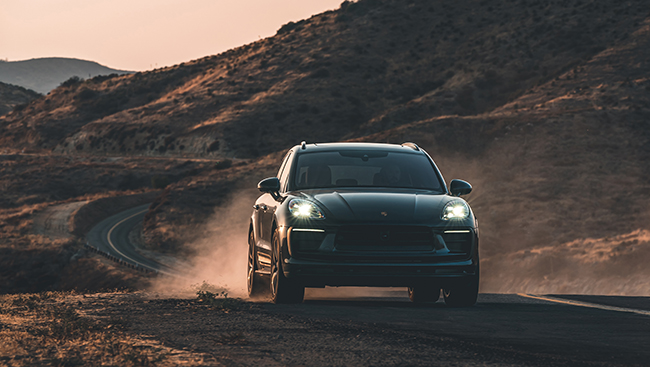 At the back the chunkier diffuser takes up more of the rear bumper’s real estate, wrapping around the black Sport Tailpipes (+ $1,090). A whopping 14 colours are now offered, some of them fresh ones like Papaya Metallic and Gentian Blue Metallic, however the simple Carrara White Metallic (+ $79) provides an undeniably clean look.

For those seeking a truly bespoke experience, the Porsche Exclusive Manufaktur  personalization program allows customers to really get specific choosing the materials and special details to be used and added throughout the cabin. Or, simply choose one of the gorgeous pre-selected packages (ours was the + $2,230 Black/Bordeaux Red variant). 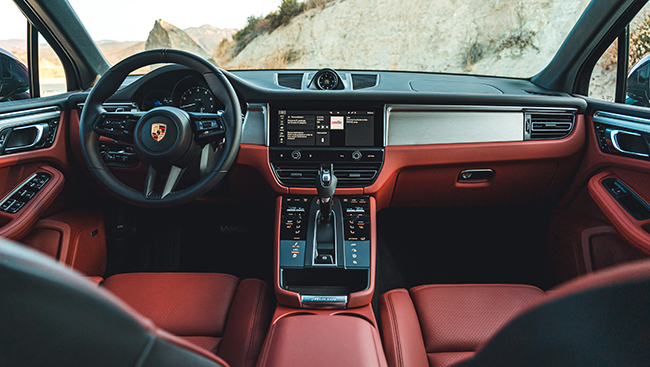 Enthusiasts will notice the facelifted Macan centre console is missing some buttons. Correction, a lot of buttons. They have instead been replaced with a haptic touch panel giving off a minimalistic vibe. Sometimes when manufacturers do this the transition can go sideways, but to balance things out a select number of analog controls remain scattered throughout the interior. The sporty/classy analogue clock sitting atop the dash and shorter leather gear knob are nice touches, too. 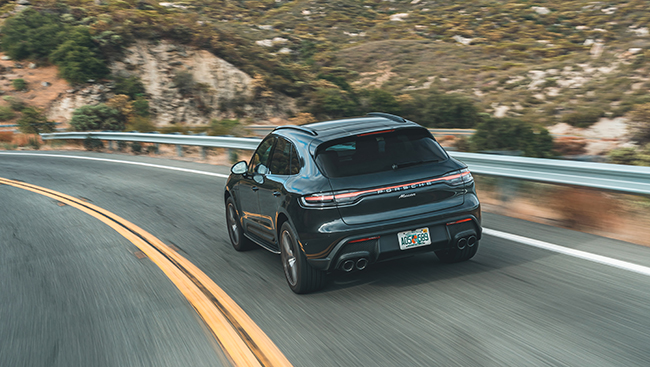 The argument could be made buying into the compact crossover segment a general lack of space is expected. And there really isn’t a whole lot of generous second row legroom or cargo capacity here. That said the vehicle is also on the performance spectrum where it shines, even in entry-level form.

The 2.0-litre turbocharged four-cylinder, mated to the always-excellent seven-gear PDK dual-clutch automatic transmission, under the hood is unchanged from when the engine was introduced in 2019. Making 261 horsepower and 295 lb-ft of torque, going 0 to 100 km/h takes just a tick over six seconds. And as a bonus, a nice burbly sound is heard when doing so — the exception and not the rule for a factory four-banger. The setup never felt slow or underpowered in daily driving conditions, and returned great fuel economy at the same time. 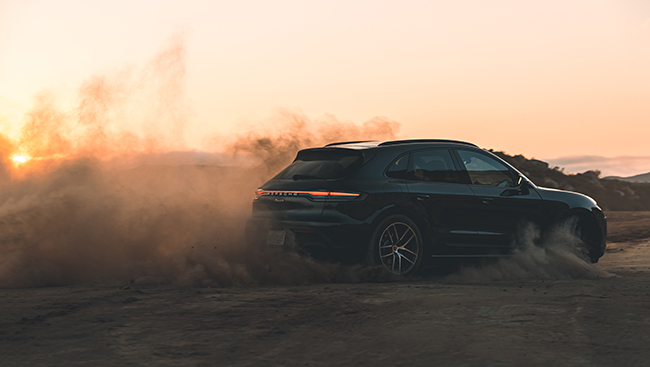 Handling is certainly above average in the class, and the Macan might have one of the tightest turning radius’ out there. Porsche Active Suspension Management is optional equipment, adding continuously adjusted damping force at each corner in response to driving input and road surface conditions. 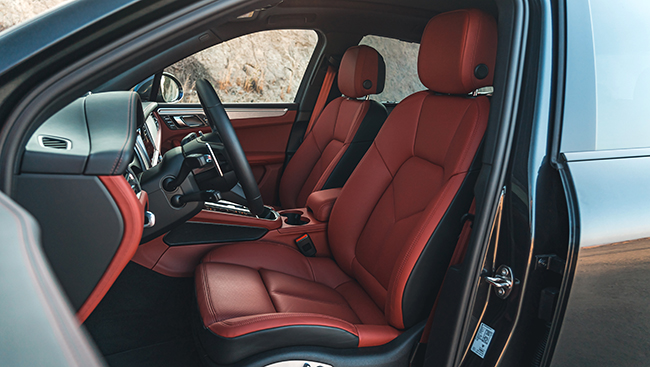 The 2022 Porsche Macan is assembled at the Leipzig, Germany facility, which is the brand’s second-ever production plant built at the turn of the century. Prices start at $58,500.

A longer and taller cargo area (up to 1,690 litres of space available when rear bench is folded) can accommodate some mighty large items — I was able to squeeze in a patio table and a full-size Ikea bookshelf on two separate occasions.