Big entertainers queue up at the cineplex marquee to enthral movie buffs as we inch towards the end of the year. From high-octane action dramas to gripping thrillers to fall-out-of-chair comedies — we have plenty to look forward. The much-awaited sequel Drishyam 2 starring Ajay Devgn and Tabu finally graces the big screen, followed by Varun Dhawan’s horror-comedy Bhediya.

The beginning of December brings another unusual treat — An Action Hero, which features Ayushmann Khurrana for the first time in an action role, this is followed by massy entertainers like Cirkus and Ganapath featuring Ranveer Singh and Tiger Shroff respectively. With such an eclectic range of films, there is no doubt that 2022 is going to conclude on a good note. 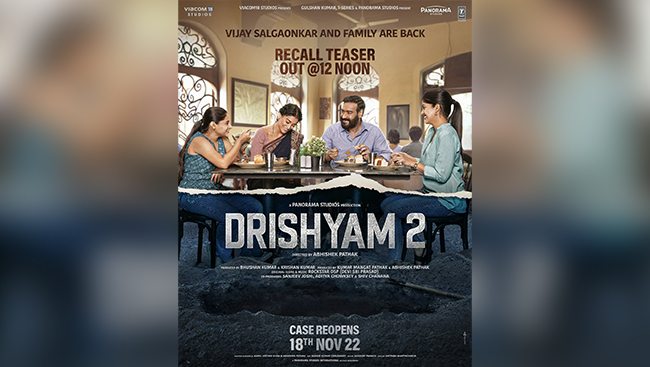 Drishyam 2, the sequel to Nishikant Kamat’s hit thriller from 2015, is undoubtedly one of the most anticipated movies of 2022. The crime thriller connects with the predecessor and continues the story of Vijay Salgaonkar and his family, who is still threatened by inspector Meera Deshmukh’s investigation of her son. Will Salgaonkar be able to protect his family this time, is the crux of the story. The film will see Ajay Devgn reprise his role as Vijay Salgaonkar, with Tabu and Shriya Saran reprising their role as inspector Meera and Nandini respectively. Akshaye Khanna is an interesting addition to the talented cast. While talking about the film, which is the official remake of the 2021 Malayalam film of the same name, Ajay Devgn said, “This film is very different from the original, and you don’t have Akshaye Khanna’s character in the original. So, it is treated in a different way.” What more could thriller fans ask for, right? 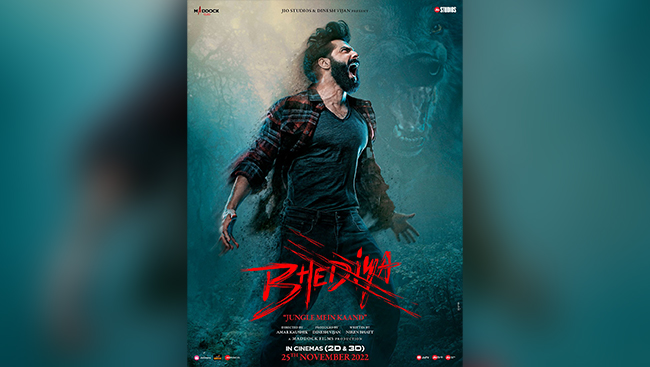 Maddock Films continue to illustrate its passion for unique horror comedies with Bhediya. The third instalment in Dinesh Vijan’s horror-comedy universe (earlier films include Stree and Roohi), Bhediya has a superhero-style storyline and revolves around Varun Dhawan’s character, who is bitten by a werewolf. Going by the movie trailer, viewers can rest assured that while Bhediya is loaded with humour, it also promises to go all out with visual effects with a Hollywood effects studio on board. Director Amar Kaushik said, “Our trailer gives a small taste of the enthralling adventure audiences are in for. Bhediya is crafted to be enjoyed in cinemas. It will fill you with a sense of awe, and wonder, and tickle your funny bone with laughs galore. We are glad that it arrives in all its big screen glory soon.” Starring talented actors like Varun Dhawan, Kriti Sanon, Deepak Dobriyal, and Abhishek Banerjee, this one isn’t to be missed.

Release date: December 2, 2022
Directed by: Anirudh Iyer
Starring: Ayushmann Khurrana, Jaideep Ahlawat
Emerging as one of the most celebrated and experimental actors thanks to his unique choice of movies, versatile actor Ayushmann Khurrana is once again piquing cinephiles’ curiosity with his upcoming action film – An Action Hero. An Action Hero is billed as a slick action drama with an off-beat satirical sense of humour, and what’s even more exciting is the fact that this is the first time Ayushmann Khurrana will be seen in an action film. Talking about the film, Ayushmann said, “I absolutely loved the script of Action Hero instantly. It's zany, it's fresh, it's disruptive, and it has all the trappings of cinema that I have come to be known for.” With packaging like that, An Action Hero certainly will be worth watching. 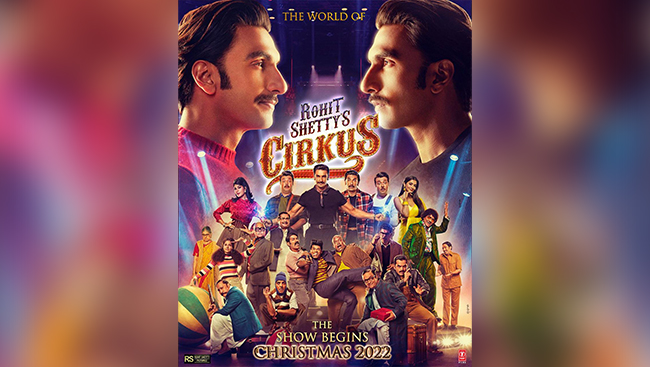 The king of blockbusters — Rohit Shetty — is all set to bring back madness to the big screen with his upcoming film Cirkus. The film, which also marks Rohit Shetty and Ranveer Singh’s third outing after the hugely successful Simmba and Sooryavanshi, is based on Shakespeare's classic play The Comedy of Errors and promises to be a laugh-riot. Commenting about the film, Rohit Shetty said, “It has all the elements of Golmaal, and all the Golmaal characters – from Sanjay Mishra to Mukesh Tiwari, Johnny Lever, Ashwini Kalsekar. This film is for the audience who loved Golmaal, All The Best and Bol Bachchan.” While not much is known about the plot, going by Rohit Shetty’s track record, Cirkus with its eclectic star cast will be an absolute treat. 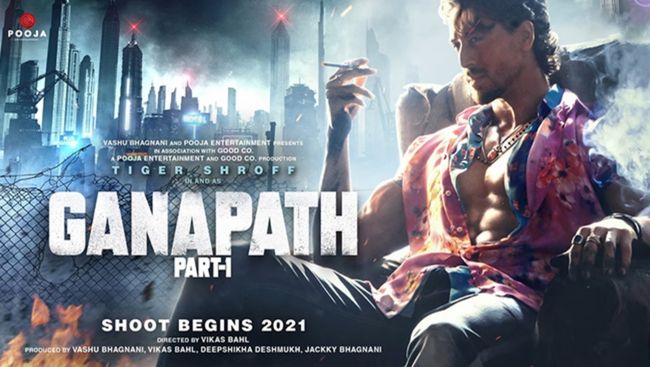 After Heropanti 2, Bollywood’s action star Tiger Shroff, who is known for his high-octane stunt sequences, is all set to return to the big screen this year with yet another thriller — Ganapath. Interestingly, the film also stars his Heropanti 1 co-star Kriti Sanon and the duo shall be seen sharing the screen space after eight long years. While everyone is tight-lipped about the project, Kriti got candid about the film and said, “It's a very different world. I think the way I am looking in that film and I am also doing action for the first time. It's a very grungy world, something that has not seen before. There's no visual reference for that film here. So, it's going to be something new.” Well, we can’t wait to watch this film either, especially because the film also stars the megastar of Bollywood — Amitabh Bachchan.

Movies To Watch On Big Screen This Festive Season

The good news is, after a lull of almost two years, there is a bountiful feast in store for movie buffs this festive season. So, gear up, for a crackling and dhamakedar Diwali at the movie halls, here’s what’s in store for you.

Check out our specially curated list of gifts that will help you spread happy vibes, festive cheer, and good health. Whether you are looking for presents for your best friend, your family, your loved ones or even yourself, we assure you these gifting ideas will not only help you ditch the usual but also show your loved ones that you truly careabout their well-being and happiness.

What Diwali means to you?

Diwali is a time to celebrate a number of things from family and friends to good triumphing over evil. We are happy to share the following Diwali memories with you. Wishing you all a Happy Diwali, may you and your family be blessed with happiness, health, and prosperity!

University can be a time of transition, with an arguably steep learning curve from both an educational and personal lens. As students enter a new phase of their lives, tips and tricks can come in quite handy to navigate the halls of their campus and beyond. DARPAN chats with current and former students to shine the spotlight on how students can make the most out of their university career and set themselves up for success:

The VFX domination begins with Ranbir Kapoor’s much-awaited Brahmāstra, followed by Hrithik and Saif’s Vikram Vedha and Akshay Kumar’s Ram Setu. Interestingly, all these films are inspired by Indian mythology and folklore. Then there is also the feel-good family drama Goodbye and the daring tale of a fierce woman pilot — Tejas in store for movie buffs.